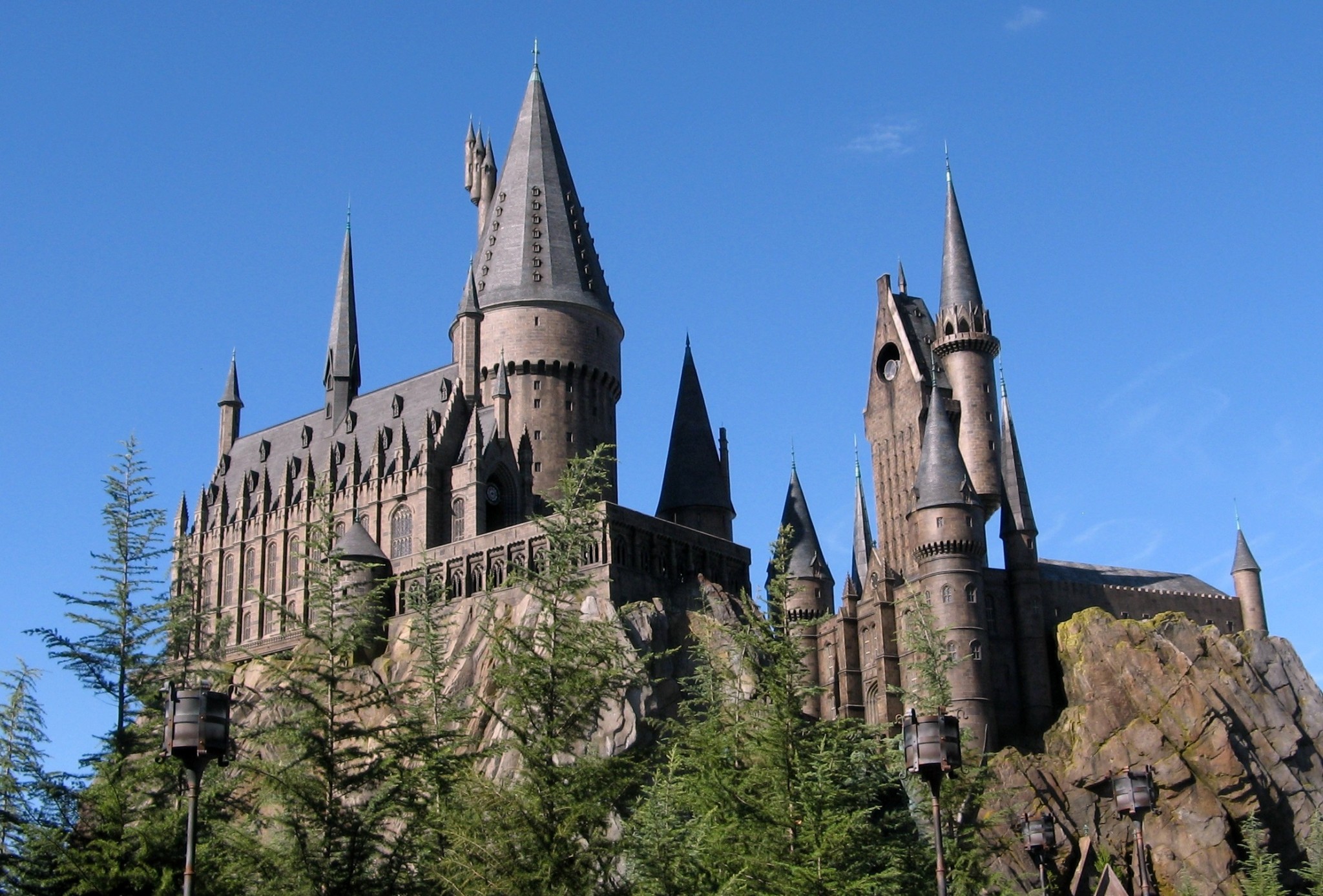 What might have seemed at first glance like an elaborate game night with friends Friday, April 14th turned out to be none other than the waiting room of the College of William and Mary’s Triwizard Tournament. Students sat cross-legged on the carpet, playing board games like Twister, Jenga and Pit, while excitedly shouting “two for two” and “three for three” as they reached over each other and slammed cards on the carpet. The Harry Potter soundtrack swelled in the background, floating above the towering Quidditch posts. On black tables shone gold coins, plastic Harry Potter glasses and jars of jelly beans; in the corner, potions swirled with glitter, fizzing over the tops of their jars.

The Triwizard Tournament is the magical competition from the “Harry Potter” series, where select students from the wizarding schools Hogwarts, Beauxbatons and Durmstrang face off in three challenges. AMP recreated this event for students of the College last Friday.

A main feature of the evening was the two escape rooms based on the Tournament’s dragon challenge and maze challenge. An AMP member read a series of chronological clues to help students look for items in the room. Each led up to the final clue that would reveal where the ultimate objective  was hidden. Harry Potter-themed prizes were available for the team with the best escape time.

“For the dragon room, we have the goal of finding the egg and defeating the dragon, and for the maze room, the goal is to find the trophy,” head of AMP’s Late Nite committee Anh Tran ’17 said. “But if you’ve watched the movies or [if] you’ve read the book, then [you’ll remember that] you encounter Voldemort in the graveyard, right? So, the ultimate goal is actually finding the spell that defeats Voldemort.”

The Wizards and Muggles Club first proposed the Tournament using AMP’s online co-sponsorship form. Once AMP received the request, it was circulated among AMP’s nine student-run committees until Tran and AMP Interns committee member Mags Assaf ’18 decided to pick it up.

“[The Wizards and Muggles Club] just reached out broadly to AMP [and] … people on my Committee also were interested in doing something with Harry Potter, so it was just a natural match,” Kevin Nelson ’18, the chair of AMP’s Interns committee said. “Our committee kind of picked it up with the Late Nite committee … so we had two committees interested, and we said, ‘Ok, let’s work together on this.’”

Once the Late Nite and Interns committees agreed to sponsor the event, members from both groups began to work with the Wizards and Muggles Club on planning the details. The organizers decided to have a waiting room area filled with Harry Potter-themed snacks and activities for Harry Potter fanatics — and casual fans — to enjoy.

“We have a photobooth in here, and I brought in my own robes [and] I brought in two interactive wands, and I have my Hufflepuff scarf,” Assaf said. “Not everyone on the [AMP] Committee likes Harry Potter, but enough do and it’s a big enough thing where people can come and have fun, and even if they don’t watch the … movies or read the books, they can pose with the wands [or] our 9 3/4 wall.”

Many of the activities in the waiting room would appeal to anyone, not simply die-hard Harry Potter fans. Assaf reached out to the Quidditch team and invited them to collaborate on the event, so members of the team handed out frothy glasses of Butterbeer, made from their secret recipe, to thirsty competitors. The team also displayed some of their brooms, posts and other equipment to encourage students to consider joining the team.

Despite the fact the Triwizard Tournament was originally a competition, this event involved many different types of collaboration — within the different AMP committees, between AMP and the various clubs involved and between the Harry Potter fans running the event and students who are new to the series. As Assaf commented, one of the appeals of AMP is that it works with groups on campus who are interested in hosting an event but lack the funds to pull it off, and it helps them to create a magical night.

“It’s really fun for me, to actually be passionate about something and plan it out,” Assaf said. “Like, we did a Triwizard Tournament. Who else can say that?”