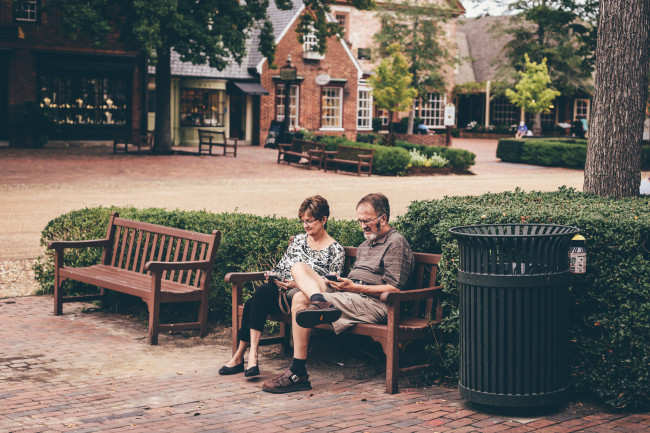 The Christopher Wren Association, a lifelong learning program affiliated with the College of William and Mary, recently increased their membership prices due to budget constraints.

The CWA provides educational opportunities to members of the Williamsburg community through its Town and Gown series and regularly scheduled courses. The Association is an independently funded arm of the College that provides learning opportunities to approximately 2,200 community members.

The financial troubles started after current CWA President Bill Riffer had to move $45,000 from the program’s reserve to cover extra costs endured the previous year.

I came on as the president last May in 2016, and the first thing that I noted was that we were going to have to move $45,000 from our ready cash reserves in order to cover shortfall in our budget from the year 2015-2016,” Riffer said.

“I came on as the president last May in 2016, and the first thing that I noted was that we were going to have to move $45,000 from our ready cash reserves in order to cover shortfall in our budget from the year 2015-2016,” Riffer said.

After the previous year’s extra costs had been taken care of, the CWA had to purchase new class registration software. The previous program crashed during initial registration almost as soon as the registration period opened and the process had to be prolonged for days.

Riffer said the new program requires a larger staff to maintain it, and, combined with the costs of the software, the budget fell to pieces.

“So, we hired new staff, bought the new software program and that’s what blew our budget all apart,” Riffer said.
The only consistent source of revenue that the CWA receives is membership tuitions. The program also receives endowments from various donors; however, CWA Director Scherry Barra said they generally do not use these funds to pay for general expenses.
“For most of the years of our existence we never did use [endowments]; we just let the money roll back over in to the principle amount and continue to grow,” Barra said.

The CWA is staffed entirely by volunteers except for five staff members, one of whom will be leaving in the coming months and will not be replaced.

“What we did do was compromise with the board that they gave us a dollar amount to use toward temp help so that at our busy peak times, they would not use those labor hours,” Barra said.

In addition to increasing membership dues, the CWA cut the number of Town and Gown lectures from eight to six, increased prices for parking passes and temporarily suspended grants to the College.

Riffer said these cuts were difficult to make but received a great deal of attention and were not made lightly.

“We decided to take a look at spending,” Riffer said. “The going-in argument on that discussion was we were not going to cut anything that threatened the actual core program … In the end, we ended up saving somewhere around 50 grand or so. Some of those cuts were very, very painful.”

However, even with cuts to spending, Riffer knew membership tuitions would have to increase. He said a team was brought in to analyze the market value, and they found that their program was very low-priced compared to the number and quality of courses they offered.

“It was clear that that wasn’t enough. We were going to have to raise rates,” Riffer said. “We all heard how good the program is; how what a good deal Christopher Wren is compared to other lifelong learning institutes. … So, we actually asked for a formal analysis of how we stack up … and what came out of that analysis was that the average tuition for somebody in a lifelong learning institute in that population was 157 dollars for a semester, and at that time we were charging 100. So, we were way underpriced.”

Charles “Chuck” Buell has been taking courses with the CWA for 17 years. He said he has enjoyed his classmates and the wide variety of courses that the CWA offers.

I moved down here about 17 years ago, and I started taking classes then, and I take a large variety of classes — medical, financial planning, history, photography — just about everything you’d think of,” Buell said.

“I moved down here about 17 years ago, and I started taking classes then, and I take a large variety of classes — medical, financial planning, history, photography — just about everything you’d think of,” Buell said. “I’ve really enjoyed the classes very much. One of the best parts of them are the people in the audience — that they come from such a wide and varied background.”

Buell said the courses offered by the CWA and the connections he has made with members of the Williamsburg community are very important to those enrolled in the program.

“It gives them involvement with each other,” Buell said. “The Town and Gown series — sit down at the table and meet people and hear a good speaker. Just the people you meet.”

Buell said he supports the membership price increase and said he can’t image having to end the program.

“[I] strongly support it,” Buell said. “I’m heavily involved, and I know the whole thing is kind of a bare bones operation, and a small staff and a lot of volunteers, and I just can’t imagine having to end it.”