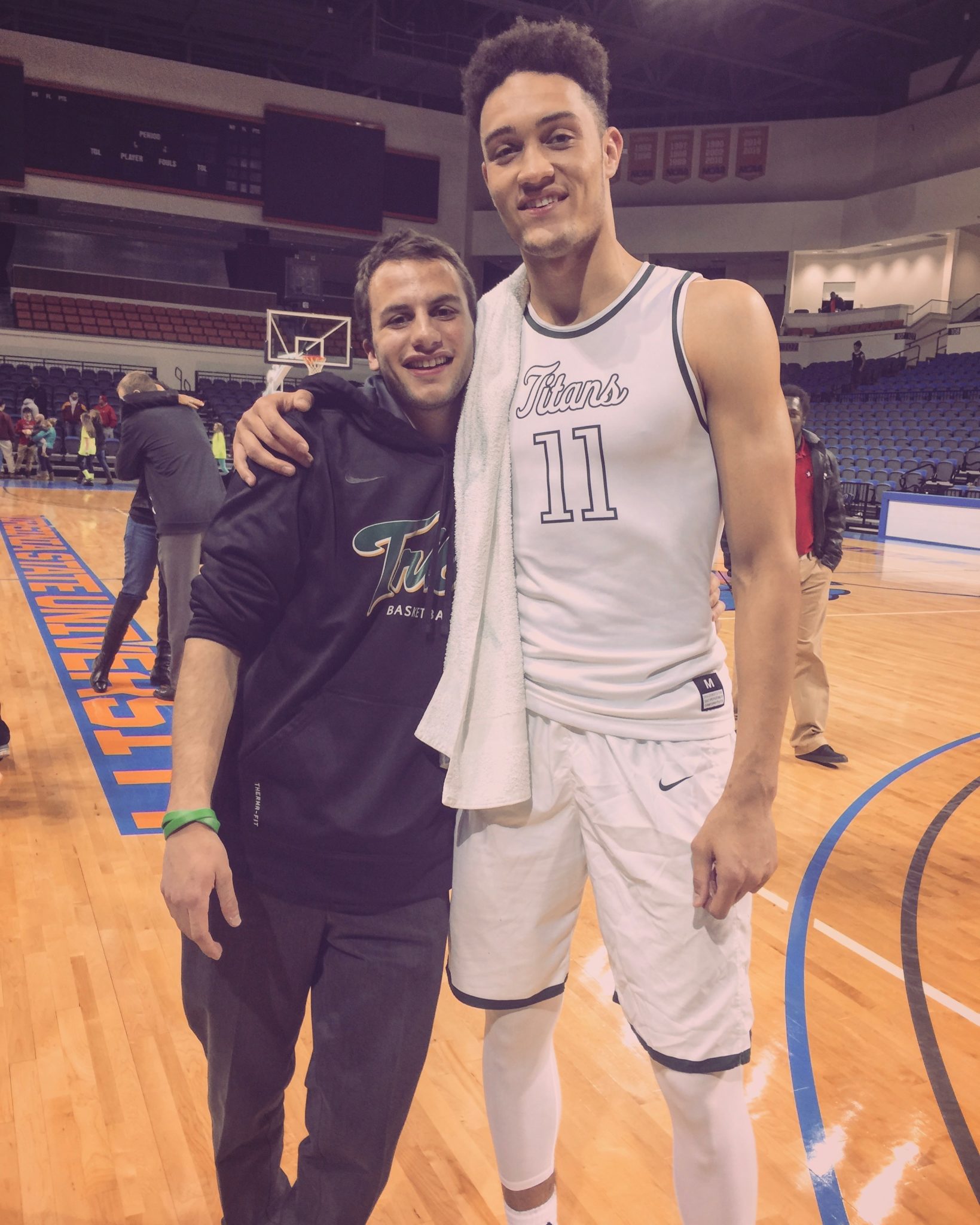 Bobby Oldfield ’20 is your typical College of William and Mary student and sports aficionado who was born a month early with Cerebral Palsy on the left side of his body.

Cerebral Palsy is a movement disorder that affects muscle tone, motor skills and posture and is caused by damage to the brain during early development. Oldfield learned how to live with his disorder early on in his life and has never let it hold him back. Taking his first steps at two and a half years old, Oldfield started proving from a young age that he was more than his disorder.

“I’ve had four surgeries on my left leg … and I went through years of physical therapy and I’ve gotten a lot stronger from where I was and the surgeries have helped me and so I ended up just learning how to deal with it just because I didn’t know anything else,” Oldfield said.

Falling in love with sports at an early age, Oldfield has always dreamed of being an athlete and has seen that dream come true through sports management. He managed three different sports at his alma mater Trinity Episcopal High School and currently manages the men’s basketball team at the College. Pursuing pre-law, Oldfield hopes to carry his passion for athletics into his future as a sport’s agent.

Oldfield had the chance take a break from managing and dress out for the game during his Senior night at Trinity.

“The coaches came up to me and asked me if I wanted to suit up for the game and I ended up entering the game in overtime when we were up seven and I ended up sinking a three pointer at the buzzer,” Oldfield said. “It was something that was sort of like the culmination of all of the work that I’d put in for those four years at Trinity and it was just a really special moment and it was one of the best moments of my life.”

Despite not having much time on the court besides pick-up games with his friends, Oldfield said he’s never felt like his disorder has kept him from pursuing his love of sports.

Success does not lead to happiness, happiness leads to success and that’s my life motto.

“It’s not that big of a deal for me,” Oldfield said. “It’s just become something that I’ve sort of learned to live with and it doesn’t affect me or keep me from doing anything that I want to do.”

Oldfield said his love for athletics expands beyond the game. He is drawn to sports because of their ability to bring people together and build communities.

Cerebral Palsy can be a debilitating disorder for some, but it quickly became a regular part of Oldfield’s everyday life. Even after four surgeries and years of physical therapy, he’s never let it affect how people treat him.

“I’ve come to accept it and like I love the person that I am and that’s the most important thing to me in that I know that people probably look at me in a slightly different way sometimes because of that but it doesn’t really bother me because I am confident in who I am,” Oldfield said.

Oldfield’s biggest inspiration has been his parents, who have always encouraged him to pursue his passions.

“They’ve been so supportive of me in everything that I’ve done and they’ve continually supported me and given me opportunities to do the things that I just love to do and that is something that I will be forever thankful for,” Oldfield said.

It’s just become something that I’ve sort of learned to live with and it doesn’t affect me or keep me from doing anything that I want to do.

According to Oldfield, everyone’s experience with Cerebral Palsy is different and it’s important not to judge someone’s abilities based on their disorder.

“I would say to people don’t judge a book by its cover basically and I mean, I’ve made so many awesome friends and I’ve met so many awesome people,” Oldfield said. “I just don’t want anybody to like feel bad for me or give me special treatment because of it … I just want to be viewed as like a normal kid. That’s really what I’ve always wanted.”

Persevering in spite of a childhood disorder is not an easy feat, yet Oldfield has never let it hold him back. A student, an athlete, a manager and a friend, Oldfield has always let his happiness lead him to his success.

“Success does not lead to happiness, happiness leads to success and that’s my life motto,” Oldfield said.