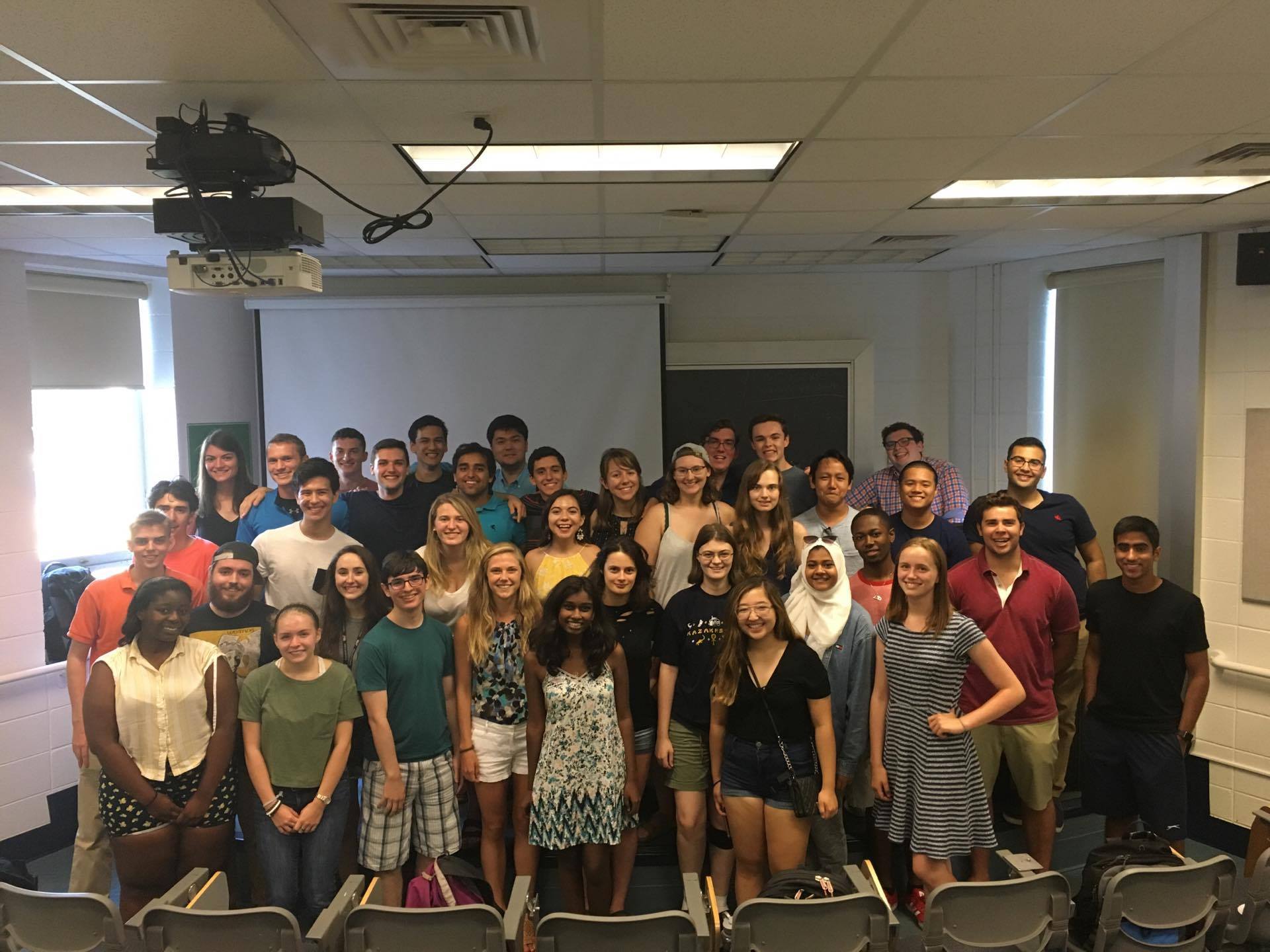 The Debate Society engages in parliamentary-style debate. The typical debate matchup is two teams from separate schools composed of two members each. One team, in the role of government, will propose a topic for debate to the opposing team, which the two teams will argue over for a round. After each round, the two teams switch who presents the topic. The Debate Society typically sends 10-15 people to a debate, but it sometimes pairs up with debaters from other schools.

The Debate Society debates a large number of interesting topics. The teams argue over anything from philosophy to government policy. For example, the Debate Society has tackled the idea of the African Union creating a joint military task force to fight terrorism, as well as the merits of empiricism and rationalism as philosophies.

“It can really be anything,” Debate Society Vice President of Finance Jessica Berry ’18 said. “It can be ‘Should we allow earmarks in congress again?’ to ‘Kendrick Lamar really shouldn’t be using the name Kung Fu Kenny.’”

One of the really cool accomplishments is that our team, at this point, is the most diverse it has been.

Tournaments for debate typically happen on the weekend. Fitting it into their already tight schedules, students in the Debate Society choose to attend when convenient. Debate Society members are involved in various activities around campus. For example, Debate Society President Sraavya Poonuganti ’19, is a member of Tribetones and Berry is an editor for The Monitor.

“Most people on the debate team major in government, public policy or international relations, but we’ll get people who are interested in biology or French and they bring a totally different perspective to the team,” said Debate Society Vice President of Education Evan Dotas ’19. “So instead of having a bunch of debates about Syria, someone will write a case about fish conservation.”

The Debate Society has a long track record of success. Currently, Berry is in the top 10 for rankings for Debater of the Year, and just last year, the Society made it to the semi-finals of Nationals. At the start of this debate season, Berry and Poonuganti won speaker awards along with two of their new novices, or new members of the debating world. Over the past three years, the Debate Society has had two of the top debaters in the country. Aaron Murphy was the first African American to take home the title of top debater, and Jerusalem Demsas was the first African-American woman to win the title.

“One of the really cool accomplishments is that our team, at this point, is the most diverse it has been,” said Poonuganti about the diversity of the Debate Society. “We’ve accepted the most amount of girls. We lead very well by example in making our team inclusive.”

Poonuganti is also a chair of the APDA’s Equal Opportunity Facilitators Committee. The EOFS Committee’s members are made up of students from several colleges such as Tufts, Brown, Harvard and UVA. In this role, Poonuganti serves as an equity officer at tournaments. For example, Poonuganti will make sure that people refer to each other using their preferred pronouns and avoid sexist comments during debates. Dotas is also chair of the Novice Mentor Committee, which tutors debate novices.