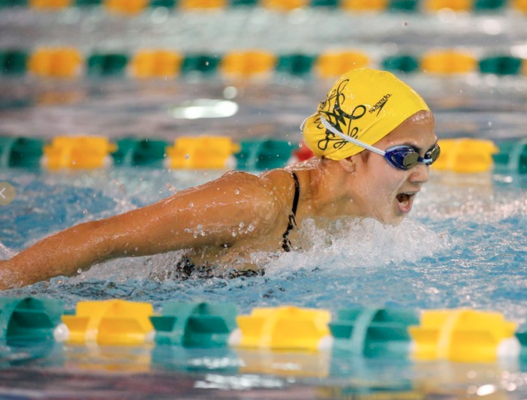 Both the men’s and women’s teams cruised to easy victories as William and Mary faced off in a non-conference meet against Virginia Military Institute. The women’s team dominated the Keydets with a 162-37 victory, while the men’s squad did not have much more difficulty in securing its 150-55 win.

The women’s team got off to a fast start with a huge victory in the 400-yard medley relay. The team of freshman Madeline High, senior Jess Crowley, senior Rachel Anderson and freshman Tara Tiernan claimed the win in a time of 4:01.75, seven seconds ahead of any other relay team. The highest-placing relay team for the Keydets came in fourth and finished more than 25 seconds after the winning Tribe team.

The College (7-2) picked up victories in all 11 events and was helped by strong individual performances. Junior Emily Schroeder earned victories in both of her individual events, the 200 and 100-yard freestyle. In the 200, she won by just under a second over her teammate, sophomore Norah Hunt. Schroeder swam the race in 1:59.44. Later in the meet, Schroeder picked up another victory in the 100-yard freestyle with a time of 54.51. She just edged out Crowley, who touched the wall at 54.72. High also had a strong day, swimming on two winning relay teams and winning an individual event. High won the 200-yard backstroke in a time of 2:10.74. She beat all other swimmers in this event by 6.5 seconds. In the last event of the day, High teamed up with Schroeder, senior Meghan Schilken, and sophomore Yuka Kuwahara for the 200-yard freestyle relay. The team won the race with a time of 1:41.69 and the College took the top three spots in the race once again.

The men’s team also dominated the Keydets en route to its victory. The Tribe (6-1) opened with a win in the 400-yard medley relay. Sophomore Philip Barto, sophomore Colin Wright, senior Wyatt Grubb and freshman Devin McNulty teamed up to finish with a time of 3:33.97, beating the highest-finishing Keydets team by over two seconds.

The College won all but one of its events at the meet. Senior Conrad Zamparello posted two victories on the day for the College. He won the 1,000-yard freestyle in 9:52.48, nearly 10 seconds ahead of his closest competitor. Later in the meet, he finished first in the 200-yard breaststroke. He posted a time of 2:12.72 to claim his second victory of the day by over eight seconds. In the final event of the day, the College won the 200-yard freestyle relay in a time of 1:25.06. Junior Eric Grimes, sophomore Jack Doherty, Wright and senior Kyle Neri teamed up for the victory in the last event of the meet.