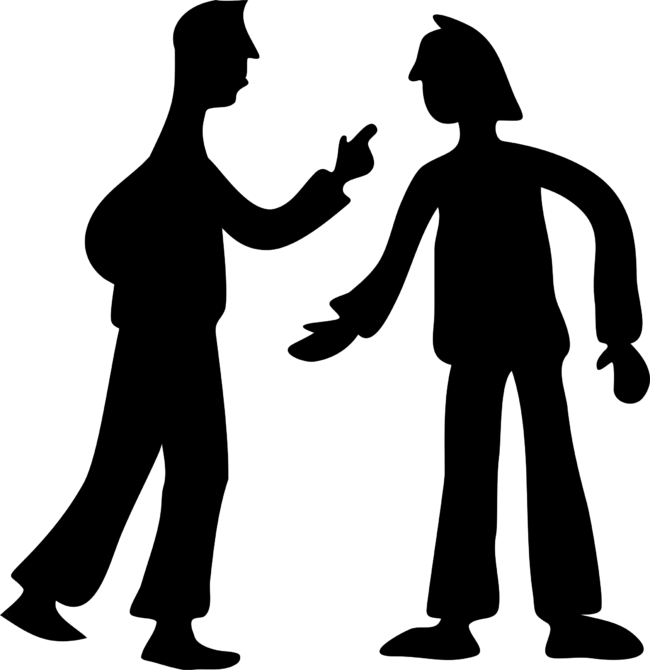 You wake up to the image of your ceiling. There is the pervasive sensation of having the right half of your body shiver in the night air while simultaneously, the left half is engulfed by your radiator of a partner. You finagle your way out of bed and begin walking across the floor, hoping to get to your mini fridge and get your hands on a fresh bottle of water. You slowly tiptoe across the tile floor. As you set the third step down, a sharp, acute pain emanates from the sole of your foot and up your body. As your foot jolts up your focus snaps downward, placing its crosshairs on an unforeseen pair of your partner’s shoes.

Now, at this moment, a choice is presented: Is this the sort of thing that can be easily shrugged off, or could this be the last straw that breaks the camel’s back once it is paired with loud chewing, bad punchlines and crumbs in the bed? We all have certain limits for what we will take in a partnership — be they tolerable and soft or definite and hard — whether the relationship is romantic, sexual, both or neither in nature.

As we experience relationship after relationship, we find out which sorts of things tend to bother us, and which don’t. After brainstorming a few hot-button limits, I asked around to get a feel for any common limits or any that I would not have thought of; common answers covered topics from masculinity to politics.

It was also interesting to see a variety of opinions about the same questions, yet a consensus surrounding others. One of the more clear-cut limits was, not a shocker, cheating or a similar breaking of an arrangement.

However, one of the more disputed topics was that of smoking. For many people, it’s impossible to think of dating a smoker — they smell like tobacco, probably won’t live as long and cough in the middle of the night. For several, this is a hard limit. For some, however, smoking is a soft limit that can be accepted but is just not preferred. For others, seeing a significant other light up is seen as a turn-on.

Several conversations steered in the direction of ideals. This primarily included topics like religion, relationship dynamics and political contentions. For questions of ideals, most people fell on the hard or soft-limit spectrum, as opposed to a turn-on. However, one could make the argument that a good debate is sexy. The harder of the three was relationship dynamics, whether that be condescension, controlling behavior or something of the like. Then came political contentions and finally matters of religion.

Another type of limit that commonly came up can be best described as “the little things:” the nail biting, the food smacking, the bad taste in music. In many cases, these are the actions which end up becoming the idiosyncrasies that make the partner who they are. But for some, these can be real, immovable objects. Typically, however, when these details are the deciding factor of a relationship, they are covering up a larger issue or are the result of a series of small issues.

Finally, for many people, sexual inconsistencies can become limits. Issues here typically include subjects such as oral sex, dominance dynamics and kinks. However, an important line exists here: that which lies between respecting a kink for your partner and keeping a comfortable environment for yourself. A partner who is expressing a kink should be heard and understood, but some kinks may not be something that you’re comfortable with, and that’s OK. Open, honest conversation may result in finding a way to incorporate something similar in the bedroom without breaking any boundaries or coming up with a slow progression over time which can be reassessed. However, it is important to remember that sometimes these things do get in the way of a partnership, and that too is OK.

Every interpersonal dynamic includes gives, takes and limits, making it that much more important for one to reflect on prior relationships in order to see which flags to look out for and whether they are precautionary or deal-breakers.

One thing that stood out to me on the sexual front was that of … to be continued.

William W. is a Behind Closed Doors columnist who wants you to recognize the red flags in relationships.