February is Black History Month, which honors and celebrates African-American achievements while simultaneously recognizing the haunting past that black populations have endured throughout America’s history. The College of William and Mary’s Black Student Organization sought to commemorate Black History Month in its own way: with BLACK Days.

BSO aims to create unity and representation on campus, harbor a safe space for students of color to socialize and interact, as well as promote black thought and support students’ needs. It is very active on campus in pursuit of its goals, setting up fundraisers, distributing scholarships, holding discussion panels and hosting back-to-school cookouts, among many other things.

BLACK Days was founded in February 2017 to both highlight black students and raise awareness of the prevalent issues surrounding the community.

Each Tuesday of Black History Month, BSO encouraged not just black students, but the entire campus to participate in showing support for the black community by dressing in all black.

Its main BLACK Days event took place Feb. 20, when the organization pushed for campus-wide participation in the campaign.

“It was kind of a day to highlight us as students and just embrace our culture, come together as a university — it’s not exclusively for African Americans,” BSOpresident Niya Gray ’19 said.

BSO’s goal in the campaign was to encourage the College to recognize and embrace African-American history, as well as to present issues that black citizens and students face every day. Since its inception last year, BSO has experienced a lot of support and involvement in BLACK Days from both students and faculty.

“When it first started, people were like, ‘Oh my god, what’s this? Why are you wearing all black?’ So … many students participated in it … and faculty,” the group’s social chair Lauren Covington ’19 said.

The group relies heavily on its social media pages, such as Facebook and Instagram, to publicize the events, as well as tabling in Sadler and putting up fliers around campus, among other marketing ploys.

“People would see us taking pictures, and would be like, ‘What are you guys doing?’” Covington said. “So then we’d explain to them what BLACK Days are, and then it got the word out.”

The Center for Student Diversity helped in bolstering the event by having some of its faculty members participate in BLACK Days, and it increased social media presence by posting captions on Instagram for the events.

“Some [other] faculty members would repost [the event], or like it on social media, but it was mostly the Center [for] Student Diversity [that helped with the event’s publicity],” Gray said.

With BLACK Days, the BSO hopes to bring issues of diverse representation within the College community to light.

“It’s that representation factor,” Gray said. “I know there’s not a lot of us of color on campus, so having a format or platform that actually highlights us and says, ‘We’re here. We matter.’ It’s something that we wanted to publicize.”

The current political climate also influences BLACK Days, with the founding of the event occurring after U.S. President Trump’s election to office.

“I feel like BLACK Days came about more after the Trump presidency, because a lot of things were happening on campus, and there were racist remarks going on,” Covington said. “I feel like [BLACK Days] was more to go with that issue as well … to say, ‘We are standing together as one’ … and more about bringing the community together.”

This year, BSO enjoyed the same amount of success with the campaign as it did last year and has not experienced any sort of pushback from the community. Despite previous instances on campus, BSO had no trouble inspiring the community to participate in the campaign.

“We are active,” Gray said. “We are doing events that better the community that aren’t just in the sphere of African Americans, but [for] the broader campus, as well.”

Gray said that BSO encourages all students to participate in its events and insists that membership is not exclusive to black students.

“[We’re not interested in] just black thought, but other people of color, as well, really everybody,” secretary of BSO Jasmine Adams ’19 said.

Adams said the organization tries to cultivate this inclusivity through many of the activities it hosts. Every year, it throws a back-to-school cookout and a last-day-of-classes cookout that is open to the public. It also invites other schools to participate in its annual public step show, in which students perform step routines for an audience.

This year, the group presented 2011 National Poetry Slam Champion, and 2012 & 2014 Women of the World Slam Champion, Dominique Christina, for an open lecture. Among the panels, movie nights, festivals, bake sales, contests and more, BSO encourages students of all races and ethnicities to participate in its events.

“My hope is that [BLACK Days] would spread out to other campuses,” Gray said. “Just having this [be a] platform to show how other campuses can do this, [to] promote black thought and diversity needs in other communities.”

BSO meets every Tuesday at 7 p.m. in Tucker 221, and all students are welcome to show up at any meeting. 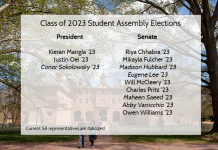 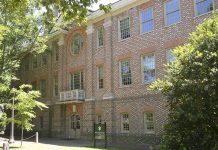