For the first time since 1994, when the Student Assembly was first created, the contenders for president and vice president, Sen. Brendan Boylan ’19 and Samir Tawalare ’19, are running unopposed. The pair released their campaign platform to The Flat Hat March 15, just a week ahead of the election to be held March 22.

Boylan and Tawalare have focused their campaign on driven engagement, intentionality and joy. In these three areas the pair emphasized their commitment to increased engagement with the student body and eagerness to create a year of outreach and conversation.

Boylan and Tawalare propose many different avenues for reform within SA, including engaging more with staff and students, reallocating funding and reinstituting the Review Board.

Specifically, Boylan and Tawalare laid out their plans to grow a close relationship with incoming College President Katherine Rowe, to hold office hours for students to speak about issues and concerns and to increase information about SA during Orientation by working with Orientation Aides and the Office of First Year Experience.

Regarding funding, the pair expressed its dissatisfaction with the current allocation of funds within SA, some of which are spent on services that they believe students do not use. To fix this issue, they want to reorganize SA’s annual budget process. They plan to prioritize funding services like official transcript subsidies.

Within SA, Boylan and Tawalare plan to bring the Review Board back to serve as the judicial branch of SA and hold members accountable. In addition, they plan to create a Policy Advisory Committee to reach out and support student organizations, which will aid in the creation of legislation.

Compared to previous SA campaigns, Boylan and Tawalare lay out a thorough and specific plan for the year, especially concerning funding. During last year’s campaign, SA President Elijah Levine ’18 and SA Vice President Annelise Yackow ’18 did not have a platform that explicitly addressed reform in SA. However, they did say they planned to institute finance regulations similar to Boylan and Tawalare’s, which would make it more difficult for SA to deny funding to multicultural student organizations. In contrast, the 2017 campaign for Danny O’Dea ’18 and Nami Srikanth ’19 had specific plans for SA reform. They laid out a plan, echoed in part by Boylan and Tawalare, that proposed to increase information about SA during Orientation, increase accessibility of funding for multicultural student organizations and codify senate finance committee guidelines. In addition, O’Dea and Srikanth also had planned to create avenues for donations to the College to be allocated specifically to issues of mental health and diversity. All three campaigns that ran in the 2016 SA election addressed SA reform through a lens of outreach and creating a website for SA.

Regarding academic improvements at the College, Boylan and Tawalare’s platform suggests that it is open to change, especially regarding the addition of the COLL 199 social justice and equity course to the COLL curriculum. The pair is campaigning for increased awareness about open educational resources, continued progress addressing class credits for ROTC students and ways to ease the process of class registration for students.

These ideas for progress do not include many specific plans for implementation, but rather enthusiasm for continued conversation about existing issues. However, compared to previous campaigns, the pair is making academic improvements to the College a main campaign issue.

Boylan and Tawalare’s platform expresses support for diversity on campus and plans to “stand in solidarity” with student DREAMers and the LGBTQIA+ community. Furthermore, the pair plans to ally with the Office of the President, the Office of Diversity and Inclusion and the Board of Visitors in order to hire and retain more faculty of color at the College. It also wants to continue supporting cultural and advocacy organizations.

This plan for diversity initiatives focuses on working with staff to increase representation. However, it is less comprehensive than previous campaigns regarding diversity. For example, O’Dea and Srikanth’s 2017 campaign included racial sensitivity training for student organization leaders who received funding from SA and increased funding for accessibility on campus, and Levine and Yackow’s campaign of the same year included a “People’s Report” to increase communication about diversity, established guidelines for funding multicultural groups and looked toward becoming a sanctuary campus for students protected under the Deferred Action for Childhood Arrivals.

Boylan and Tawalare’s platform provides three specific, concrete ideas for increasing health and safety on campus. The pair plans to expand the free tampon program that began this semester and increase access to menstrual products on campus. In addition, Boylan and Tawalare want to build off this program and create a condom dispenser program, bringing more contraceptives to campus in order to decrease STIs. Regarding drugs and alcohol, the pair plans to create an information campaign about the health risks of drugs and mixing these two substances. This information campaign will consist of a survey that will help create guides explaining the dangers of these substances.

Including ideas to tackle the dangers of drugs and alcohol in their platform is unique in terms of recent SA campaigns. However, Boylan and Tawalare do not address specific ideas for fighting sexual assault on campus. Their platform includes continued improvement of the language of informational materials in bathrooms so they are less triggering and continued collaboration with groups on campus such as HOPE and the Haven to increase conversation about sexual assault and relationship violence.

Compared to previous campaigns, Boylan and Tawalare’s campaign does not include new initiatives for combatting sexual assault. For example, O’Dea and Srikanth’s campaign included specific initiatives such as requiring bystander intervention training sessions for organizations that receive SA funding, and Levine and Yackow’s campaign talked specifically about expanding education about sexual assault during Orientation.

Additionally, Boylan and Tawalare’s platform does not address mental health on campus, which dramatically differs from previous years, when mental health was a prominent campaign issue.

Boylan and Tawalare plan to continue the focus on sustainability that Levine has created as well as institute new initiatives for a greener campus. They plan to develop a culture of service within SA and encourage members to become more invested in the environment. They want to continue partnerships with the Student Environmental Action Coalition, Take Back the Tap and the Bike Alliance. Specifically, Boylan and Tawalare plan to institute composting stations and communal gardens as well as increase the number of water bottle refilling stations.

Sustainability has been a campaign issue in the recent past, though last year Levine and Yackow did not touch on the subject in their platform, while O’Dea and Srikanth planned to institute sustainability measures within SA and bring speakers to campus. In 2016, there was a variety of attention paid to the issue of sustainability. Justin Canakis ’17 and A.J. Scalia ’17 did not publish campaign materials on the issue, and former SA President and Vice President Eboni Brown ’17 and Hannah McKiernan ’17 paid limited attention to sustainability, emphasizing a need for increased recycling on campus and an intention to work with organizations on campus to increase sustainability. Katherine Ambrose ’17 and Liz Jacob ’17 used their experience with green issues on campus to lay out specific ideas about working with Dining Services and student organizations to increase environmentalism at the College.

Comparatively, Boylan and Tawalare’s sustainability platform is stronger and more overarching, and it includes plans to institute sustainable practices around campus and work within existing structures, such as the new Department of Sustainability and the Office of Community Engagement, to increase sustainability. 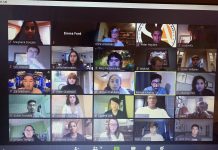 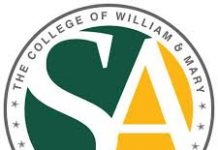