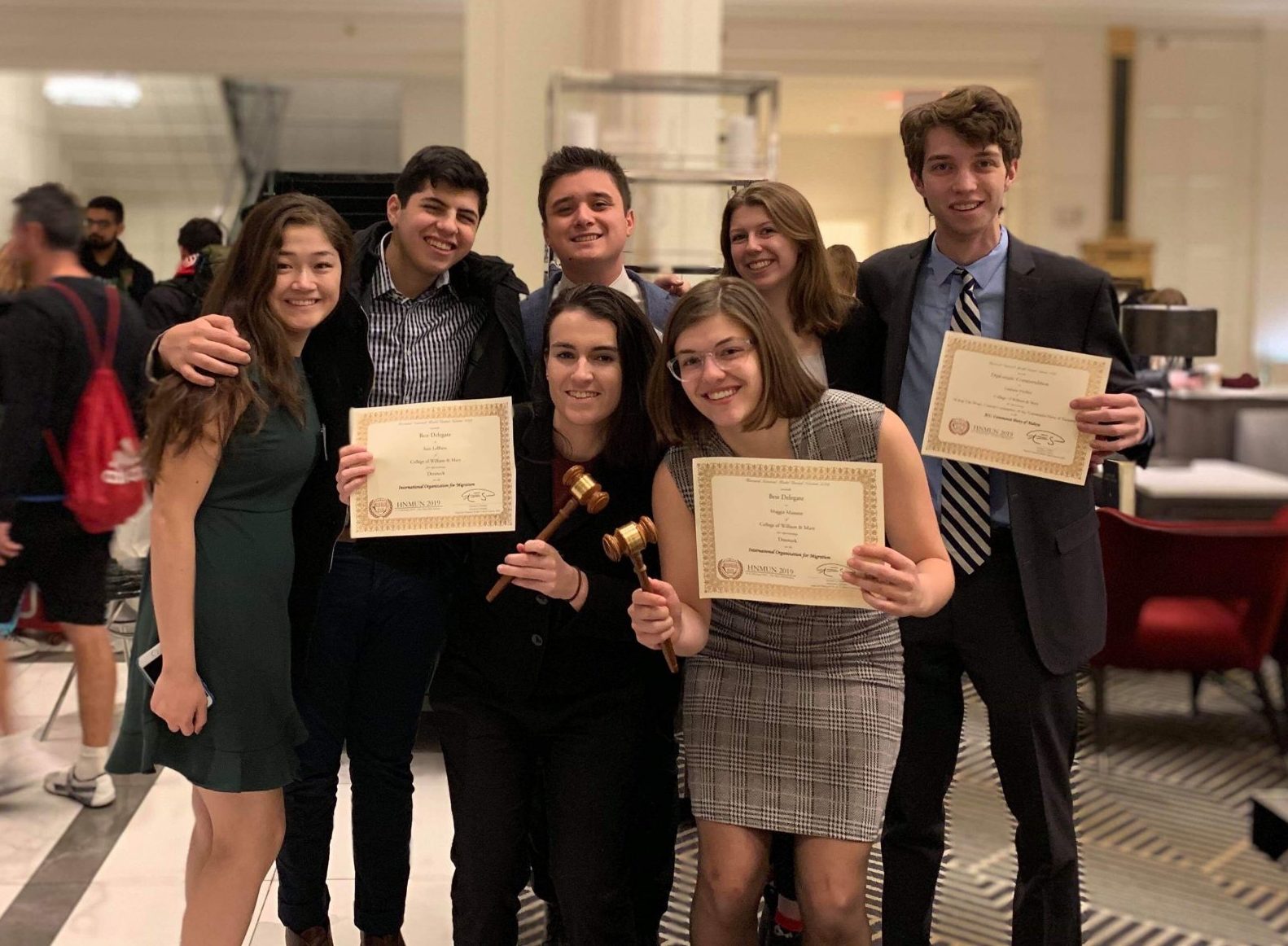 This past weekend, student delegates of committees representing countries around the world gathered in a conference room at the Harvard National Model United Nations Conference. Steven Vacnin ’21 and Graham Pfeiffer ’21, accompanied by select teammates, traveled to Boston to represent the College of William and Mary in the conference where 25 other teams were competing.

“[Model UN] comes with its own intricacies and policy-making decisions that would otherwise may have been left unexplored outside of this type of format,” said Vacnin.

Model UN is comprised of three divisions: crisis assemblies, general assemblies and specialized agencies. The members of the crisis committees focus primarily on the composition and development of a character and their individual, immediate responses to quick-action crisis scenarios. The general assemblies require more in-depth, background investigations to portray a specific country’s solutions and ideas for international problems.

“There are no crises in general assemblies as they operate much more like an actual UN body,” Vacnin said. “The end product of a resolution paper sets out the goals and policies that the committee feels will best address the issues at hand.”

Model UN draws a wide array of students, primarily those with an interest in government. Being a part of his high school’s Model UN club, Vacnin has always been interested in politics and global decision making.

“Model UN gave me the outlet to discuss the solutions that most politicians in the real world would never talk about,” Vacnin said.

“WorldMUN is super unique in the sense that it is more than just a model UN conference, but a cultural experience,” Vacnin said.

Vacnin attended the conference in Panama with teammates Pfeiffer and Riley Busbee ’21. The three had the chance to wander the streets, gaining new cultural perspective, as well as to compete against some of the world’s finest Model UN teams.

Busbee elaborately detailed the excursions they took during the conference. Reminiscing on the time spent in “hot spots” of Panama and the making of new sloth-friends, Busbee was nostalgic and itching for their next overseas adventure in Madrid.

Without hesitation, the team collectively agreed that traveling abroad has provided them ample opportunities to bond, establishing deep-rooted, lasting relationships with inside jokes and all. Following suit, team members have also connected with students and employers from around the world, offering new insight and a field of life-long possibilities.

“I have met really smart, really well-connected people traveling for Model UN,” Pfeiffer said. “[It’s] definitely given me connections for the future.”

The Harvard WorldMUN conference in Madrid this March, features the title “Where Worlds Meet and Cultures Unite.” The famed debate will draw students from over 110 countries, including Switzerland, Egypt and Brazil. In the past, the world-renowned conference has broken barriers, inspiring students through social events, informed debate and a unique conference scene.

“I’m really excited to go to Spain this year,” Busbee said. “I’ve had to cut down on my travel because it got really difficult on my schedule but I try to do all of my work beforehand whenever I go on a trip.”

Despite all the fun, travel does take its toll on the competing members of Model UN. On top of their busy, college student lifestyle, they spend hours prepping debates and researching their countries. Pfeiffer and his teammates find the arduous schedule exhausting.

“For the rest of the year, I am looking forward to just relax[ing],” Pfeiffer said. “While travel is a lot of fun, it can be very draining and take a lot of time out of your schedule.”

“The time commitment is huge, but the knowledge gained and the experiences made are invaluable,” Vacnin said.

In the midst of their heavy training period, the team will continue to work hard and prepare for the end of the year conferences.

“The International Relations Club is one that I have truly found a home in,” Vacnin said.

Vacnin is not alone. The rest of the team considers their teammates a part of their family, close-knit and a part of each other’s support system for not only conference weeks, but beyond.

“I think MUN has been important throughout my life and turned me into who I am today,” Busbee said. “I know it’s contributed to making me, me.”