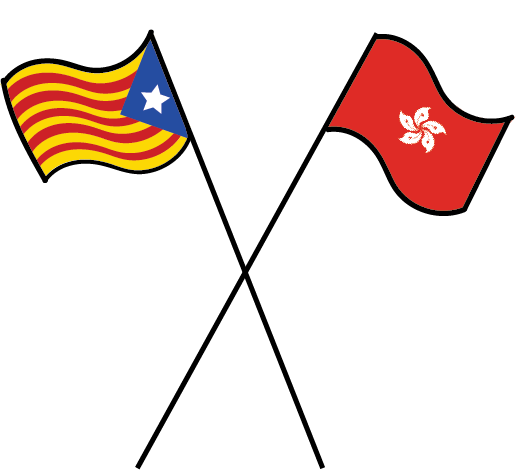 Over the past few months, and especially recently, I have seen these chants all over the internet. Surely, it would be easy to retreat to my American bubble and pretend that nothing outside the borders of our country exists. But I’m not here to do that. I am very lucky to have grown up in the United States of America — especially considering that Freedom House estimates that 55 percent of the world’s 7.5 billion people live in “not-free” or only “part-free” conditions. Instead, I’m here to tell you that you, a student at the College of William and Mary, should be paying very close attention to the political developments in Hong Kong and Catalonia, especially in relation to the countries of the People’s Republic of China and the Kingdom of Spain.

How did we get here? Great question.

In Hong Kong’s case: once upon a time, the United Kingdom colonized an island at the mouth of the Pearl River and turned it into a prosperous — but still colonized — port city and a European gateway to China. That is at least while China was weak. By the 1990s, China was able to strong-arm the United Kingdom to hand over the territory in 1997 under the promise that it would not be integrated into the People’s Republic in earnest for 50 years — and it would have its own political and economic systems during this half century.

Spoiler alert: this promise has been broken countless times. The result? Mass demonstrations — most notably in 2014 with the Umbrella Revolution over reforms to the electoral system and in 2019 with renewed outrage over a law that would allow extradition of political dissidents to the Mainland. Essentially, China is eating away at the freedoms agreed upon for Hong Kongers when Britain ceded the territory.

Why does this matter to us? I mean, we don’t live in Hong Kong.

That’s a completely valid question to ask. The bigger issue that does actually concern a lot of students here that are American citizens is in terms of our already tenuous relationship with China. Let’s face it — we all use Chinese products all the time. However, lately, American companies have been kowtowing to Chinese dictator Xi Jinping and sacrificing our First Amendment rights in order to appease a brutal totalitarian regime across the Pacific — and certainly Hong Kong isn’t the only victim. Tibetans and Uyghurs know too much about the Chinese government’s cruelty.

On the list of offending entities now include many American behemoths: Apple, the National Basketball Association, Activision Blizzard and even Google. China even got Italian fashion icon Donatella Versace to apologise for daring to break with Chinese political orthodoxy.

As distressing as Hong Kong’s developments are, one must not delude themselves into thinking that freedom is even a given guarantee in the West. Spain is a beautiful country, one that possesses untold diversity and is plagued with economic problems. However, it’s easy to forget that it suffered a military dictatorship until the 1970s, during which minority ethnolinguistic groups were repressed under the guise of Spanish popular unity under Francisco Franco’s platform of “una, grande y libre.”

Even though Spain now guarantees that the Catalans can govern themselves and speak in Catalan, Madrid’s crackdown on any sort of independence is too reminiscent of what Catalans under the fascist Franco dictatorship can remember.

As a Mexican-American in the United States with Catalan descent, Catalan and Basque calls for independence remind me of the famed Grito de Dolores, the famous cry of Miguel Hidalgo in the pueblo of Dolores that called for the end of 300 years of colonialism in Mexico. This eventually sparked the Mexican War of Independence, during which indigenous and mixed Mexicans found it in them to take up the struggle and march to Mexico City. The Catalans, as a distinct people from rest of Spain, would like a similar divorce from Spain after a long history of being denied autonomy and having their language stripped of them.

For Hispanic/Latino/a/x identifying students at the College, this sentiment should be very familiar. Though Castile has changed its face and its name to Spain, it is still the entity responsible for in 1492 expelling the Jewish population from Iberia, for colonising the Americas, exploiting Amerindians and Africans and for imposing the Castilian language and culture on the Americas and the rest of Iberia, at the expense of languages such as Catalan, Basque, Nahuatl and Quechua.

So, back to us. What can we do? Consciously uncouple yourself from companies that don’t respect freedom. If you can stomach it, don’t buy the iPhone 11. Spread awareness. Do your research and think more closely about your actions. Are you supporting imperialism? Maybe you shouldn’t.