When you think of Valentine’s Day, what first comes to mind? Eating chocolate-covered strawberries, making cardboard mailboxes for class valentine cards and singing cards with pop-up hearts coat my mind like the gooey caramel filling in Godiva truffles. I find this quite amusing because Valentine’s Day did not start out as a Hallmark holiday, so let’s take a trip down memory lane.

Valentine’s Day, much like St. Patrick’s Day, is a celebration dedicated to the feats of a Christian saint.

According to myth, St. Valentine was sent by the Church to stop the pagan rituals during the third century, and after his death was martyred through a feast day for his good deeds. There are conflicting beliefs on the placement of “Valentine’s Day.”

Some argue that it commemorates the anniversary of Valentine’s death around 270 A.D, while others claim that the Christian Church strategically placed St. Valentine’s feast day February 14 to disrupt and ‘Christianize” the pagan festival of Lupercalia. Lupercalia originated to honor the god of fertility Lupercus and started as a pagan festival for shepherds, such as Rome’s founders Romulus and Remus. This festival of fertility was a custom celebrated throughout Rome.

Additionally, the Luperci, priests of Lupercus, assembled and sacrificed to the god goats and young dogs, which animals are remarkable for their strong sexual instinct, and thus were appropriate sacrifices to the god of fertility. Shirtless men would then cover themselves with milk and the animal’s blood and woo maidens blessing them with fruitful childbearing and purification for the year ahead.

In the fifth century, Pope Gelasius did not institute Valentine’s Day, but issued a long stern letter forbidding the celebration of Lupercalia; in that letter, there is no mention of St. Valentine. When exactly the martyrdom of St. Valentine started to be commemorated is shadowy, but it was well after Gelasius’ time.

The popular love-centric celebration known more modernly seems to date only to the late Middle Ages. The Dark Ages wiped all popular memory of the ancient Roman festival about 900 years before.

The earliest surviving mention of St. Valentine’s feast day in connection with romantic love occurs in England around 1380, and it pertained to birds, not people. Valentine’s Day as we know it didn’t begin to appear until after 1400.

The oldest known valentine still in existence today was a poem written in 1415 by Charles, Duke of Orleans, to his wife while he was imprisoned in the Tower of London following his capture at the Battle of Agincourt. Several years later, King Henry V hired a writer named John Lydgate to compose a valentine note to Catherine of Valois. From there, the holiday slowly progressed, and Hallmark first offered Valentine’s Day cards in 1913 and began producing them in 1916.

Now approximately 145 million Valentine’s Day cards are exchanged industry-wide, not including packaged kids’ valentines for classroom exchanges, making Valentine’s Day the second-largest holiday for giving greetings cards. I think it is safe to assume that I am not the only one who is glad February is no longer a month known for sacrificing animals and courtship dances promoting childbirth.

However, I think buying roses and writing love letters shouldn’t be kept to a single day.

I think all types of love: romantic, familial and self-love should be celebrated every day.

The compassion and empathy expressed without the pressures of a holiday are the true emotions needed to make the world just a little bit brighter. 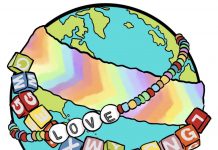 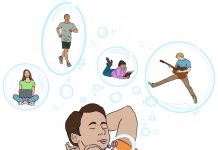