Foster was born in Tuscaloosa, Alabama into a family with a significant military background — his father served as a Marine in Vietnam, and most of his male relatives served in the military in some capacity. Foster attended one year of college at the University of Alabama but could not shake a sense of dissatisfaction while there.

“I didn’t know what I wanted to study,” Foster said. “The students that I knew at the time were pretending like everything they were doing was very important, and none of it felt important to me, even before September 11.”

Foster explained that the terrorist attacks of Sept. 11, 2001 was a catalyst in his decision to join the military, but he knows that his family background was deeply influential in that step.

Unlike the discordance of his university life, his entrance into the military proceeded with few setbacks, which Foster took as a sign that he was making the right decision.

“This seemed like a righteous thing to do,” Foster said. “I got that feedback from little old ladies at church, and from everybody in the community.”

“This seemed like a righteous thing to do,” Foster said. “I got that feedback from little old ladies at church, and from everybody in the community.”

However, Foster added that not everyone believed he would find success with the Marines. Foster recalled a time when a former World War II sailor with a faded anchor tattoo on his forearm — to whom Foster referred as Mr. Rick — suggested that Foster was too short to be a Marine.

“He was wrong, and I want that on the record,” Foster said. “He was right about most everything, but he was not right about the height requirement for the Marine Corps, because I went on to serve with some very short people.”

Once in the Marines, his recruiter directed him towards the Public Affairs Military Occupational Specialty.

His MOS school was at Ft. Meade, Md., an army base where he worked in a joint service environment and interacted with many different branches of the military. Foster said that the experience prepared him well for his current position at the Office of Student Veteran Engagement.

After four years in the Marine Corps, Foster decided to return to school. Similarly to how he felt when he joined the Marines, he believed that leaving after his first enlistment was the right thing to do.

“I knew I wanted to go back to college,” Foster said. “I had learned when I was in the Marine Corps how much I liked to learn. I have a part of mind that likes to go down that road, as if I had stayed, but I knew that it was either stay in forever or get out now after one enlistment.”

Thus, at 23 years old, he began his time as a student at Berea College in Kentucky, but he was also beginning his life as a veteran. The transition out of the military was not without its challenges, despite an incredibly positive college experience. There was only one other veteran at his school, and they had difficulty forming close friendships with their academic peers.

“I had been around the world, I had worked at the Pentagon and been in important meetings and represented the entire Marine Corps in those meetings,” Foster said. “And then you go back to campus and nobody knows what you mean when you are talking about that. Even faculty sometimes don’t. In some ways I had chosen that — I went to be anonymous, to be a regular student. In the same day, I would be mad about that. That is something that is now called ‘the transition out of the military.’”

In Foster’s estimation, these contradictions are fairly common to the student veteran experience, and to the veteran experience in general. Veterans, he said, have high expectations for how others ought to conduct themselves based on the standards of the military — being extremely early to meetings and events, for example — that civilians cannot live up to. Foster said that civilians misunderstand what it means to be in the military, imposing their own set of unreasonable expectations.

Foster described feeling keenly the loss of solidarity with fellow Marines, and missing the sense of joy, amusement and close personal connection that could be formed even in the throes of a difficult experience.

He found his new sense of belonging and purpose in his on-campus job supplying resources to surrounding public schools. His growing involvement in his campus community also sparked his interest in higher education administration.

“There’s a lot of progress that happens between when somebody first sets foot on campus and when they cross the stage, and I wanted to be a part of that,” Foster said. “My master’s degree has helped me say some things about what happens in between, but it’s still magic, and I just wanted to be at the magic show.”

“There’s a lot of progress that happens between when somebody first sets foot on campus and when they cross the stage, and I wanted to be a part of that,” Foster said. “My master’s degree has helped me say some things about what happens in between, but it’s still magic, and I just wanted to be at the magic show.”

“What William and Mary gave me was an environment of interest in the student veteran population, and access to relevant research about it,” Foster said.

Foster’s research was serendipitously happening concurrently with the mobilization of student veterans at the College in 2014 and 2015 for an office like the one Foster now heads.

“They knew that veterans were having a different experience,” Foster said.

Student veterans are often older; they might have spouses or families requiring them to live off campus, and they might have disabilities that require certain accommodations. Gaining access to the necessary resources was difficult, Foster noted, in part because student veterans did not know where to look, and because veterans tend to seek help at lower rates than civilians.

“There is a reluctance to show any weakness,” Foster said. “Veterans seek help at a lower rate, and male veterans seek help at an even lower rate. Veterans from certain MOSs or certain branches are even less likely. It’s a shame, and it’s getting better, but it was absolutely discouraged in the military for a long, long time, and that is hard to change.”

In 2018, College President Katherine Rowe approved the creation of the Office of Student Veteran Engagement.

“We knew we needed an office to serve as a one-stop shop, so that some full-time person could be contacted, so that the phone could ring, or could go around and do presentations, or for the students to walk in and say, ‘Here’s my problem,’” Foster said. “Making sure that student veterans know that I’m here, and everything that they say or think is relevant. Just because it doesn’t affect the entire group does not mean that they should keep it to themselves. I want to hear their feedback — it’s all relevant.”

Beyond simply managing challenges as they arise, Foster’s office and the student veterans themselves are proactively advocating for recognition of their experiences at the institutional level, recently in terms of COLL 300 credit, which awards college credit for studying abroad. Foster said that faculty and administration are increasingly willing to recognize these experiences.

In terms of connecting to student veterans as a traditional student at the College, Foster recommends asking for a veteran’s story.

“They have great insight; they have done impressive things that would be anybody else’s greatest adventure, and they will list it in just kind of an off-handed way.” Foster said. “And you’ll say ‘Back up. Tell me more about that!’ We’ve got military installations all around us, and I think that’s exciting. I hope that William and Mary students feel like they are part of the military community, and I hope the military community feels like it’s part of the Tribe.” 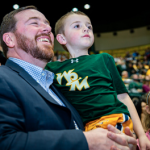 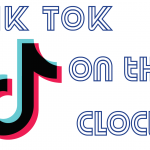 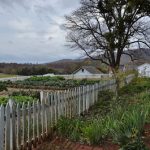