The life of a William and Mary basketball fan is a difficult one.  The College, never known for its excellence in sports, has experienced decades of basketball disappointment on both the men’s and women’s side, with both teams seemingly cursed by the basketball gods to get close but never win that elusive championship.

The men’s team holds the sad label of being one of the four original Division One teams to have never played in the NCAA tournament (more commonly known as March Madness), going 0-9 in NCAA Tournament berth-clinching games.

The women’s team, who moved to Division One in 1984, has also never made the NCAA Tournament, having lost its only conference final appearance, but can at least say that it hasn’t had as much time as the men to qualify. This year though, both Tribe basketball teams have defied pre-season expectations, playing spectacularly and bringing hope once again to a fan base that hasn’t had a lot to cheer about in the recent years.

For many Tribe basketball fans though, the success of a season is defined in the postseason, an area where the College has struggled, to put it nicely. For history to not repeat itself, it needs to be remembered first, so in the spirit of exorcising demons, here are the most excruciating playoff losses suffered by the basketball program of William and Mary.

The College scored just three points in the last 11 minutes of the game, as the Dukes came back from a nine-point deficit to stun the first place Tribe. Neither team shot particularly well, but JMU was able to take a one-point lead with around five minutes remaining, and since there was no shot clock, the Dukes were able to take lots of time off the clock during each possession. The College tied the game up eventually, but with four seconds left, JMU’s Derek Steele converted a three-point play to win the game for the Dukes. The Tribe would make its first National Invitational tournament that year but would go on to lose to Virginia Tech in the first round, 85-79.

As of right now, this stands as the only time the College has made the CAA finals in women’s basketball. This loss doesn’t hurt as much, because of how unexpected it was for the Tribe to even be playing in the final. Coming into the tournament as the seventh seed, the College had an abysmal 11-17 overall record, going 3-11 in the CAA. In the tournament though, they were a completely different team. They first pulled off a huge upset against JMU in the first round, then crushed American to advance to the finals against Old Dominion. It was a close game for the most part, but the Monarchs were able to take a big lead late after the Tribe went cold from the floor, which proved to be fatal for the College’s championship hopes.

“We had a dry spell when we were down by four,” junior Marilyn Gayton said. “And then ODU took the momentum and turned it into a double figure lead.”

After breaking multiple school records and dominating Richmond in the game before, the College was unable to keep up with eventual tournament winners ODU. Coming into the tournament as a four seed, the Tribe had multiple all-CAA players on the roster, and the CAA Coach of the Year. The game was close in the first half, but the Monarchs went on a 15-2 run to end the half and established a dominating lead over the Tribe that it could never recover from.  Despite four Tribe starters scoring in double digits, ODU’s offense was too much and the College saw its best season yet go up in flames.

Once again, the College came into the postseason with high expectations and a seven-game winning streak, having just won its first ever CAA regular season championship, tying with UNC–Wilmington. Because of the tie, a coin was flipped, and the Tribe came away as the two seed in the tournament, and a seemingly easy matchup against American, who had only won five games in the CAA and came into the matchup having lost its last seven games. Then two starters for the College were sidelined with ankle injuries, and the Tribe was unable to compensate for the losses, losing by 5 to the underdog Eagles.

“It’s not like you’re at Kentucky, where you bring in another All-American,” Tribe head coach Charlie Wollum said.

After its early exit, standout freshman guard Bill Phillips transferred, and the Tribe lost 13 of its 16 CAA games next season.

After heading into the 2014 CAA Tournament with high expectations as a three seed, the Tribe did not disappoint. Junior Marcus Thornton lead a talented team all the way to the championship, defeating 6-seeded Charleston and 2-seeded Towson en-route to a showdown against the one seed Delaware. After being down 12 at one point in the second half, the College fought back, taking a one-point lead with 25 seconds left. Delaware scored to take back the lead, leaving the College with 10 seconds to win the game. Thornton, who had been electric all night, dribbled to the top of the key, got separation from his defender and put up a three.  The ball hit off the rim, and the Tribe’s best shot at breaking its March Madness drought ended in heartbreak.

“I thought I got a pretty good look,” Thornton said. “Pull-up three that I thought was a great look; just missed it.”

The College missed two potentially game-tying three-pointers within the final 15 seconds and was ultimately unable to overcome a 21-point deficit in its third NIT appearance. The Tribe shot 33 percent from the field, 15 percent below its season average, as Tulsa shot almost 50 percent, well above its regular season numbers. Senior Marcus Thornton added 23 points in his last game as a student of the College, but it wasn’t enough to give the Tribe its first NIT win.

“We weren’t good enough for 40 minutes tonight to win this game on the road against a really fine basketball team,” coach Tony Shaver said. “I’m very proud of our effort, and how we battled in a tough situation. Wish we hadn’t got down 20 but we showed a lot of character battling back.”

This year could be the year the postseason losing streak is broken, or it could simply become another addition to the long list of missed opportunities for the Tribe basketball program. Either way, it’s exciting to have the possibility of a breakthrough on the horizon. All we can do now is watch, hope and cheer on the Tribe. 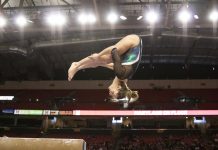