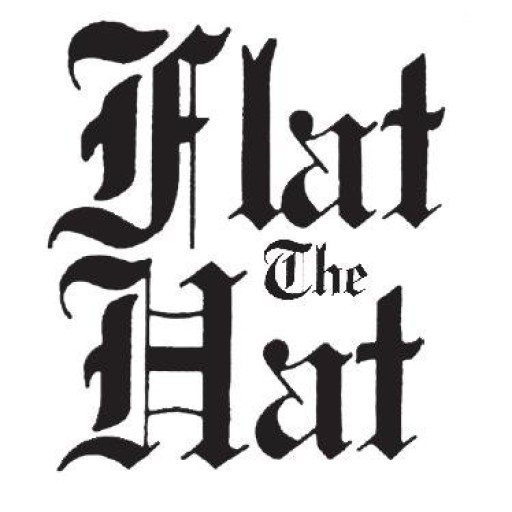 I wrote 19 pages. I wrote about my perspective and personal experience at the College of William and Mary.

I emailed my letter to 27 administrators, including the Board of Visitors, Monday, July 6 at 6:58 p.m. I know that my letter was being circulated in administrative circles at 8 a.m. Tuesday, July 7. My letter was the topic of the day for the whole day – with administrators insinuating I called Katherine Rowe names or didn’t know what I was talking about or that I should apologize to her. Everything I wrote about is backed up by facts. Being at a research university, I thought that would be appreciated. I know I didn’t cite in MLA or Chicago, but that does not negate the fact that: (1) I have the receipts and (2) my experiences do not need to be validated by those in power or the white populous or external articles to be accurate. The things I have heard and seen and felt are very real – and that stands to be true.

For my letter to receive such traction, I did expect a response. The last student movement, which was the release of a petition entitled “William and Mary Administration Needs to Stand Up,” got a response from Rowe on the same day. The petition was dropped at midnight on Sunday, May 31, and Katherine Rowe responded with “Reflections on the Role of a University in this Time of Crisis” on the same day: Sunday, May 31 at 5:10 p.m. – only 17 hours later. But, we all now realize how rushed, ineffective, and destructive that statement was.

Katherine Rowe responded to my 19-page letter with five sentences, three days after its initial release. She responded Thursday, July 9 at 4:54 p.m.:

“Keyyatta, Thank you for sharing this letter, which I have read with care. Know that I agree that William & Mary needs to move forward to greater action – and hold ourselves accountable for the progress we have committed to. I recognize that these words are not going to be satisfactory. No words are adequate substitutes for meaningful progress that can be seen and felt. I, and the rest of William & Mary’s leadership, intend to see that progress through. Respectfully, Katherine.”

It took three days to write this…? Rowe did not specifically address any of the points I made in my letter, so I am weary that she “read with care,” if she read it at all. But, it was six minutes until the conclusion of business hours at 5:00 P.M., so Rowe was probably ready to go home and dream about the security in her $500,000+ salary as she fires professors and cuts financial aid to help “flatten the financial curve” of the College. Katherine has demonstrated time and time again that she only believes in performative work, and her response to my letter is further proof of that notion.

More things are coming – because this movement is just beginning – but I want to take this time to amplify voices within the College community that I wholeheartedly believe in and support. Please continue reading these statements on behalf of the Young Democratic Socialists at W&M, Undocutribe, the American Indian Student Association at W&M, and the William & Mary Workers’ Union.

During the recent Honor Council investigations, the Council committed serious FERPA violations infringing on student privacy, revealing unredacted private information including emails, student IP addresses, emails, medical information, and internet search history. After this breach of privacy, the administration demanded, with the threat of disciplinary action, that students involved delete all the documents they received, even though they are crucial evidence in an ongoing federal investigation surrounding these FERPA violations. We at William & Mary YDSA have condemned the administration for their extortion of students and the Honor Council for violating the privacy of students and demanded that these unethical Honor Council Investigations be dropped.

Undocutribe, soon to be WMFIRE – statement regarding our name change coming soon – was created in 2017 and was founded by a group of Undocumented/DACAmented students and allies. The organization was cultivated from the lack of inclusivity and support from the university to our immigrant community. Two years ago, the College began admitting Undocumented students. Undocutribe was delighted to see this, but that quickly changed when the administration told us that we could not make public announcement of this information due to fear that donors would pull away their money or retaliate. We were not surprised; it falls into the school’s common theme of pretending as if they care and support their marginalized communities when they do not. An announcement regarding this decision would have been crucial two years ago when DACA was rescinded to assure students that they would still be welcomed without DACA. But again, money took priority over openly supporting their community. Although we are now in a partnership with the administration to work towards better supporting our immigrant community, we still hold the administration accountable, keeping in mind their history, and demand action from not only them, but the College community as a whole. A new statement needs to be made that openly and accessibly announces that W&M accepts all students, regardless of status. Financial aid to undocumented students needs to be given  independently and in addition to the funds for DACA students. A concrete, transparent, and systemic plan must be made to support Undocumented students throughout all aspects of the university. There needs to be more funds and resources allocated to departments and student organizations that support Black, Indigenous, and students of color. In order to accomplish all this, the thoughts, opinions, and well-being of undocumented students must be at the center of the conversation. The College needs to start acting like they support and value their community, instead of just saying it.

The American Indian Student Association is committed to accomplishing the goals expressed in our recent petition and to amplifying the voices of other minority members. The last couple of weeks, we have been working hard to implement the individual policies outlined in our petition. Student Assembly has dedicated time to assist us in our goals as well, which we greatly appreciate. Some of the initiatives we are focusing on currently include working with Admissions and Financial Aid to see what can be done to make the College more accessible to American Indian students, improving the College’s relations with local Virginia tribes, discussing options with the Muscarelle for public displays of Native art in common spaces, finding ways to better acknowledge the historic Indian School, the Brafferton, during Charter Day celebrations, reaching out to the Career Center to encourage recruiting for indigenous-owned organizations or organizations dedicated to serving tribal communities such as Indian Health Services, securing funding the American Indian Resource Center, and working with departments for more cross-listing and a greater presence of Native courses.

We have also utilized the recent popularity of our petition to spread messaging regarding common misconceptions about American Indians through our social media. As a group of people that is usually forgotten and must consistently reassert our presence, both in our country and at the College, it is crucial to our success that others take the time to learn about our existence and our heritage. AISA is very dedicated to creating opportunities for our College community to learn about and experience Native culture whether that is through a film screening or our annual campus spring Powwow. If you are interested in being involved with AISA, attending our events, helping us implement policy measures, or just looking for more information – Native or non-Native, please reach out to us at: native@email.wm.edu or through our Instagram: @wmnatives.

The W&M Workers’ Union is a chapter of UE Local 160 and represents the interests of all graduate student workers, undergraduate workers, staff workers, and NTE faculty employed by the College. We have been a public-facing union since November 2019 but have been organizing since 2018. Our central demands to the university have always been to provide a living wage and healthcare to every worker on campus. We believe every worker deserves dignity, respect, and representation.

Since the beginning of the COVID-19 pandemic, we have directed our energy toward the fight for safety and fair compensation for the College’s workers. Despite the near-empty state of campus after the College shut down in March, custodial staff were still required to come to campus. Many of these essential workers were not provided with PPE and were being denied hazard pay and paid time off to protect themselves and their families. After the union released their demands in March, the College finally began to distribute PPE, but kept denying workers paid leave beyond what they were mandated by the state to provide. The College has continued to speak in platitudes about “unity in the face of uncertainty,” all the while firing NTE faculty and the International Fellows, who relied on the College to retain their visa status. In response to our efforts, we have received endorsements from the Student Assembly and the Graduate Student Assembly as well as official support from the Hulon Willis (Black Alumni) Association and several student and faculty groups. When we approach our employers as individuals, we can be pushed aside, but when we come together as a collective, our voices are amplified, and we cannot be ignored. If you are interested in learning more about the union or joining us in our fight for a living wage and healthcare for all workers, please email us at wmworkersunion@gmail.com or follow us on social media @wmworkersunion.

The Flat Hat welcomes letters to the editor. Contact fhopinions@gmail.com or flathat.editor@gmail.com with submissions.