Home Variety On the record: Nada Surf — The Stars Are Indifferent to Astronomy 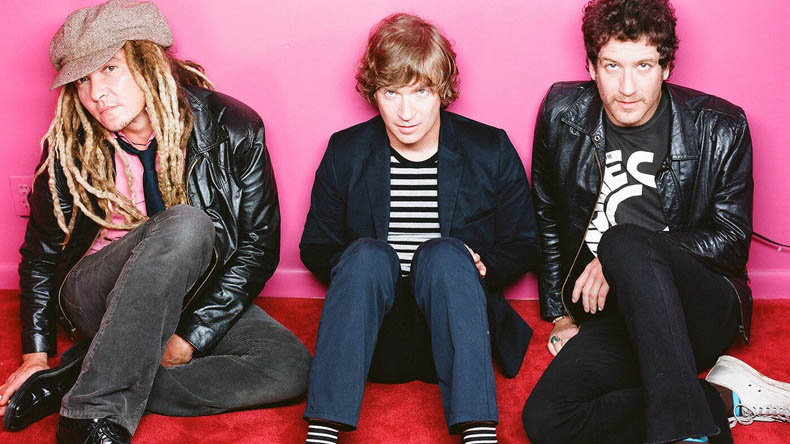 It’s fair to say that Nada Surf’s music has plateaued in the past few years. “The Stars Are Indifferent to Astronomy,” released Jan. 24, is filled from beginning to end with catchy pop songs with choppy guitars which sound so similar that without paying careful attention, it is hard to tell when one song ends and the next begins. Nada Surf’s most recent release prior to “Astronomy” — ignoring “If I Had a Hi-Fi,” an album composed entirely of cover tracks — was “Lucky” in 2008. The band filled “Lucky” with song after song of the same continuously upbeat, chiming guitar riffs and eradicated the versatility that made “The Weight is a Gift,” released in 2005, the kind of album you could listen to on repeat for days.

“The Stars Are Indifferent to Astronomy” follows in the footsteps of “Lucky;” The listening experience begins with the speedy pop opener “Clear Eye Clouded Mind,” starting off the entire album with a loud, resonating guitar stroke. While the entire album would be an above-average pop album with catchy melodies guaranteed to stick in your head for days, when compared to the band’s earlier releases it can easily leave their fans missing the band they used to know and love.

The only song that can make listeners feel like they’re truly back in the golden days of Nada Surf is “When I Was Young,” a track placed unfortunately early in the album for such a slow song. The song opens with two minutes of acoustic buildup before it gets into full swing, a pattern found often in Nada Surf’s earlier releases. The song peaks and brings back the now-common sound of electric and synthesized guitars with crashing cymbals in the background. However, Nada Surf’s early roots are still discernable as singer-guitarist Matthew Caws comments on the absurdity of real life, a theme common to many of their songs, by focusing on the nostalgia of childhood. The track ends with the repeated line, “When I was young, I didn’t know if I was better off asleep or up / Now that I’ve grown up, I wonder what was that world I was dreaming of.”

This theme has never changed about Nada Surf throughout all of their ups and downs. The band manages to intertwine spontaneous lines of thought-provoking lyrics with poppy guitar riffs, the kind that sit so strongly with you that you find yourself rewinding the song to make sure you listen to and remember the entire thing.

The standout “No Snow On The Mountain” truly would be the ideal closing track for any other album if a song as representative of Nada Surf as “The Future” didn’t follow it. Hooky and energetic from the start, “No Snow On The Mountain” combines the classic elements of Nada Surf songs and acts as a perfect summation of all previous tracks in the album, all while adding a feeling of completion when it finally finishes. Then, the real gem of the album begins immediately.

Again following the lyrical theme of disconnect with reality, the closing track “The Future” is filled with lines like, “we’re just imitations and hooks / Bits that you remember / Nothing else gets another look / The future’s empty in its way.” To make the message of the song, album and band itself virtually impossible to miss, “Astronomy” ends with the candid line “I cannot believe the future is happening to me.”

While fans hoping for the songs they fell in love with from Nada Surf’s earlier work may be disappointed, “Astronomy” is nothing near a bad release. The music provides a calm that makes you sit back and wonder what the band will release next.