Home Opinions Dan in real life: Guest speaker at the College is proof that... 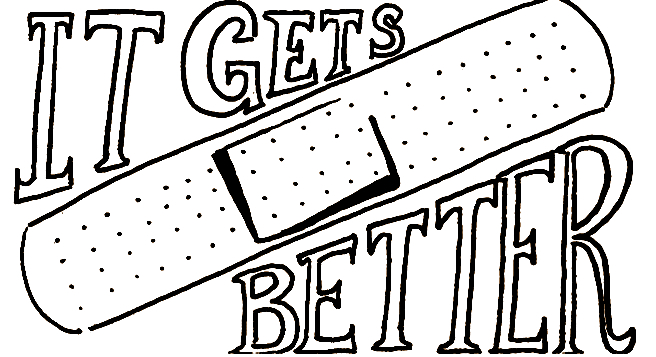 Last year, students at the College of William and Mary created an “It Gets Better Project” video in support of LGBT youth around the country. The project, which was started after a string of suicides by young LGBT people, has inspired thousands of videos from LGBT individuals and their straight allies. The creator of the project, Dan Savage, came to the College this past week to speak on his reasons for creating it and why the “It Gets Better Project” is necessary.

This week, my friend sent me a clip from the movie “The Great Debaters,” a movie about achieving racial equality. In the clip, a woman passionately states that equality should begin today and that it should have come a long time ago. This YouTube video of a character’s passionate cry for justice reminded me of the inequality that today stems beyond race.

The Civil Rights movement isn’t over. People continue to be judged by their race and the color of their skin. Inequality is not just about race anymore. From economic inequality to marriage inequality, these social justice issues have become rallying points for students at the College who want to see their generation become the generation of equality and justice.

In the last two months, the College has heard from Dr. Cornel West and Savage, two ardent supporters of justice and equality. The fact that the College supports these individuals for their actions to fight social injustice makes me very proud to call myself a member of the Tribe. I know that some may find fault in these speakers. I have some problems with some of Savage’s views, but I wholeheartedly support the “It Gets Better Project” and the support system it provides for LGBT youth.

The students of the College want equality, and it speaks to the College’s integrity that it enables the students to be passionate about these issues. The school is filled with active students who want to help their fellow student or fellow American or fellow human. I sometimes feel awestruck by how students here are being the change they want to see in the world. Hosting these inspiring speakers shows that the College supports its students who are social-justice minded.

Savage may have been blunt and crude, but he was also funny and engaging. His argument for equality wasn’t political; rather, it was one of justice. It was a message about preventing another young person from being rejected for who they are and from making a decision they could never take back. It was about the fact that it gets better.