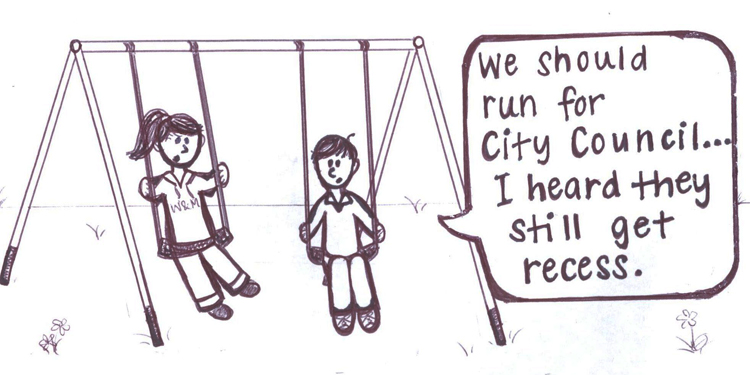 In the College of William and Mary’s recent history, rarely has the student body formed as united a front as it did during the 2010 Williamsburg City Council election when Scott Foster ’10 J.D. ’14 became the first student elected to city council while still an undergraduate student. Foster and his supporters rallied students on campus, and he became a clear voice in the Williamsburg community calling for more student involvement outside the walls of the College.

Foster’s involvement on campus left no doubt about his commitment as a candidate for city council. After serving the College in numerous ways, he sought the position on the council only after gaining the experience necessary to be an effective student voice in the community.

Although we celebrated his election and are proud of his place on the council, we hope his election will not inspire unqualified students to run in the future. Foster had the maturity and experience to be a successful candidate. It would be unfortunate if Foster’s success created a situation in which less-than-qualified candidates ran for the council only to lose in the general election.

Foster’s win allowed the College to gain momentum in the fight for more student rights in the community. If students who do not have the maturity or connections Foster had when he campaigned decide to run, they will most likely be defeated. Unqualified students campaigning only to be defeated easily would mean stepping backward and losing the momentum we’ve generated.  Only students who are serious, dedicated candidates should consider running for city council.

Christina Carroll ’05 J.D. ’10 has been part of the College community since her undergraduate days and has recently announced that she is considering running for a council position. She now works for the Muscarelle Museum of Art and is involved in the Williamsburg community and the College in a variety of ways. Much like Foster, she has the experience to garner both student and resident votes.

We want to continue seeing students take a significant interest in joining the council. More student involvement in Williamsburg is the only way we are going to be able to solve town-gown problems and finally address the infamous three-person rule. In order to achieve this goal, however, students must continue to look for pragmatic and realistic ways to become involved. As a freshman, Chris Connolly ’15 was able to take an active role in town-gown relations as a member of the Williamsburg City Planning Commission. While this is a smaller role than a city council position, it is a step toward increased student involvement with the city and shows how interested students are in expanding their community involvement.

Foster cannot represent the entire student body’s interests adequately or accomplish all of our goals by himself — it is important to have more students interested in running for the council.

More than just having students run for the council, we need students actually elected to serve on the council. We need someone who is actively involved, can run a well-planned and effective campaign and can actually bring in voters. The College has always been an important part of Williamsburg, and we need to ensure that the College is always represented in city government.