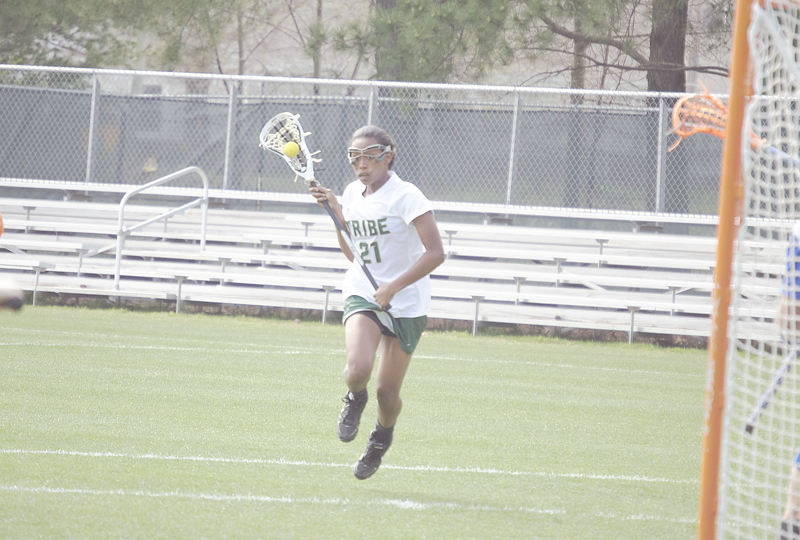 After facing five top 10 teams, William and Mary appeared to be catching a bit of a breather in the form of in-state foe Richmond. The unranked Spiders would certainly pose a challenge, but the College hoped to salvage its non-conference schedule by toppling them. Instead, the Spiders proved to be anything but pushovers, handing the Tribe an 18-8 defeat Wednesday in Richmond.

The loss, which drops the College to 2-7 overall on the year, is the squad’s fourth straight loss and fifth by 10 points or more. Richmond, meanwhile, advances to 4-5 on the season.

The Spiders benefitted from explosive offensive performances from several players Wednesday. Led by at least two goals for the majority of the contest, Richmond managed to pull away in the second half.

“I feel we really didn’t stick to our game plan until we put some of our younger players in,” head coach Brooke Ireland said. “We just made some really poor decisions, sloppy play.”

The College was outshot by a wide margin, with Richmond notching 38 shots to just 18 for the Tribe. Freshman goalkeeper Lucy Ferguson allowed 18 goals, but also registered 13 saves during her full 60 minutes in goal.

“Lucy did a phenomenal job,” Ireland said. “Yesterday, we got pummeled by cutters and I don’t think our defense did as good of a job as they have been doing on cutters, which didn’t help our goalie out. She’s our last line of defense and we could have done a better job in front of the cage so she could have done her job better.”

Richmond’s Jennifer Zoltoski started the Spiders’ scoring frenzy with a goal just three minutes into the opening period. From there, Caitlin Fifield added another goal at the 26 minute, 41 second mark, while Kara Moschetti added two more goals to give Richmond a 4-0 cushion.

With 22:04 showing on the clock, senior midfielder Maggie Anderson scored the first Tribe point of the day on an unassisted goal. Less than a minute later, sophomore attacker Jenna Dougherty slipped the ball past Richmond goalkeeper Victoria Roebuck to cut the Spiders’s lead to 4-2 with 21:23 left. The two squads swapped goals during the 19-minute mark to make the score 5-3. Richmond then rattled off three straight goals over the next five minutes before sophomore attacker Taelor Salmon scored one for the College.

While the College faced a four-point disadvantage at halftime, the Spiders came out aggressively. Richmond scored seven straight goals within the first eight minutes of the second period, sinking any Tribe hopes of a comeback.

Sophomore defender Maggie Bermingham and freshman attacker Amanda Johnson both scored goals for the College with 16:55 and 15:43 showing in the second period, but Richmond’s Bailey Zerr followed the brief Tribe offensive spurt with two consecutive goals of her own.

The College never found rhythm on the offensive side of the ball. The Tribe turned the ball over 21 times during the game, compared to just nine Richmond turnovers.

“[That was] unacceptable,” Ireland said. “What is most disappointing is that we have played some of the best teams in the country and played better than that. This was supposed to be a turning point for us and we did not capitalize on anything. We made more mistakes than we should have.”

Individually, the College had a very balanced scoring night as eight players registered a goal.

“We had a couple fluke goals, but that is our goal — our goal is to not have two or three players with all the goals, we want all seven attackers or whoever is down there to contribute,” Ireland said. “I think that is the hardest thing we have been working on that may have been different from prior seasons.”