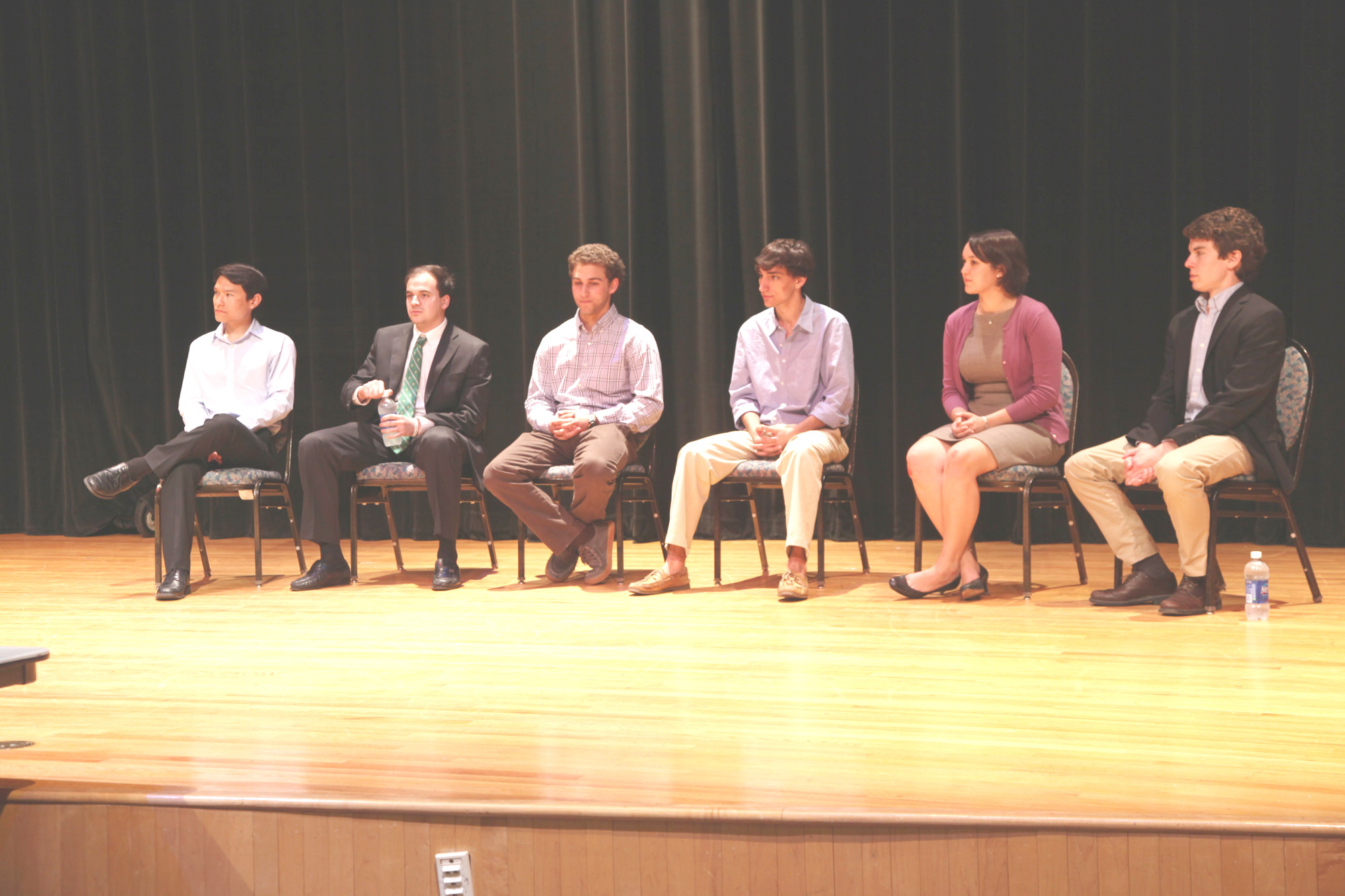 In an election defined by promises of SA reform, four pairs of candidates found themselves burdened with sanctions from the SA Elections Commission.

“There are many items in the Code that are left up to interpretation,” SA Elections Commission Chair Molly Bulman ’12 said in an email. “This leaves quite a bit of room for foul play, accusations and appeals.”

The SA Code states that Class One complaints are the least severe offenses, resulting in a warning or a fine. Class Two complaints concern slander, libel, the inclusion of pornographic or obscene materials, failure to submit required information to the SA Elections Commission before the required deadline and campaigning door-to-door. Candidates face a suspension of active campaign privileges for a set period of time. Class Three complaints consist of bribery of a candidate or a voter, negative campaign attacks against a candidate based solely upon his or her character or person, tampering, overspending, and destruction of another candidate’s campaign materials. Candidates can potentially face removal from the ballot and invalidation of candidacy.

David Alpert ’13 was the first of two candidates to be sanctioned for door-to-door campaigning, a Class Two infraction.

Alpert appealed to the Student Assembly Review Board after receiving a sanction from the SA Elections Commission. The SA Review Board conducted an immediate hearing to decide if the sanction would be upheld.

Arguing that the complaint of door-to-door campaigning derived from an unclear SA Code, Alpert questioned the validity of the sanction.

“We’re being prosecuted for a rule that isn’t clear,” Alpert said.

Even though Bulman admitted to the general lack of clarity within the SA Code, she defended the sanction.

“If this isn’t door-to-door campaigning, I don’t know what is,” Bulman said.

The SA Review Board upheld the SA Election Commission’s sanction, resulting in a 12-hour suspension of Alpert’s campaign until 5:30 a.m. on election day.

Noah Kim ’13 and Sky Sprayberry ’15 were also suspended for 12 hours after the SA Elections Commission found the pair in violation of SA Code for door-to-door campaigning.

Unlike Alpert, Kim and Sprayberry decided not to appeal.

“I would rather sleep than spend all night trying to appeal to the [SA] Review Board,” Kim said. “It was too much effort and not worth the fight.”

Grace Colby ’13 filed a complaint against Curt Mills ’13 for charges of slander concerning a statement on his campaign website in regard to funding of student organizations.

“I tried to resolve it personally with him beforehand, and it wasn’t being resolved,” Colby said. “He was still continuing to run an unfair campaign, and that’s why I sent it in.”

Mills and running mate Melanie Levine ’13 denied the allegations. According to Bulman, former SA Elections Commission Chair Tanuja Potdar ’13 filed an inappropriate sanction four days after the complaint was made. According to Mills, he was not notified until five days after the complaint was made. The SA Review Board ended up unanimously repealing the sanction against Mills.

The sanction was deemed inappropriate when Potdar filed the complaint as slander instead of libel. According to Mills, the initial accusation was incorrectly labeled as slander until he informed the SA Review Board of the mistake.

“I had to inform them of the distinction between slander and libel,” Mills said. “I’ve never seen these kinds of accusations and violations. We’ve done what we can. We just don’t want to be sanctioned.”

Colby and running mate Alyssa Zhu ’14 were suspended for 12 hours at the beginning of the campaign because Zhu failed to attend either mandatory candidate interest meeting. Zhu attended a makeup session outside of the time stipulated by the SA Code, and the two were found guilty for committing a Class Two infraction.

“There were several other candidates who also went to that make-up session, but we didn’t start campaigning for 12 hours,” Colby said.

Andrew Canakis ’13 and Andrew Salamone ’13 were unaware of any complaints leveled against them, and Canakis said he ran a fair campaign.

“I don’t want to get involved in other people’s sanctions,” Canakis said. “We had a very honest and open campaign and we didn’t violate any of the rules. … I made a conscious effort to stay out of it.”

Dallen McNerney ’14 and Stacey LaRiviere ’14 were not formally sanctioned. However, according to sources, a complaint was filed for alleged bribery of voters in regard to a barbeque the pair held Wednesday, a Class Three infraction. The SA Elections Commission found the complaint invalid and brought no sanctions against McNerney and LaRiviere. McNerney declined to comment.