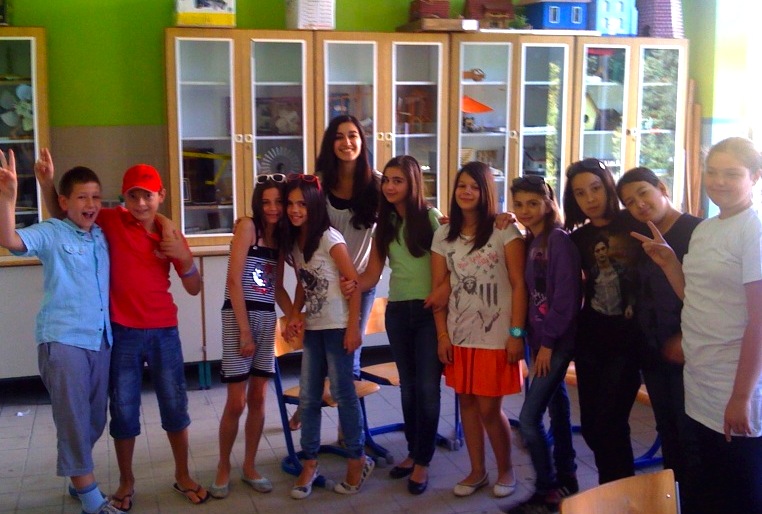 “The most memorable moment of my trip happened right before the students’ final performance. The show consisted of the students doing a song and dance number. The kids had stage freight and ran to me saying ‘Teacher! Teacher! I can’t breathe!’ I was admittedly nervous for them when I sat down in the audience but the students killed it! It was wonderful to see something that I had worked on for a long time to actually be happening in front of me.”

Naziha Niazi, a sophomore at the College of William and Mary, entertained me with stories from her trip to Bosnia. She went on this excursion thanks to a William and Mary program known as “The Bosnia Project.” William and Mary students ventured to Bosnia this past summer to teach English to a group of Bosnian children in English and provide a safe learning environment. According to Niazi, English is spoken by around 70 percent of Bosnia’s population. Niazi chose to participate because she appreciated the dualistic nature of this program, which would allow her to help people while travelling and experiencing a new culture.

Bosnia itself is a beautiful country in eastern Europe, which many people have not heard of. It has had a troubling past, but the future for the country looks bright. In some cities one can still see bullet holes in buildings and indentations in sidewalks but the people nevertheless remain warm, friendly, inviting and relaxed. Unfortunately, Bosnia remains a relatively poor country, “Not everyone owns a car, or a house,” Niazi said. “It doesn’t mean they’re poor, necessarily, just that they don’t have the same amenities. The most poverty I saw was in the Roma (gypsy) community.”

Poverty aside, Bosnia has much to offer. The most popular dish in the country is called “chevappi” and consists of a little pita with meat filling and a side of onions. Niazi’s personal favorite food item was “burak,” which is a swirly pastry that may contain meats, cheeses or potatoes. Bosnian coffee is the most popular drink in the country. It is served in small cups with a plate of Turkish delight and it is very similar to Turkish coffee. “I wasn’t a fan of the Bosnian coffee only because the flavor was really strong,” Niazi said. Instead, she would enjoy “chokata,” a drink that can best be described as blue lychee flavored Fanta.

Niazi visited the cities of Sarajevo, Mostar and Srebrenica. “Sarajevo is an amazing city and Bosnia has a beautiful and amazing culture,” Niazi said. Not surprisingly, American chains were hard to find. However, some familiar brand names such as Tommy Hilfiger greeted Niazi in a mall. “There was a Hamby Burger, which I thought was a Burger King as it had the same logo but it wasn’t and I only saw one of them,” Niazi said.

After sharing her trip and Bosnia’s culture with me, Niazi told me what she currently misses most about the country. “I miss two things, I miss the people that I met there because they were amazing; there’s really no other way to put it. And second, I miss how cheap everything was. You could get good quality food at a reasonable price.”