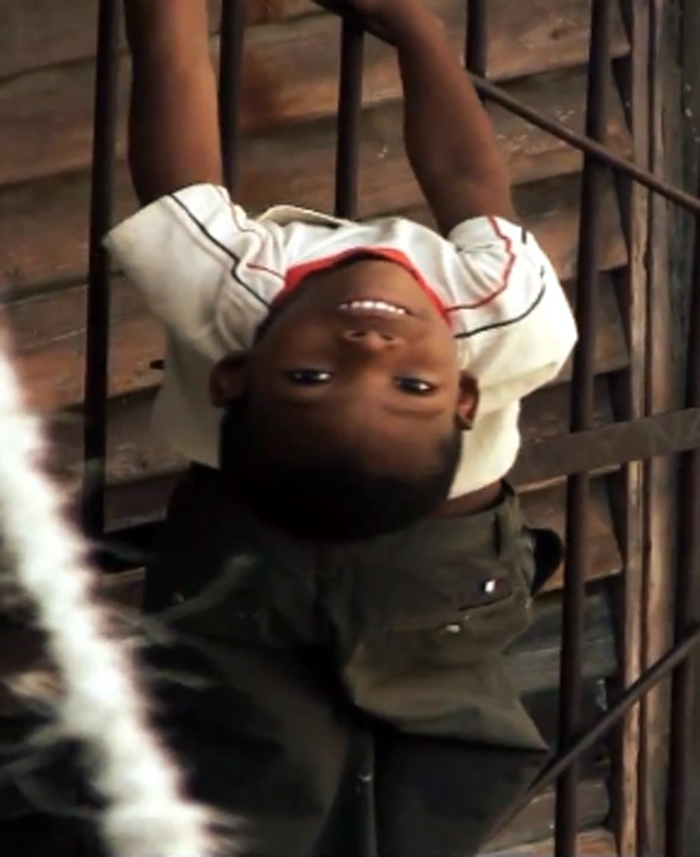 Solar 11 in Havana, Cuba is a public living community, which the Cuban government has declared uninhabitable. It has 155 residents still living in 43 units with electrical wires unsafely sticking out, children running without shoes and no plumbing except in the public restrooms in the center of the community.

“Solar 11” is an investigative documentary by Maria Elena Perez and Duniesky Canton Fernandez, two students who attend the Instituto Superior de Arte in Cuba. They visited the College of William and Mary Thursday, Sept. 20 to show their film to the Williamsburg community. The Middle Passage Project, an organization under the direction of Frances L. and Edwin L. Cummings Professor of English and Humanities Joanne Braxton, sponsored the film’s screening.

“The film highlights patterns of the institutional inequality that emerged during the colonial period and were soon codified,” Braxton said. “It also demonstrates the similarities of communities at risk throughout the diaspora created by transatlantic slave trade.”

A core tenet of the Middle Passage Project is the investigation and observance of transatlantic slave trade and the areas throughout history that it affected. Perez and Fernandez, Cuban natives, were visiting the United States for the first time to participate in an intellectual exchange without much of the fuss usually associated with leaving Cuba. Their video has a profound impact on the study of slave trade and the way in which Americans can see the residual effects of it.

“Race is such an elusive concept in Cuba, but, again, the origins of institutionalized inequality in Cuba are worth examining closely,” Braxton said. “Certainly, this is about more than race, but it is also important to note that race is still far more a decisive factor in Cuba today than most Cubans will admit or accept.”

In the film, many members of the community were interviewed, from people who had lived there from the start to young children new to the community. All of them had varying opinions — some, unsurprisingly, dreamed of leaving while others seemed to love living in the solar, despite its less than hospitable conditions. There was a clear division, however, between the responses of the younger members of the community and those of the older members.

“I was born during the revolution, so I was not able to witness the change of the years before, versus after, the revolution occurred,” Fernandez said. “What I have is the stories that my family has told me about how it was before. Older generations had to fight for the change, but my generation is just experiencing the change.”

The film, originally a project for a journalism class, turned into a cultural investigation about life in the solar and an in-depth look at the intricacies of a community that generally goes unacknowledged, aside from being monitored by the Cuban government. Fernandez’s father lives in Solar 11, where Fernandez was born, which is how they chose which solar to film. The community, happy to finally feel important, opened its doors to them.

This summer, the Center of Latin American and Latino Studies at American University contacted the College about the film and the possibility of two Cuban students coming to present it on campus, which got Braxton and many of her colleagues intereseted.

Braxton became the lead contact and coordinator for the event and said she was excited primarily because an open forum discussing a social issue like this —  especially one from another country — hasn’t happened before. She worked closely with Dr. Dennis Stinchcom of American University, who was planning the tour; Jim Ducibella in University Relations, who helped to prepare media releases; and her assistant Chantalle Ashford, who created the Facebook event on the Middle Passage Facebook page.

“International exchanges are critically important from so many perspectives,” Braxton said. “Knowing our complex histories and the pervasive roots of social inequality in the past can contribute to more accurate analysis of the critical social justice issues of our time and [help us] see transnational linkages. This understanding and increased perception leads to new possibilities for a just and sustainable future. It is critically important for future leaders to have opportunities like these at formative stages in their educational and/or professional careers.”

The presentation room was packed before the guest speakers had even arrived Thursday, and students actively engaged in discussion. During the presentation, members of the Latin American and Hispanic studies departments at the College helped translate between English and Spanish for those in attendance who did not speak Perez and Fernandez’s native language.

The film showed that being knowledgeable about transnational issues can make a huge impact on the life of someone who is less fortunate, such as the people in the solars of Cuba.

“When I go back to Solar 11, it will not be to film; I am only going back to help and contribute,” Perez said. “This film is a medium that has the power for social change, so that is real. Every individual has the strength and the energy to do something and bring a positive change in the world, inside and out. If we make small groups of people, we are strong and can come together … We need to do more and talk less.”