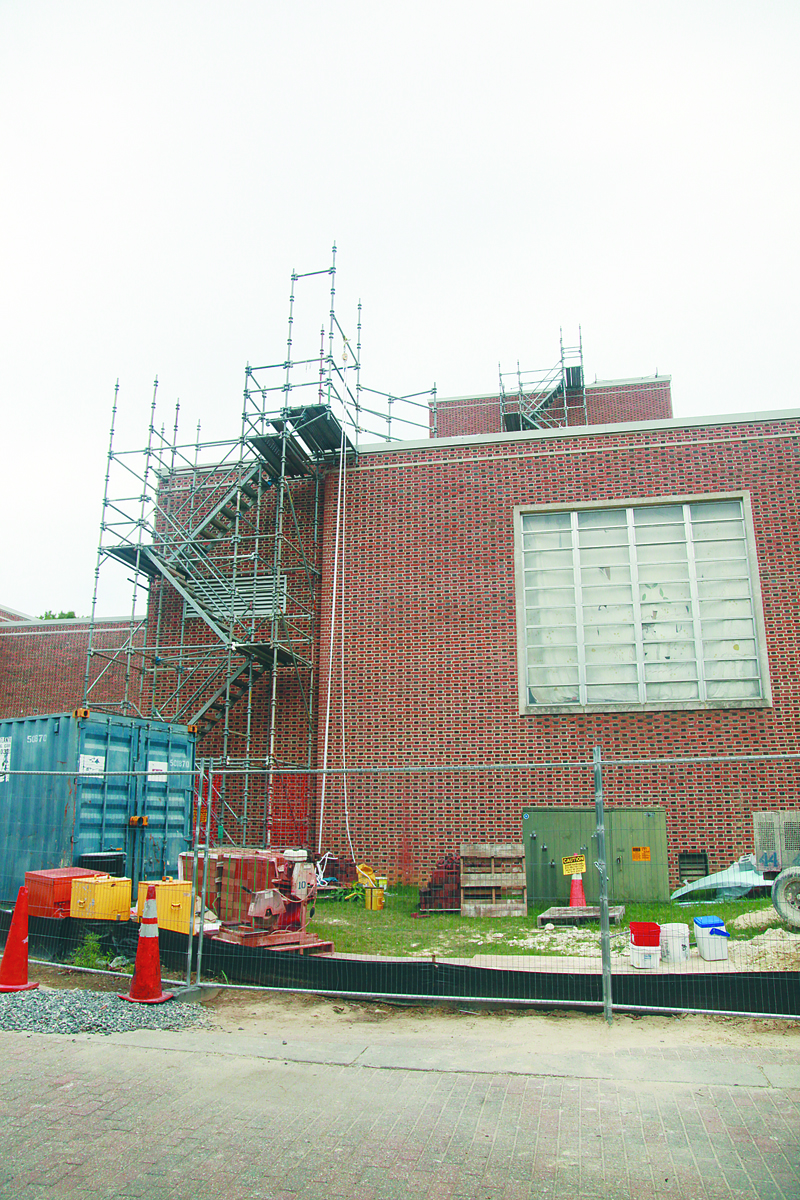 The proposed 2009 plan centered on moving the Muscarelle Museum of Art to a new building, around which the music, theater, dance and art history facilities would be built.

Since the state does not view the Muscarelle as an academic building and would not fund its construction, the construction had to be supported largely by private funds.

“The large [2009] plan required a huge amount of private funding,” Vice President of Administration Anna Martin said. “The majority of funding would have come privately, which was not possible in 2009 because of the financial situation of 2008.”

“After more than three years, we have not been able to move this project forward. We found ourselves in a place where the perfect was getting in the way of the necessary. We needed to come up with an alternative plan that would allow us to get started and address this one space at a time,” Provost Michael Halleran said in an email.

The Muscarelle is no longer at the top of the waiting list for a new home. Instead, the College seeks to first create spaces for the traditional academic art departments, starting with theater and music.

“We have facilities that are in dire need of work,” Halleran said. “We evaluated and reviewed each building this summer and met with each department. We determined our academic departments —particularly music and theater should come first.”

Currently, there are not many specifics about the new arts complex.

“We issued Request For Proposal (RFP) last week for a more limited feasibility study to look at the possibility of renovations to existing facilities as well as building new,” Halleran said in an email. “We expect it to be ready by April 2013. We will then determine how to include the separate projects in our six-year capital improvement plan we submit to the Commonwealth.”

Aaron de Groft ’88, Director of the Muscarelle Museum of Art, is pleased to see that the administration is moving forward with the plan, even though the Muscarelle is no longer the first in line for a new building.

“The [Muscarelle] is thrilled that the school is replacing the arts buildings that are in impoverished conditions,” De Groft said. “The time frees the museum to collect private funds.”

Yet De Groft could not understand why the commonwealth does not recognize the Muscarelle as an academic building and supply funding for it.

“The museum takes pride in being a laboratory of experiential learning,” said De Groft.

Joan Gavaler, chair of the department of theatre, speech, and dance at the College, feels that the progress on the arts complex is long overdue.

“There is now a shared understanding between the administration and the arts departments that it is essential to deal with the arts’ facilities,” Gavaler said. “It’s about time that there is congruence across the administration that the arts should move forward at the College.”

Gavaler, who also directs Orchesis, feels the proposed central location will take the arts to new heights at the College.

“With integration with peers across the disciplines of the arts, we will be able to offer new experiences to students,” Gavaler said. “It is very exciting.”