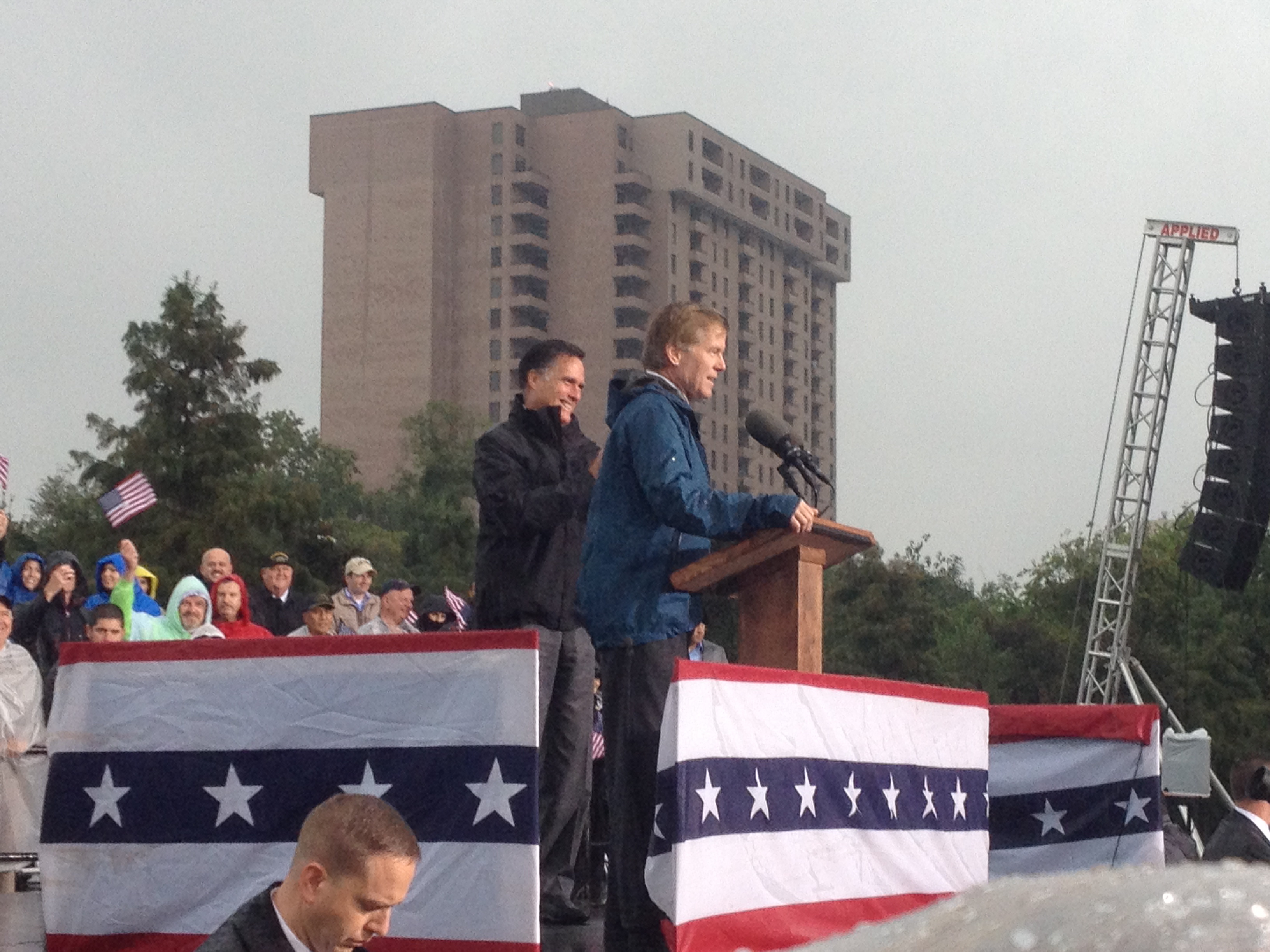 Members of the College Republicans weathered rain to hear presidential candidate Gov. Mitt Romney speak Oct. 8 in Newport News. Romney was appreciative of the crowd that showed up despite weather conditions.

“People ask why it is that I’m so confident we’re going to win,” Romney said. “I’m confident because I see you here on a day like this, this is unbelievable.”

The candidate touched on the recent debate and his platform, outlining his five-point plan to restart the economy.

“Number one, I’ll take full advantage of our oil, our coal, our natural gas, our nuclear, and our renewables.  Number two, I’ll make sure we get trade that works for us, open up new markets for trading, crack down on China if and when they cheat.  Number three, I’m going to make sure our training programs work for the workers of today, that we get our kids the education they need.  I’m going make sure that our kids, and their parents, and the teachers, they come first. And that the teacher’s union will have to come behind.  Number four, I will get us on track to a balanced budget, and number five, I will champion small business.  I’ll make sure our tax policies and our regulatory policies and health care, all these things come together to make it easier for small businesses to grow and thrive,” Romney said.

Romney’s belief that the government does not effectively create jobs in the economy spoke to some College Republicans.

“I joined the College Republicans because I think it’s essential for the future of our nation to reduce the national debt and overall reduce the size of government because it’s really not good for the state of the nation,” Ryan Corocan ’16 said.

The College Republicans are focusing their efforts on campaigning for Mitt Romney in addition to local candidates such as Rep. Scott Rigell and former Senator George Allen.

“Every Saturday we go out door knocking, and Wednesday nights we make phone calls for Mitt Romney for President, and I think both [of] those [activities] really help a lot in the long run,” Corocan said.

The College Republicans noted that campaigning in Virginia is especially important for this election year.

“Particularly in Virginia — it’s a crucial swing state, so every vote is going to count here,” Marcell Crawford ’16 said. “Through persuasion and providing voters with literature and other information about the candidates, primarily Mitt Romney for the Presidential side, we’re giving these people an opportunity to know a bit more about the candidates and be able to make an informed decision come the election on November 6.”