Home Opinions Why the Dalai Lama was right: Overusing technology isolates us from each... 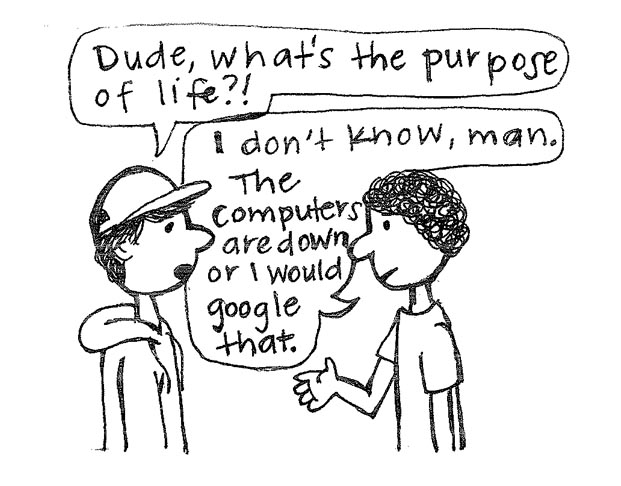 Equipped with a smile warm enough to melt a cold heart and a laugh so vivacious it would lighten up the depths of any soul fortunate enough to hear it, the Dalai Lama enraptured an audience of 8,200 students, faculty, staff and non-affiliates of the College of William and Mary with a speech that focused on compassion — “not only nation to nation and human to human, but also human to other forms of life.”

In order to be compassionate to each other, we must first learn how to communicate. However, because we live in a society where communication via modern technology is prominent, many people are incapable of communicating face to face.

When answering questions submitted by students, his Holiness was asked his opinion on modern technology and its effects on the spiritual lives of those who use them. Although he praised technology as one of the “great achievement[s]” of the 20th and 21st centuries, he believes there is an overwhelming dependence on it.

My relationship with technology — from Facebook and Twitter to email and text messaging — is comparable to my addiction to anything that is sweet and caffeinated.

Much in the same way I don’t like to admit that my daily chocolate chip scone and Columbian coffee are not the healthiest breakfast choices, I also hate to admit that our culture’s dependence on modern technology has made human interaction isolated and less compassionate.

With the touch of our fingers, we silently hold conversations with the person next to us. We go about our days with headphones plugged into our ears, failing to acknowledge those who pass us. And more often than not, we find ourselves sitting alone, surfing the web or “connecting” to friends and family via the Internet. The time we spend text messaging, tweeting and messaging friends through social media outlets not only discourages face-to-face communication, but also isolates us from one another.

What’s even more impersonal than building and maintaining relationships through technology is when people use electronic devices to avoid the awkwardness of face-to-face confrontation. According to Psychology Today blogger Alex Lickerman, many people choose to use the Internet and other forms of technology to address difficult issues because, “it blocks us from registering the negative emotional responses such messages engender, which provides us the illusion we’re not really doing harm.” Unfortunately, using technology to communicate requires little to no emotion, which can lead to ambiguous messages and cause more damage than necessary.

There are, of course, benefits to living in today’s technological world. Educational tools, computers, smart phones and tablets allow us to communicate efficiently with each other and our professors and are also beneficial to those entering the workforce. The Internet, along with today’s modern technology, is an amazing tool that continues to bring the world closer together. But as advances in technology bridge the physical distances between us,  I can’t help but feel that as a society we are slowly drifting apart.