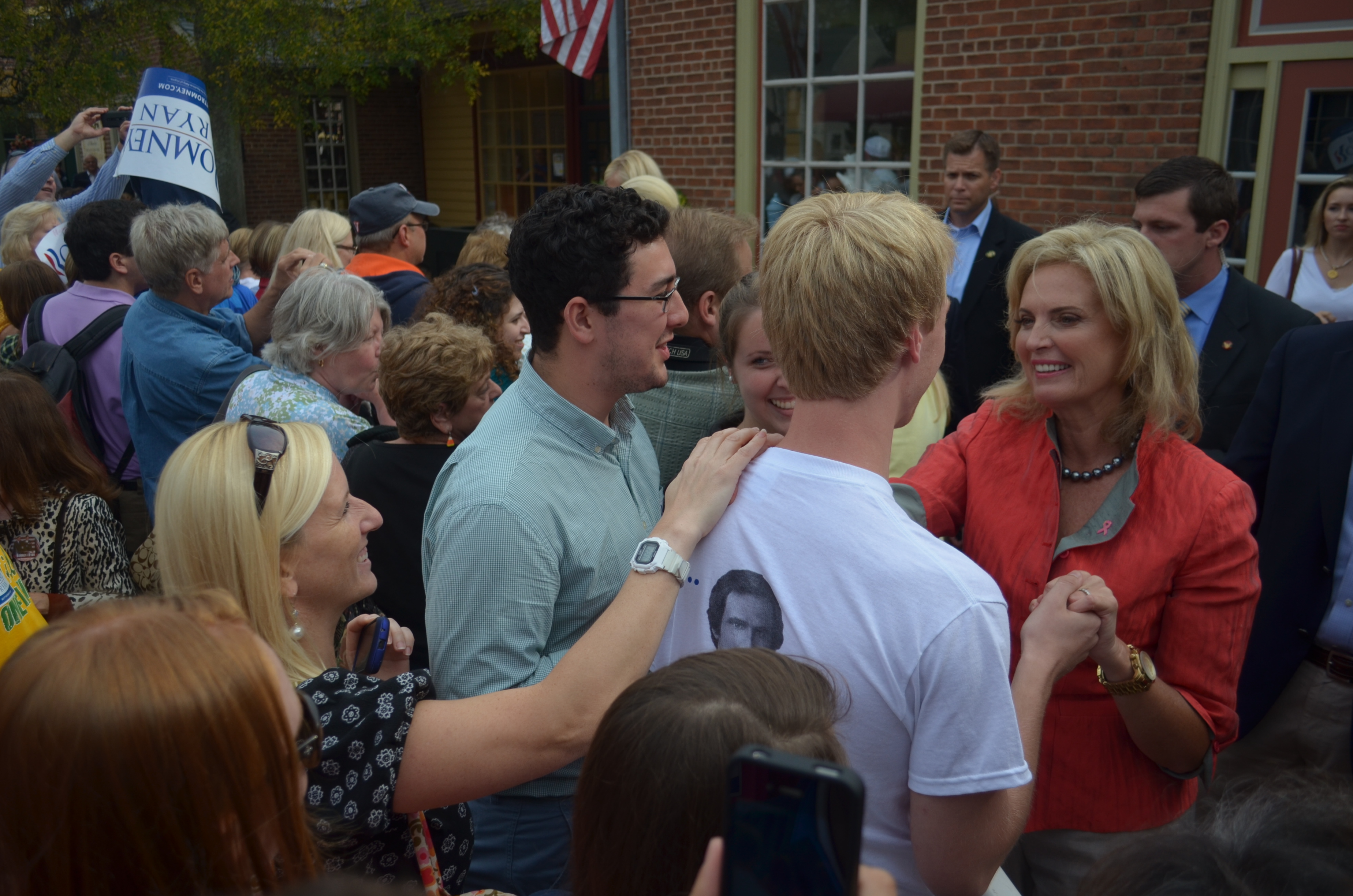 Stuart Veal ’15 waited in line to see Ann Romney. When it was his turn, she shook his hand and hugged him. Then, looking him straight in the eye, she told him that Mitt Romney would work to help his future by creating more jobs.

“I thought it was a great message,” Veal said. “The most important part of this election is the economy and finances, which she addressed when she spoke to me. She was very sincere.”

According to Assistant Field Director for the Romney Campaign in Williamsburg Evan Maraist ’14, the Secret Service estimated the crowd at 650 people. Initially, when the Williamsburg branch of the campaign was notified of her visit on Tuesday, they expected a crowd of about 200 people, but through flyers and social media, the event grew larger.

“It was supposed to be a smaller event, but we had overwhelming support,” Maraist said.

As Ann Romney emerged from the Peanut Shop, she remarked on the size of the event.

“I thought this was just a little retail stop to buy a few peanuts,” Ann Romney said.

She went on to discuss how she was influenced by her grandfather, an immigrant coal miner who worked hard to achieve the American dream, and noted that this election was highly important for such values.

“This is the most important election of our lifetime because it’s going to determine the direction of this nation,” Ann Romney said.

She also described meeting Barbara Bush, who told donors at a fundraising dinner they simply weren’t doing enough. Bush was not the only person of note Romney mentioned, as she introduced Cindy McCain to the crowd.

Spencer Chretien ’14 attended the event and felt that it was a great indicator of the Romney campaign in Virginia.

“I thought it was optimistic,” Chretien said. “This was an event that we found out about a day before, and we still had about 500 people there on a narrow street. I think Mitt Romney’s going to win Virginia. It’s going to be very close, but he will win. James City-County, York County and the City of Williamsburg are part of the Greater Hampton Roads area which is one of the swing areas of this state.”

Ann Romney then shook hands and greeted supporters before departing for another campaign event.

For the Romney campaign in Williamsburg, campaigning will amp up during the coming days.

“We’re going to be going door to door every single day until the election,” Maraist said. “We’re going to [be] hitting double shifts for everybody. We’re confident that if our base turns out on Election Day, we’ll win Virginia.”