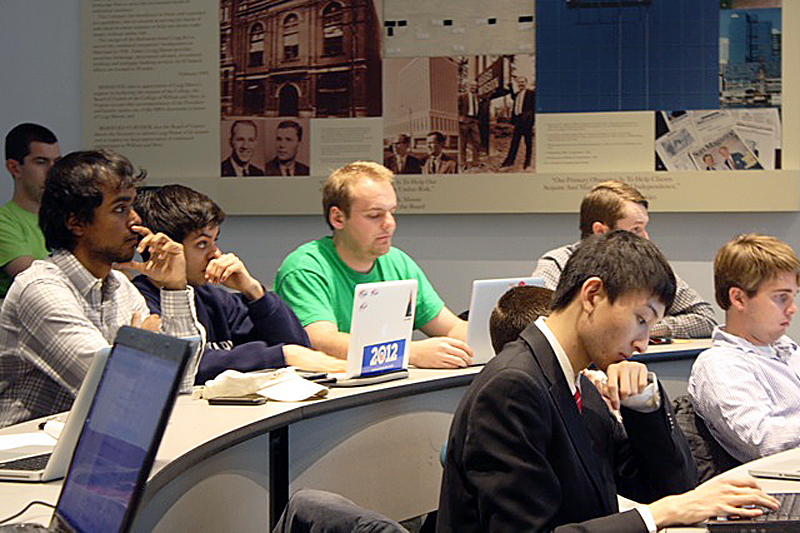 The Student Assembly Senate convened for its first meeting of the spring semester Tuesday.

“Currently, we don’t have the funding to support STI testing entirely for the semester,” Lorenzen said. “So what we need to do is examine how much we want to provide for students and what restrictions we may want to put on the [account].”

Sen. Drew Wilke ’15 introduced the Swem Snacks II Act to maintain last semester’s Swem Snacks initiative. If Wilke’s bill is passed, snacks will be available in Earl Gregg Swem Library every other Sunday instead of every Sunday in order to cut down on the initiative’s costs.

Moore served as Undersecretary of Community Engagement and implemented the SA Days of Service, which was observed once last semester and again on Martin Luther King, Jr. Day.

“Alicia comes with the executive’s strongest recommendation,” Chief of Staff Mackenzie Wenner ’13 said. “She’s been working a little bit trying to straddle that role over the winter break. … What I’ve heard from everyone in that department is that she’s doing a great job, and it’s going swimmingly.”

Mills said McNerney was removed due to his inability to carry out the tasks his position required.

“Secretaries are appointed for a direct purpose, and when you’re doing a secretary’s work, there’s a lot of people who want that job,” Mills said.

Secretary of Finance Brett Prestia ’14 presented the current finances of the SA to the senate. The presentation follows the SA’s decision to take a more conservative role in spending initiatives.

Sen. A.J. Sapon ’13 questioned the use of the SA reserve funds to pay for a miscellaneous facilities request totaling $425. According to Prestia, this charge was for a broken door lock in the Campus Center and was made under Mark Constantine, the recently resigned Assistant Director of Student Activities.

“I definitely think it would be worth pursuing with Constantine or his successor,” Sapon said.