Home Opinions One ability our generation could work on 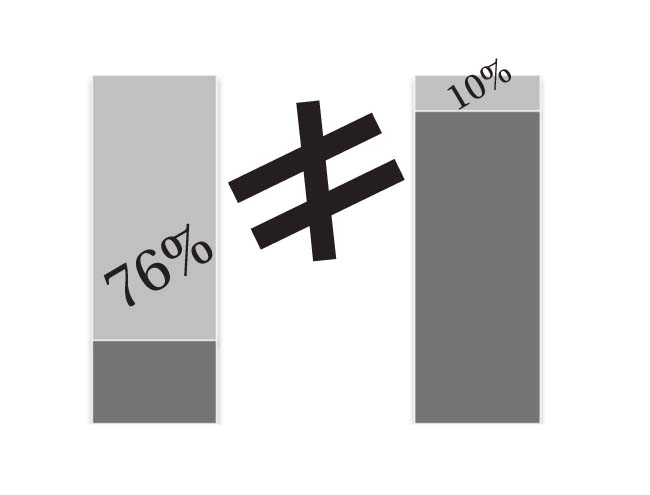 There’s one life skill that is impossible to master completely, but at the very least, it’s one that we need to become much, much better at: analyzing our abilities objectively.

According to an annual study of college freshmen conducted by the Higher Education Research Institute at the University of California, Los Angeles, most students have unrealistic perceptions of themselves when it comes to academics. This year, 69 percent of freshmen ranked their academic ability as being either above average or in the top 10 percent compared to their classmates. In the “drive to achieve” category, this statistic jumps to 76 percent of freshmen.

College freshmen are either defying the laws of statistics or becoming increasingly self-deluded.

The problem at hand is a simple one: Young people’s perceptions of their abilities don’t match up with reality. To alleviate this discrepancy, our goal should be to improve our ability to accurately recognize our own strengths and weaknesses.

This solution seems simple, but most conventional wisdom ignores this goal altogether.

Indignation is an instinctive response to findings such as these. For instance, a recent Fox News editorial’s take on the matter can be summed up rather nicely in its title, “We are raising a generation of deluded narcissists.” The solution, it argued, is for us to “get a plan together to combat this greatest epidemic as it takes shape.” Ah, and how exactly should we respond to this call to arms? Perhaps we could initiate a valiant effort to deflate young people’s egregiously large egos and sense of self-importance. We could tell them they don’t matter. That their thoughts about the world, ideas about how it works and dreams about how they’ll spend their extraordinarily limited time in it are no different from thousands of other thoughts and ideas and dreams from thousands of other idealistic youths just beginning to find their place in the world.

All of that is true. But saying so will only make the problem worse.

If the goal is to learn to analyze our abilities objectively, then making broad, over-generalized claims about our self-aggrandizing younger generation acts in opposition to that end. It won’t teach young people to make accurate judgments; rather, it will only enforce the idea that their abilities can be judged in broad, over-generalized ways instead of through actual individual analysis.

The same problem exists on the other side of the spectrum, with those who espouse the idea that everyone is exceptional, that success is possible if only you believe in yourself and proceed through life with overwhelming confidence. But again, this idea just encourages another form of self-delusion — which is what we need to be moving away from in the first place.

As a result of either of these two mindsets, a person’s abilities begin to seem like a sort of hazy, intangible, indefinable concept — almost as if these capacities can be altered simply through belief. But wouldn’t it be better to encourage young people to think about their abilities as parts of themselves that they can access and understand — and as a result, things that they can improve?

If our generation better understood both the expanse and the limits of our abilities, we could more accurately approximate what we are capable of accomplishing. Those who overestimate themselves would become a bit less arrogant, and those with lower self-esteem — admittedly a minority, if the study is accurate — wouldn’t lack confidence when striving toward goals they know they’re capable of achieving.

Objective self-analysis is terribly difficult, certainly much easier said than done. But in order to start getting better, we need to recognize it as a goal worth working toward. Think of it this way: The hurdles and nuances and intricacies we’ll encounter in our lives are very real, tangible challenges. It will not help for a person to think, “I know that I’ll succeed/make an impact because I’ve just decided so,” or, on the other hand, to think that, “with all of the extraordinary people in the world, there’s no way that I could possibly do anything significant.” And whenever a person tries to overcome these challenges, the results will vary: They could be magnificent, but it’s also entirely possible that they will be no better than mediocre, or even ridiculously insignificant.

This is inevitable — but it’s also exciting. Because the more objectively self-aware we are, the more effectively we can navigate those challenges, and the more control we’ll have over the results. 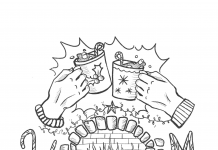