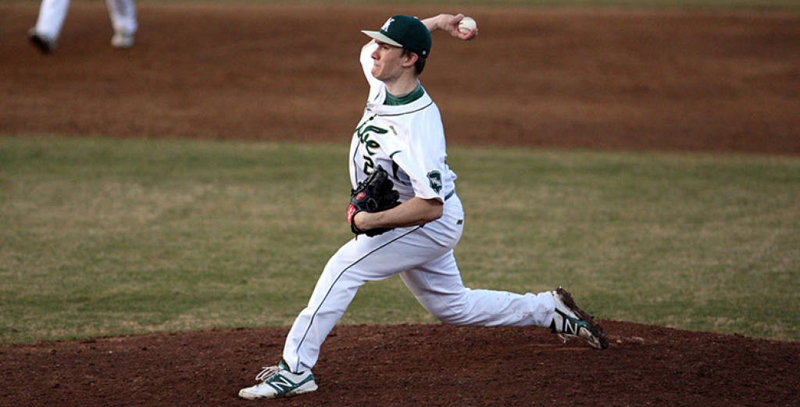 William and Mary opened its 2013 campaign by leaving the frigid Williamsburg weather for sunny Clemson, S.C. for a weekend series with Atlantic Coast Conference foe Clemson.

After splitting the first two games of the series, the Tribe seemed poised to topple the Tigers in the series finale after scoring the first run of the game in the fourth inning, but Clemson reeled off 12 consecutive runs to claim a 12-2 series-clinching win.

“I thought our guys, for two and a half games, really went down there and had a really good opportunity to win the series, and the last three innings didn’t go the way we wanted it to, but we really competed well throughout the weekend, but we did a lot of positive things down there that we can build on moving forward,” head coach Jamie Pinzino said.

The College (1-2) dropped head coach Jamie Pinzino’s debut in the first game of the series, but bounced back on Saturday. Powered by sophomore third baseman Michael Katz’s four RBIs, the Tribe demolished the Tigers 11-2 to even the series at one game apiece, setting up a decisive third game.

One inning later, the Tigers essentially iced the game with an impressive six-run seventh inning. The Tigers harassed junior John Sheehan for six earned runs, creating a commanding 12-1 advantage. Senior shortstop Ryan Williams drove in Hissey in the ninth inning, but it was for naught as the College fell 12-2.

Hissey and Williams both tallied RBIs in an otherwise quiet game at the plate for the College. Senior Kevin Nutter and Katz also recorded one hit each.

While the Tribe bats were largely silent Sunday, the College enjoyed a productive performance Saturday against Clemson starter Patrick Andrews. Senior second baseman Ryan Lindemuth kicked off the scoring display by driving in senior centerfielder Ryan Brown in the first inning to put the College out a quick 1-0 lead.

After a scoreless second, the Tribe began to take control in the third. The College garnered three runs on four hits as senior first baseman Kevin Nutter, Brown and Lindemuth all scored. The theme would continue throughout the remainder of the contest, as the College went on to score nine more runs over the final six innings to secure the 11-2 victory — the College’s first win over an ACC team since March 2011.

“On that day, our offense really busted out a little bit. … Lindemuth and Katz had a great weekend, both of them, they were really productive,” Pinzino said. “I think on Saturday we were able to get some guys on base and create some innings and we hit very well situationally.”

As a whole, the College recorded 16 hits, a solid rebound after getting shutout in the season opener. Lindemuth paced the Tribe with four hits, two runs scored and an RBI while Katz knocked in four RBI on three hits. Nutter’s two RBI and three runs scored helped further propel the Tribe, while Brown scored three runs on a 3 for 4 batting performance.

While Farrell delivered a quality start Saturday, it was not the first good performance of the season by a Tribe pitcher. Senior pitcher Brett Koehler pitched seven scoreless innings, countering a scoreless outing by his Clemson counterparts, until the eighth inning.

With two outs in the bottom of the eighth, Clemson second baseman Steve Wilkerson bunted and advanced to base, keeping the Tigers alive. Designated hitter Shane Kennedy stepped up to the plate and took advantage of the opportunity, sending one of Koehler’s pitches out of the ballpark for a two-run home run that would prove to be the only runs of the game.

“Brett was awesome in game one,” Pinzino said. “He’s a very consistent performer in and out on the mound. He throws a ton of strikes, I don’t think he walked anybody throughout the game, eight innings and had a 0-0 game into the eighth inning when they hit a two-run homer, one pitch that their guy put a good swing on and changed the outcome.”

The College returns to action Tuesday for a matchup against Virginia in Charlottesville, Va.