Home Opinions Why stress levels are getting so much higher — and what’s to... 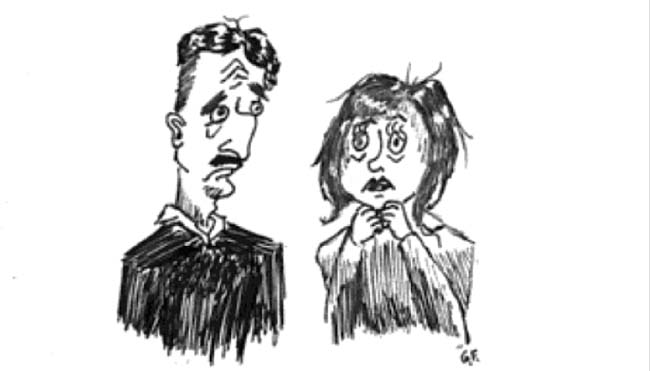 According to a recent survey conducted by the American Psychological Association, half of all millennials — Americans between the ages of 18 and 33 — claim that their stress levels keep them up late at night. The Stress in America survey declares that the culprit behind the rising stress levels in young Americans is closely related to work and job stability — an overall weak explanation. The truth is, all Americans have grown more anxious. It is not a generational problem; it is a national problem.

Through both good and bad economic times, America has transformed itself into a “worry nation.” We have come to believe that, since we live in an industrialized western country, our lives should be perfect and that we should adhere to the American dream. But life isn’t perfect, and not everyone will meet the standards of success — and that’s okay. Unfortunately, many people refuse to accept this fact, and as a result anxiety now surpasses depression as the most prominent mental health issue in the United States — affecting over 40 million adults.

The proliferated stress levels that Americans are living with is ironic because we live in a society safe from imminent danger: Although our country is at war, the battle fronts will never take place on American soil; advancements in engineering and medicine allow us access to the best medical care; and we live in a welfare state that provides for those less fortunate. Yet we still find reasons to stress. According to the 2002 World Mental Health Survey, “people in developing-world countries such as Nigeria are up to five times less likely to show clinically significant anxiety levels than Americans, despite having more basic life-necessities to worry about.”

The answer to the causes of anxiety and stress is complex. Although there are no clear answers to the rise in anxiety and stress levels, some experts believe that the decline of in-person social interaction has had a negative effect on the lives of American citizens, and it can be a major factor in issues with anxiety and stress. Researcher Michael Davis of Emory University states: “If you’ve lost the extended family and lost the sense of community, you’re going to have fewer people you can depend on, and therefore you’ll be more anxious. Other cultures [such as those in Nigeria] have much more social support and are better off psychologically because of it.”