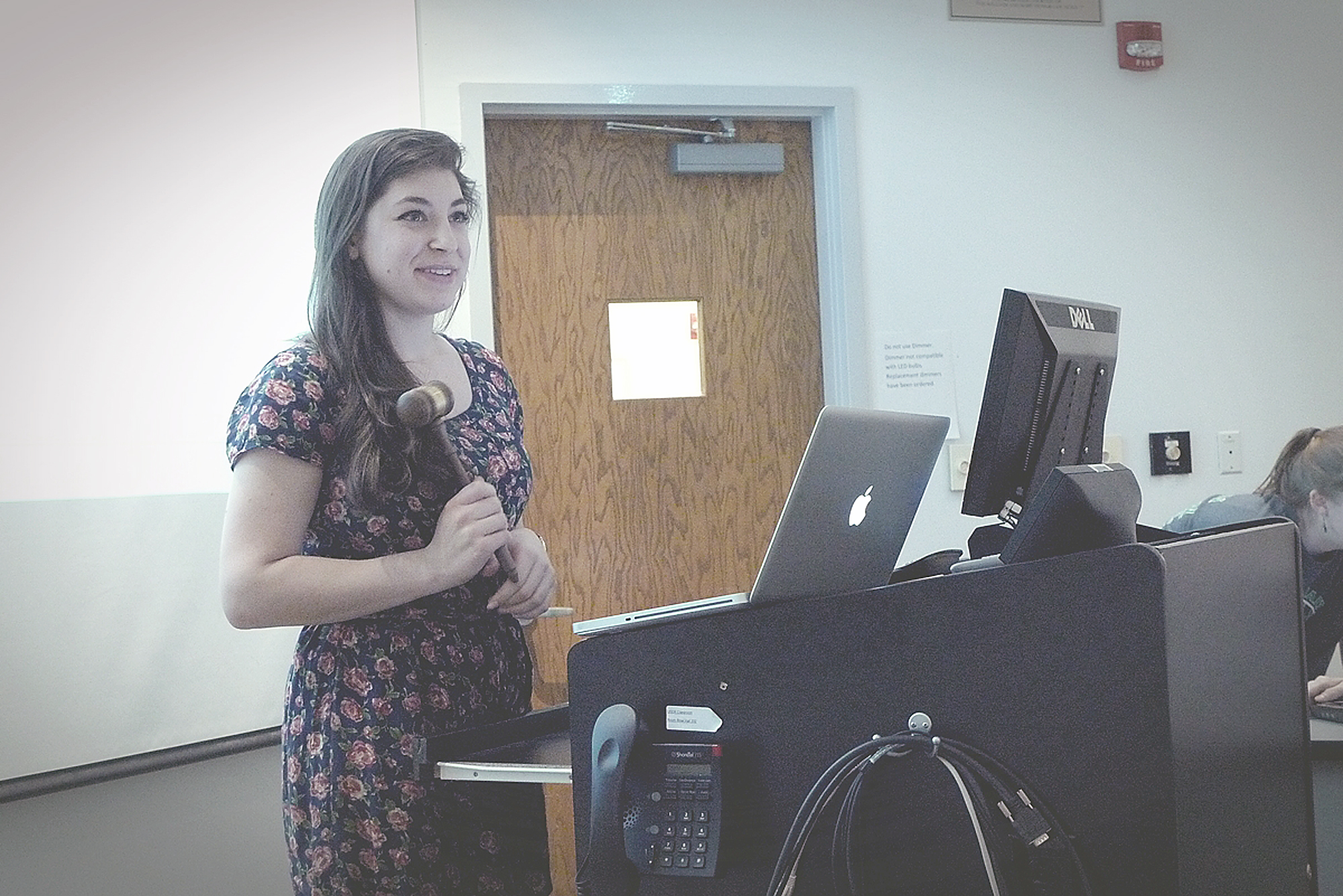 The total SA fund rests at $24,264 for the remainder of the semester. Secretary of Finance Brett Prestia ’14 expressed optimism following the unprecedented lows reached earlier this semester.

Secretary of Health and Safety Jake Lewitz ’13 updated the SA on the STI subsidization fund. Two weeks after the enactment of the subsidization policy, the fund has decreased from $3,800 to $2,864.

“The purpose of this act would be to facilitate about six to 10 coffee talks throughout the spring semester,” Sen. Alice Shaughnessy ’13 said. “A group of students — probably five to six students — would get to have coffee with an administrator and kind of get to know them on a personal level.”

The Blue Talon Bistro will serve as the location for the talks. Students can sign up for the talks through a link that will be sent through the Student Happenings listserv.

The Code Revisions Begin Act, which was assigned to the Policy and Executive Committee, would shorten the time the senate chair has to send out the agenda before a meeting and also defines the role of the historian, who would ensure that SA records are archived.

“Basically, the Code Revision Act is going through basic [aspects of the code] that are keeping the SA from being more efficient, or are controversial and flushing [them] out,” Senate Chair Kendall Lorenzen ’15 said.

The Executive Committee finalized preparations for Spring Busch Gardens Day March 23. Additionally, the committee continues to plan I AM W&M diversity week and the annual King and Queen ball Apr. 19.

The Senate Outreach Committee plans to create videos to answer common questions students have about the SA. Additionally, senators are looking into putting print copies of newspapers like The Wall Street Journal and The Economist into Earl Gregg Swem Library for student access.