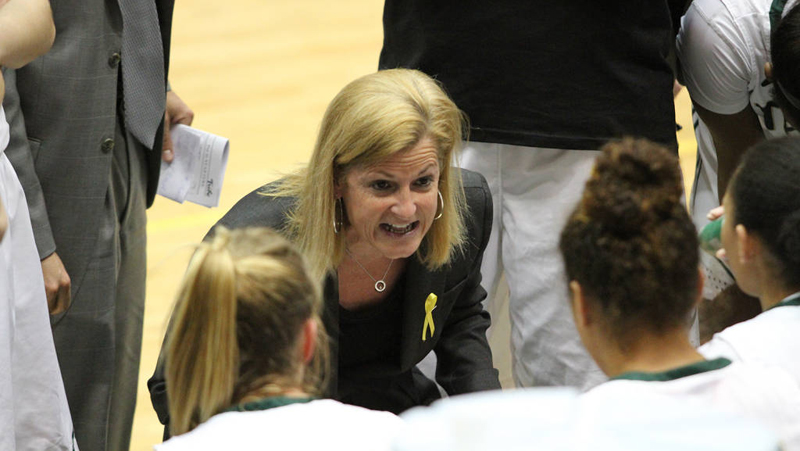 Say what you will, but Debbie Taylor was one of a kind.

In an age when coach-speak is a first language even at William and Mary, the former women’s basketball head coach broke the mold with brutal honesty. There was never a dull moment with Tribe women’s basketball, and ultimately that was her undoing.

Coaches at the College are always fighting an uphill battle with limited funding and an apathetic fan base, so we can forgive some of her 146-265 overall record and dismal 73-175 record in conference play.

But Taylor also had an uncanny ability to get in her own way. Conflicts with her best players were almost as constant as the losses.

Memories of her disputes with star forward Tiffany Benson ’10 were still fresh when she routinely butted heads with guard Taysha Pye, the school’s second-leading all-time scorer and a bench player for most of her 2011-12 senior season.

Back in the mid-aughts, guard Kyle DeHaven took home CAA Rookie of the Year for the Tribe in 2004 and CAA Defensive Player of the Year in 2005 before bolting for in-conference rival Delaware after her sophomore year.

The insubordination went back well beyond this author’s purview, so take it from Daily Press sportswriter Dave Fairbank. In 2006, amidst Taylor’s first winning season since taking over for the 1999-00 season, Fairbank wrote, “Injuries and player defections conspired to make each season a sort of sadistic ‘Groundhog Day’. Taylor’s best players always seemed to be on the shelf for weeks, if not entire seasons. Promising careers never got out of the gate.”

With little inside knowledge of what motivated all of the feuding, we can only speculate. But if you had looked over at her on the sideline during almost any game this season, more often than not you found her face fixed with a scowl, directed squarely at her team.

Rarely did she vent her frustration at officials, leaving spectators wondering if she preferred fighting with her players rather than fighting for them.

But despite all of the disputes and under-performance, it was an almost annual ritual for Taylor to make wildly optimistic pre-season claims about her team. Each year they got bolder and bolder, and by this season, she was calling the 2012-13 squad the best in school history. Taylor was either a poor evaluator of her squad’s talent or simply incapable of squeezing productivity out of it.

When this supposedly talented bunch of four senior starters won just eight games (only seven against Division I competition) and suffered a 34-point blowout in the first round of the conference tournament this year, it became impossible to defend Taylor. Everyone stayed healthy all season, leaving nowhere to look to but the coach. Frankly, it’s been hard to defend Taylor for a while now; the legitimate accomplishments of her tenure are so few and far between.

After her team went just 3-26 in the 2010-11 campaign, it seemed Taylor was still around simply because she was an alumna and Athletic Director Terry Driscoll always had a fairly apathetic attitude towards coaching changes.

And yes, while it’s great that Tribe players consistently made the CAA All-Academic team, it’s also hard to expect anything less from a school like the College playing in the Colonial Athletic Association.

However, through it all, Taylor remained a good, positive and refreshingly honest person. Whereas football head coach Jimmye Laycock has an almost Belichikian way of saying so much and so little at the same time, Taylor never gave you the run-around and always told it like it was.

Cordial and accommodating with fans and the media, she was a long-time advocate for women’s athletics at the College. Combining this with her touted recruiting ability, she almost seemed better fit for an administrative position.

But as she stood helplessly watching Drexel dominate her team in the first-round matchup last week, her scowl seemed to fade, replaced by a look of resignation.

It was clear to anyone watching that Taylor had lost control of her team. And when that happens, changes need to be made.