Home Opinions Communication is changing, but does our privacy have to? 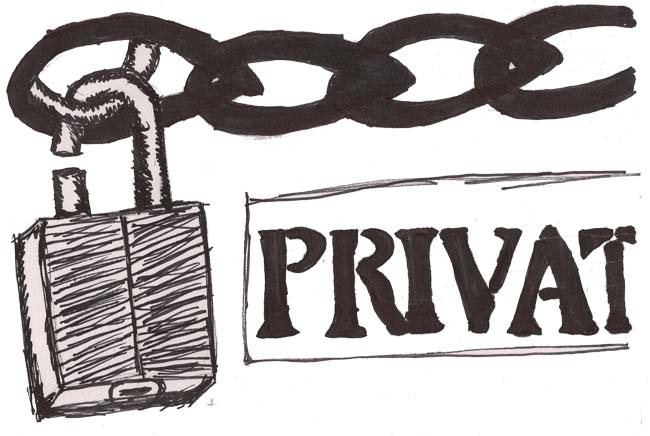 We put a lot of faith in the notion that anything saved online behind a username-password combination is safe from the public. Locking it up with a six-to-12 character password makes it “mine,” doesn’t it? We think of our personal documents and emails as private possessions on par with wallets and keys, but the truth is the lines of ownership and access to these things are blurrier than we like to think.

Take as an example the publicity on the Harvard cheating incident last spring, when 70 Harvard students were suspended for allegedly cheating on a take-home exam. Remember that? The problem is you shouldn’t have ever known about it, but internal emails which were supposedly confidential were leaked to the media, attracting national attention.

The incident was thrown back into the spotlight when, earlier this week, Harvard officials admitted they responded to the information leak by secretly accessing the email accounts of 16 resident deans. That’s where issues of privacy begin to get sticky.

Harvard officials have issued assurances that these were extenuating (and also legal) measures taken to secure the privacy of the school’s employees and students. Even so, their ironic breech of privacy made in the name of reinforcing school security has prompted a great deal of backlash.

Since the administration was operating completely within its legal rights, it seems public indignation is rooted in something else — in fear sparked by a glimpse at the true nature of our online privacy, which is hard to protect, harder to fight for and impossible to recapture once lost. The Internet isn’t exactly new, but the ethical implications of its use are still pretty murky.

For the most part, college students do not have to worry about or deal with draconian invasions of privacy. The worst invasions of privacy college students generally face are often lighthearted in nature, such as the occasional Facebook status-change by a friend, or, more eerily, the personalized banner ads that are created based on browsing history. But imagine if the contents of your emails, texts and anonymous posts were plastered for the world to see. We’re more vulnerable to this possibility than we like to admit.

I may sound a bit like a conspiracy theorist, or at least like a mother warning her pre-teen daughter against sexting, but prudence is an important idea to keep in mind as we get more comfortable expressing ourselves electronically.

Nobody’s going to be diligent enough to read the small print of every website accessed, app downloaded, and terms of services agreed to. What we can do is treat anything we post on the screen as accessible by all. We need to remind ourselves emails aren’t like wallets; they can be stolen more easily, with just cause, and possibly without your knowledge. And once it’s out there, it’s out.