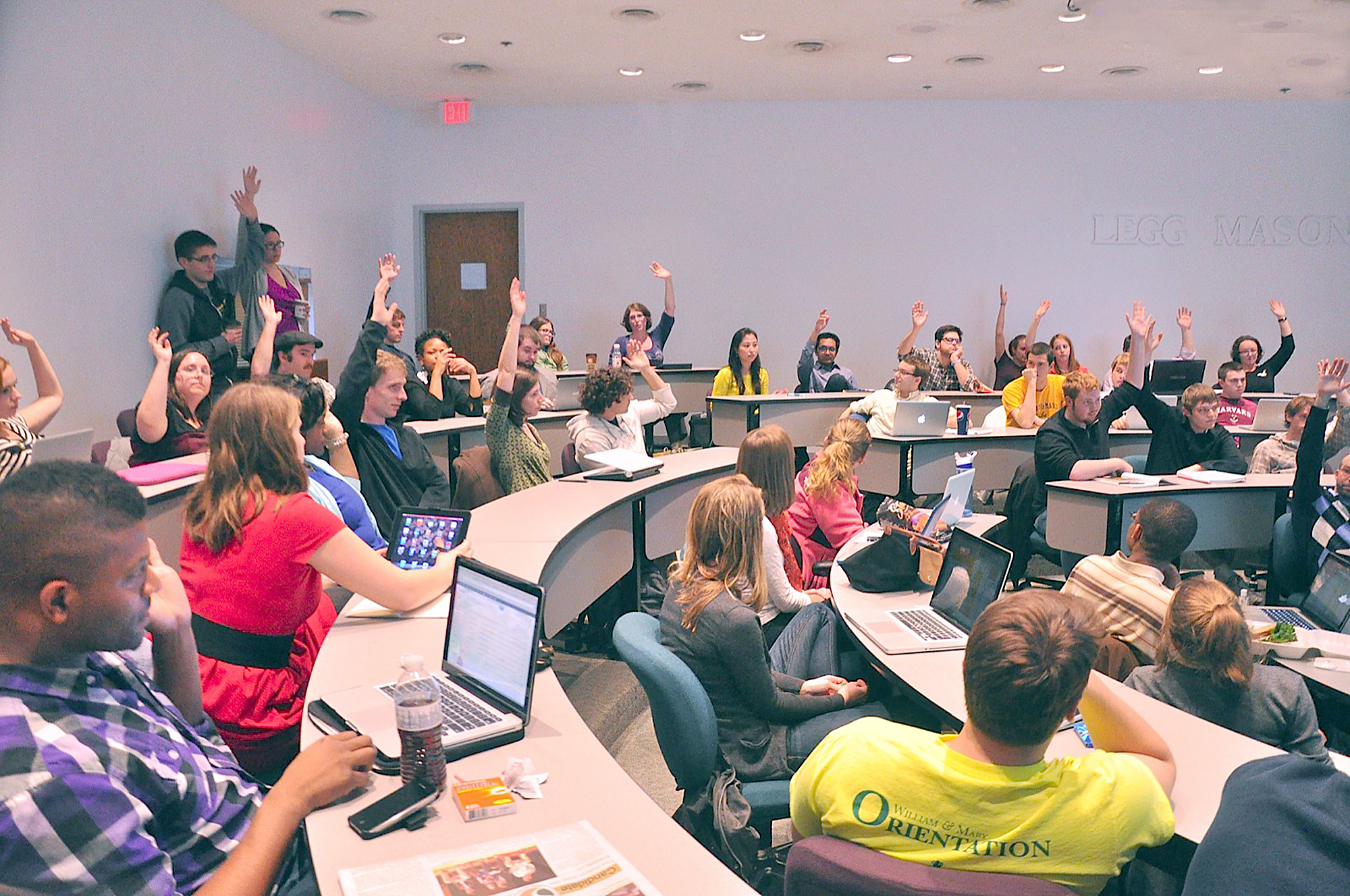 When graduate student representatives from the College of William and Mary’s Arts and Science Departments attended the Student Assembly senate’s meeting Tuesday, they were not only protesting a $6,000 budget request cut for their annual Colloquia and Graduate Research Symposium ­— they were protesting their overall position on campus.

“As a graduate student in the arts and sciences it can feel like we’re a little bit invisible at times,” Kerry Casey ’07 MPP ’13 said. “Yet we’re hard to find because the time we spend here is entirely devoted to the academics. Events, like the Colloquia that [the SA] didn’t fund or the Graduate Research Symposium —  that has funding cuts —  are the most important things the school has to offer us.”

“The speed of that turnaround was pretty extreme, and the fact we weren’t given time at our leisure to review other types of funding organizations had received was really inappropriate and out of line with what had happened during previous years,” Chapman said.

The appeals meetings were scheduled less than 36 hours after Chapman received the final deadline. In addition, Chapman was not given complete access to the budget in order to compare the GSA’s funding to other organizations.

“[The] Secretary of the Senate Finance and Budget Committee at our budget appeal made a point of asking his first question regarding how many people attend the event … stressing the number of undergraduate attendees — which is not and should not be a criterion for funding,” Chapman said in an email. “[C]ommunication with the committee prior to the tentative budget allocation was completely nonexistent, despite our stature as a student government organization.”

Graduate students emphasized the GRS and Colloquia serve as major networking events and are vital aspects of their academic experience. The GSA, responsible for planning these events, mainly asked for funding for food, which the SA typically does not fund except in the case of cultural events where food appears vital to the event.

“Things like food budgets, which might seem minor, are major parts of making events like the Graduate Research Symposium and Colloquia truly professional events so that when we are presenting to professors and potential employers and colleagues in our field, we don’t look like we’re just sitting around there with a bag of chips,” GSA representative Frank Fucile Ph.D. ’16 said.

Another reason the SA did not fund the Colloquia and GRS is because it was directed at graduate students and the SA typically funds events directed at the entire campus. However, GSA representatives believe there are several events directed solely at undergraduates.

“They didn’t even welcome the graduate students to campus,” Jaclyn Petruzzelli MPP ’13 said. “They welcomed all the freshmen. For an event like [Convocation] to not actively welcome graduate students, it’s disheartening for us as a population as well.”

SA members responded they are not a part of the planning of Convocation.

After the GSA representatives spoke to the senate, the senate passed the proposed budget 18-3. Senate Chair Kendall Lorenzen ’15 stated she plans to write two bills this spring before her term ends later this semester. The first will alter the SA Code to allow funding for certain aspects of the GRS and Colloquia while the second will allocate funds to the GSA for their programs next year from the 2013-14 SA reserves. These reserves will be comprised of the rollover produced by various student organizations after the spring 2013 semester.

“There are stipulations in the code that don’t allow us to grant funding for certain graduate events,” Lorenzen said. “We need to make changes to the code to allow you to benefit from what you should benefit from.”

Earlier this semester, the SA recommended a $98 student activities fee to the Board of Visitors. This fee determined the $695,800 the SA worked with when developing the 2013-14 budget. Earlier this semester, Secretary of Finance Brett Prestia ’14 stated SA President Curt Mills ’13 would not approve a budget proposal that raised the student activities fee.

“The politics that are both in the senate and in the executive do not want to raise [the student activities fee] past $98 because that is the highest fee of any public school in the state of Virginia,” Prestia said during  Tuesday’s meeting. “Kendall [Lorenzen] wants to write a bill to amend that, but officially we have to keep [the fee] under $98.”

The Tribe Rides Reevaluation Act passed unanimously. The Act will allocate $1,500 to the program so it can continue for the remainder of the semester. The Tribe Rides program subsidizes the cost of taxi rides for students seeking off-campus counseling services.