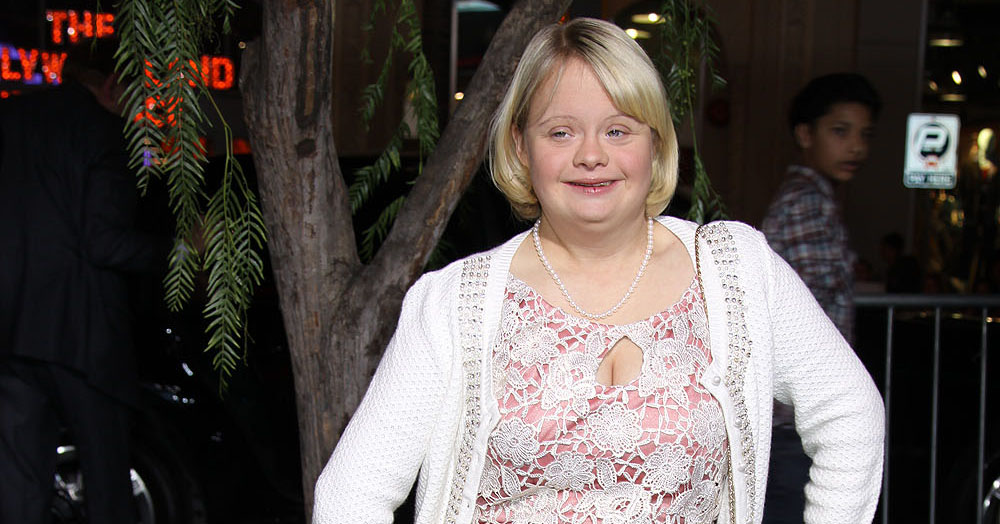 “Retarded.” It’s a socially-charged word, a slur too few people see as derogatory, and a word heard too often around a college campus. But some students at the College of William and Mary are working to change that.

“I think that the r-word has just become a thing people say without even realizing it,” Student Assembly Undersecretary of Disability Affairs Maggie Skorup ’15 said. “People need to be more conscious of their word choice.”

Sunday, April 14 Glee actress and disability rights activist Lauren Potter spoke at Kimball Theatre as a part of I AM W&M Week 2013. The SA’s branch of Health and Safety helped fund the event.

Potter, an actress, activist and person living with Down’s syndrome, plays the role of Becky Johnson, a spunky cheerleader and sidekick to Coach Sue Sylvester of the hit FOX Network show, Glee.

“Since being on Glee, I’ve had the chance to speak up for others with disabilities, others who may have people shoot down their dreams,” Potter said. “Glee has given me the opportunity to stand up for kids who may be bullied and don’t have anyone to stand up for them.”

In addition to her role as Becky Johnson on the FOX television show, Potter is involved with the “Spread the Word to End the Word” campaign, which aims to eliminate the derogatory r-word.

“We’re not trying to be the word police, but we are trying to let people know that there are other word choices, and we should live in a world where we don’t use hurtful words,” Potter said.

Potter also currently serves on President Barack Obama’s Commission of Intellectual Disabilities. As part of her role, she submits quarterly reports regarding problems people with disabilities face at a national level. Currently she is working to ensure disabled people who live with their parents longer are able to collect the social security benefits they require.

The SA has been working to bring Potter to campus since September 2012. Skorup hopes to increase neurodiversity awareness within the campus community.

“At William and Mary, we have a really caring community,” Skorup said. “It’s just that neurodiversity is a very new topic that people don’t really talk about. If you didn’t grow up with people like that then you do think it’s very different. Oftentimes people don’t know how to interact with people with disabilities because they think they have to be careful, but that’s usually not the case at all.”

The College implemented a Neurodiversity Working Group last year in order to create a dialogue about learning differences on campus. Although the College pushed this initiative, SA Secretary of Diversity Initiatives and I AM W&M Week coordinator Neal Chhabra ’14 believes it is important for the students to take action.

“Everyone at William and Mary is quirky in their own way and neurodiversity highlights that these differences are cool,” Chhabra said. “We accept people for who they are and that’s what the William and Mary community is all about.”

After her talk, members of the College community, as well as members of the Arc of Greater Williamsburg for individuals with intellectual disabilities, had the opportunity to meet Potter.

“When parents of kids with disabilities see someone like Lauren Potter, it gives them hope that their kid can have a brighter future,” Skorup said.

252 students at the College currently work with disability services. Skorup hopes the College community will truly attempt to understand neurodiversity and embrace the many members of the community for their differences.

“In a community where we say we love diversity and we’re a diverse campus, people should think about whether they actually feel uncomfortable with the people around them and the people who have a disability,” Skorup said. “And if they don’t, why is that? We all have our little quirks and we all are different. We just need to be more accepting sometimes and not so quick to judge because you don’t always know why people act the way they do and it doesn’t really matter.”

Potter’s message for those in Williamsburg dealing with cognitive differences or those at the College who hear derogatory language is to take a stand.