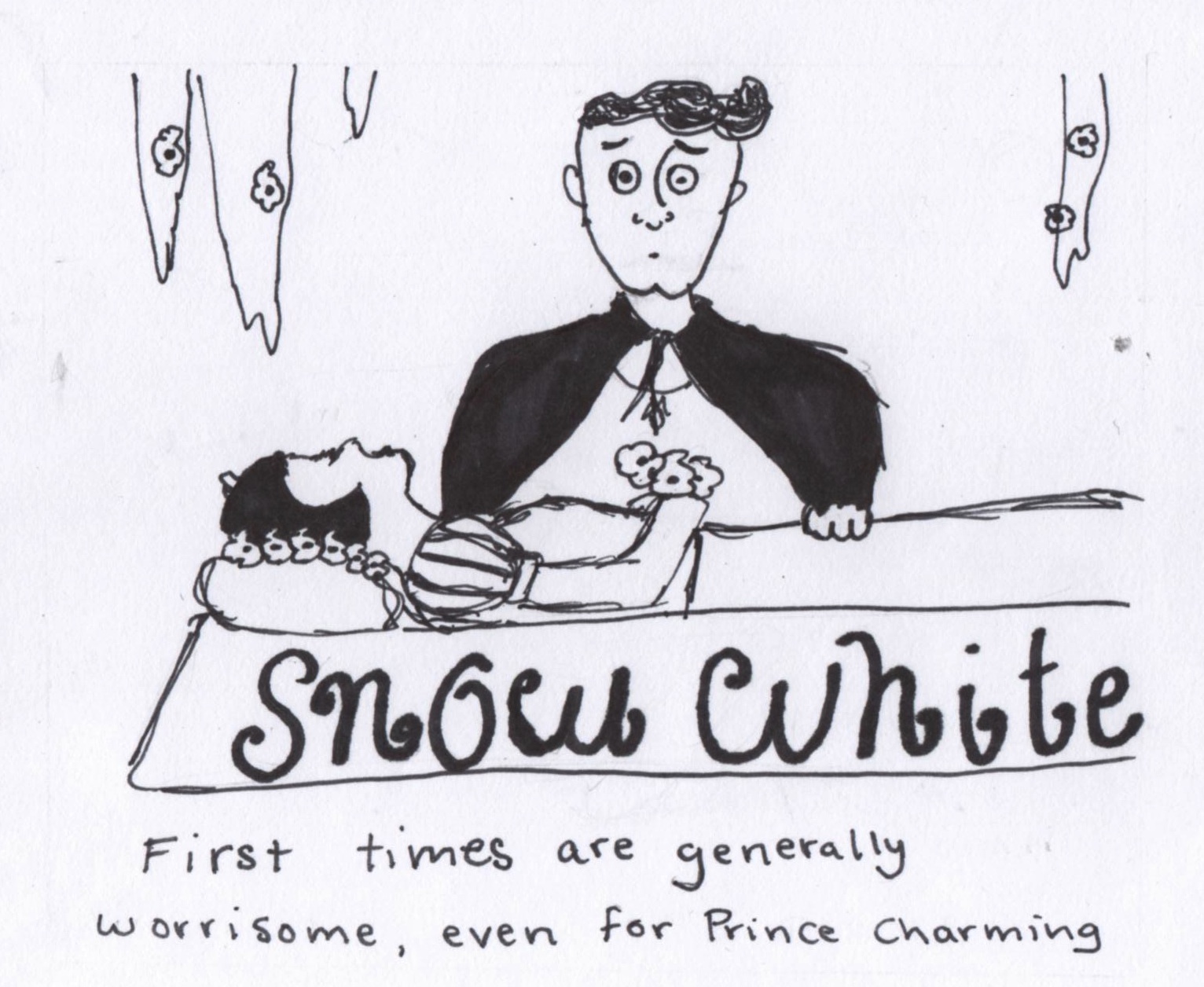 Mine was actually quite romantic. Both my first kiss and my first time having sex were sweet, touching moments with people I still care about, even though I haven’t seen or talked to either of the gentlemen in a very long time.

I think I am lucky in this regard, however. It seems the “first time” stories I hear are more often about sexual misadventures. A lot of my friends’ first times involved alcohol, random partners, older guys, a lot of awkwardness or a mixture of these — and more. They vary in awfulness from just “uncomfortable and fumbling” to “painful and/or vaguely traumatizing.” The kinds of stories that make 21-year-old women and men sigh over a glass — or three — of pinot noir and reminisce about how young and stupid they once were.

Note I said “vaguely” traumatizing. Most of the time, these are simply experiences one wouldn’t want to repeat again — experiences that took years of better sex and the gift of perspective time brings to comprehend or come to terms with. But only a few years; these are not stories about trauma that has drastically impaired.

For example, one of my friends in high school decided in our senior year that since she was still a virgin, she wanted to remain one until graduation, but after that it was game on. It was a weirdly arbitrary rule, but it got even weirder when we graduated and she became dead set on having sex right then because the limit she set expired. She then started fooling around with a guy she hated just to get it over with.  I didn’t understand her motivation then and I don’t now, but to each his own, I guess. It’s just not the kind of first-time story that makes you say “awwww.”

And that’s OK, I think. For all that my first kiss and my first experience with penetrative sex were romantic, “young love”-esque scenes from a teen movie, everything in between was anything but. I got fingered for the first time when I was 15 in a tent at Relay for Life. The guy was far more experienced and I was confused about what to do the whole time. When we left the tent, we realized our friends had been sitting 20 yards away watching the tent shake the whole time and laughing. I gave my first blowjob when I was 16. It was also the first time I got drunk. I had never met the guy before, nor have I seen him since. We were in the garage of the house where my friend was throwing a crazy parents-are-away-let’s-party party. I remember being freezing cold with my top off and the next morning I had the horribly trashy cliche of bruises on my knees. I could go on, but you get the idea.

The thing is, at the time those experiences weren’t really what one would call positive — I don’t think I felt happy or fulfilled in the way I did when I had sex with my boyfriend for the first time, but since that relationship is long gone, I look back on my sexual experiences with him in the same way that I do those drunken, random hookups. That is to say I don’t regret a single one of them, but I do have to laugh at how young and foolish I was during all of them.

When my boyfriend and I had sex the first time I thought it was more special because I had waited, because my first time was with someone I loved. It was great and beautiful, but when we broke up it just made it harder to get over him. He was marked as extra-special because I had made him my “first.” And now, after plenty of post-breakup sex with other people, I’ve finally been able to let go of that specialness — and so when I look back, I think about how naive I was to make that sex extra-important because it was “first.”

It was extra-important, not because he was “first,” but because I loved him. If he had been my second or third partner, it would have been the same. It was fulfilling and meaningful, but only in the moment, because we loved each other when we were doing it. Had I known then the importance of that sex was so transitory, so rooted in my feelings at the time, it would have been easier to let go when we broke up. I made my first time a big deal by waiting for someone “special,” and it’s only in hindsight that I realized how foolish that was.

I guess I do understand the sentiment of just wanting to “get it over with” now. I think this is especially important to consider in a school where about half the students are virgins, whose first times are still to come. I don’t want to say I recommend just getting it over with, but I do think it’s equally problematic to imbue the “first time” with so much importance just by virtue of being first. If your first time is special, great, but remember the second, third, 10th and 50th times can be just as special if you choose to make them so.

Elaine B. is a Behind Closed Doors columnist and she has not attended Relay for Life since she was 15.