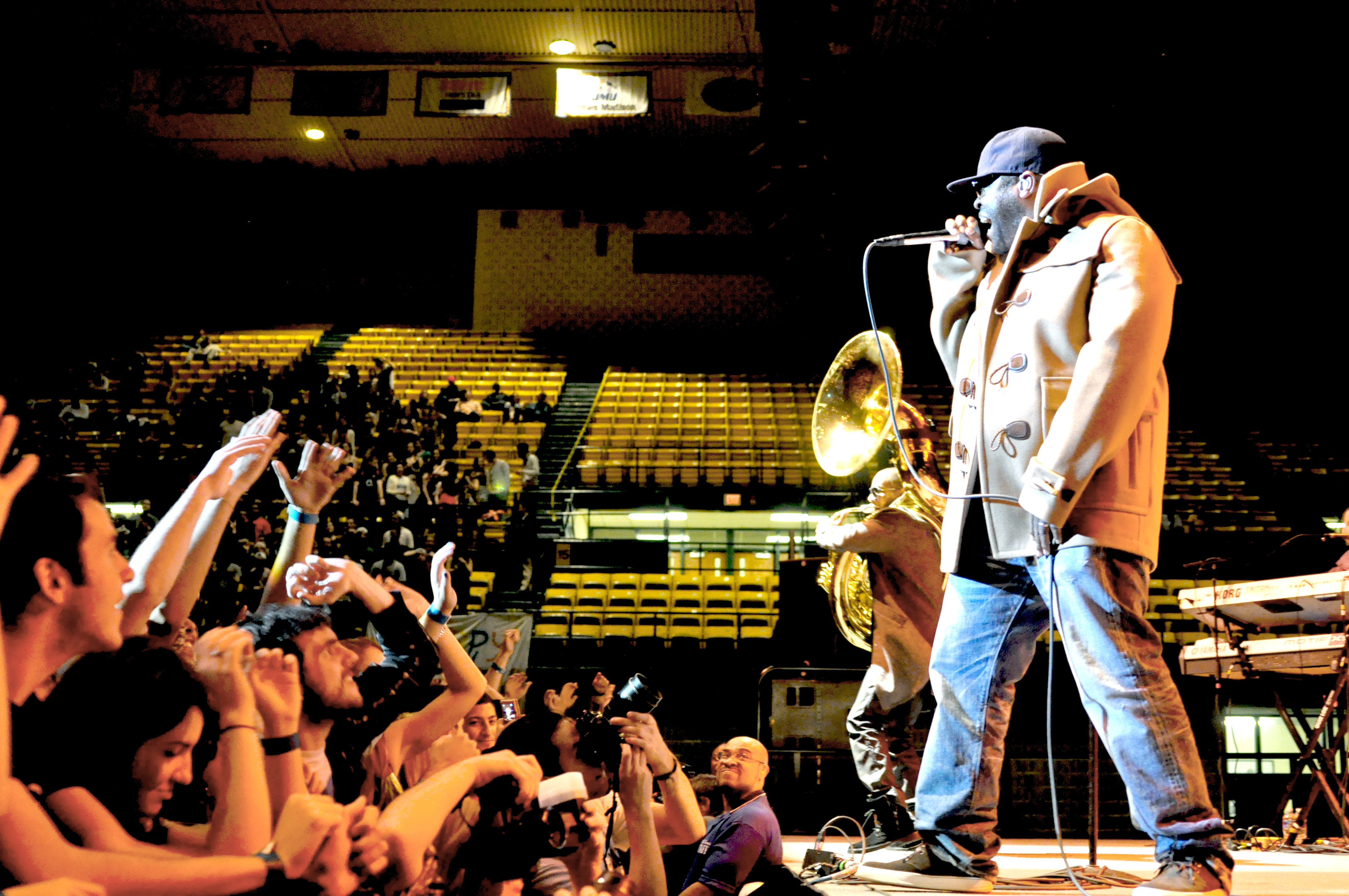 Three years ago, the College of William and Mary welcomed The Roots to campus through the combined efforts of AMP and the Student Assembly. Currently, approximately 2,300 students and members of the community plan to attend the latest in the continuation of these co-sponsored events with the I AM W&M Week closing concert, featuring Kendrick Lamar and Big Boi.

These and other larger events this year, including the visit from His Holiness the Dalai Lama, are partly made possible through the effective cooperation between multiple student groups and organizations on campus, most notably the SA and AMP.

Events such as The Roots, Kendrick Lamar and the visit from His Holiness the Dalai Lama are the direct result of individual student groups coming together to create larger events for the student body.

“Without everybody’s support things like the Dalai Lama could have never happened,” AMP Executive Director John Lovette ’13 said. “The I AM W&M Week concert would have never happened. I think it’s a good thing, but it’s more because we’ve recognized where the students’ wants are more than a decision that we made in the first place.”

Collaborating to host larger concerts and speakers allows student organizations to pool funds and resources, specifically funding, advertising and student interest from the SA as well as logistical knowledge from AMP.

“The best example that I’ve seen of that partnership is the Kendrick Lamar concert with working with Student Assembly and I AM W&M Week with Neal Chhabra [’14] and also WCWM has been involved in the process with Todd Van Luling [’13],” Assistant Director of Student Leadership Development for Programming Trici Fredrick M.Ed. ’05 said.

The 2011 Charter Day concert marked the beginning of these events, primarily through the effort of AMP member and SA member Brian Focarino ’11. In 2012, the SA and AMP continued this collaborative effort with the Third Eye Blind concert during Charter Day weekend. Following this event, SA President emeritus Curt Mills ’13 entered his term planning to continue and to institutionalize these events, citing their high attendance and sustainability.

“While it’s obvious that we have transitioned into more larger events, I think it’s more because the student body really comes out for those events more, and there’s more excitement for those events,” Lovette said.

Mills said next year’s SA budget caters to continue hosting larger events. While AMP’s SA approved budget allocation decreased by about $10,000 ($5,000 from the comedian and speaker funds, respectively), Fredrick said the organization did not receive directive in terms of how this money will be spent. Ludette said the budget was structured to allow more flexibility. For example, instead of having a line-item outlining the price for the Homecoming concert, the usual funds allocated to this were moved to the larger concert fund.

“We went to AMP and we were like, ‘all right, instead of having five comedians, have two with one big one in the fall and one in the spring,’” Mills said. “It really honestly wasn’t that hostile between our two parties. … They volunteered to make their spring show Kendrick Lamar this year. They volunteered to help with the Dalai Lama.”

SA President Chase Koontz ’14 said while he does not have specific events planned, he hopes to continue working to put on these larger events on campus while also expanding collaborative efforts.

“I think one of the things we are really focused on and do have the mentality going in and a presence in mind that we want to bring is expanding the large events on campus — not just Student Assembly and AMP,” Koontz said, highlighting cultural groups as a possible area of growth.

Fredrick also emphasized this aspect of larger events, citing the distinctive qualities student-run events have at the College.

“I mean, the Dalai Lama was pretty much solely a student initiative and so I think that creates a better partnership, a better opportunity for collaboration but also making sure that we’re doing what the students like to see on campus and fostering that environment for creativity and making sure that everything comes together in a fun and unique way,” Frederick said.

One positive attraction Mills and Lovette cited about larger events on campus is their sustainability. Fredrick said last year’s Third Eye Blind concert used about $54,000 from the SA and AMP and that $5,000 remained after factoring in ticket sales. These funds rolled over to aid in this year’s Charter Day concert. Due to the donation, the College gave the $20,000 made through ticket sales at this year’s Gavin DeGraw concert to Global Flight Relief to thank the anonymous donor.

So far, the College has sold about 2,300 Kendrick Lamar tickets for next week’s concert. For comparison, Third Eye Blind and The Roots both sold about 3,700 seats while about 2,000 students attended Gavin DeGraw. The concerts have a maximum capacity of about 4,500. The Dalai Lama visit, a sold-out event, seated about 8,000 students, faculty and members of the public, but used all the space in Kaplan Arena rather than the half-venue style used for concerts.

“There’s certain advantage to have some more money to put towards concerts because if you look at somebody like the Homecoming concert, Ra Ra Riot, some people know that name, but if you’re looking at a more mainstream artist you’re looking at $100,000 for an artist versus Ra Ra Riot, which I think was $15,000,” Fredrick said. ”There’s definitely a huge difference.”