Home Sports Commentary: Despite recent sweep, College primed for a successful May 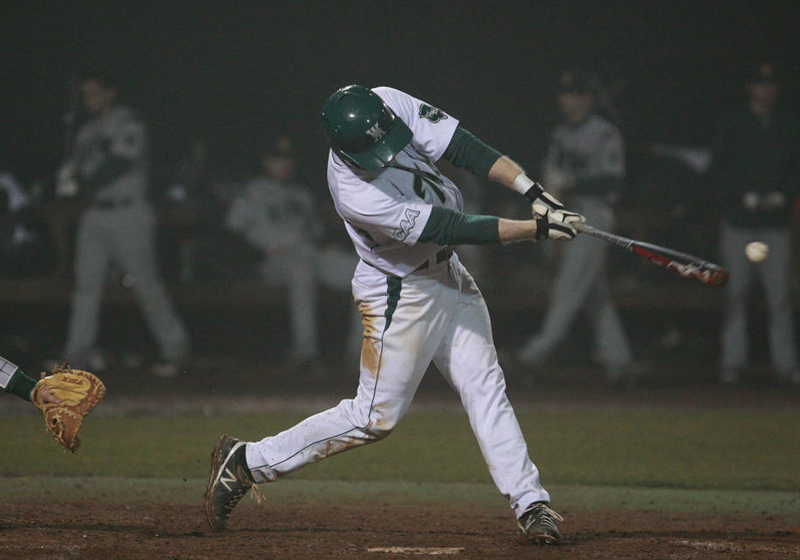 Because the baseball team has more games than any other William and Mary athletic team, fans need to tolerate slumps amid long seasons of ups and downs — but only as long as the general trend is toward winning.

Old Dominion’s most recent sweep of the College should not overwhelm the excellent season the Tribe has had so far. The Tribe came into the ODU series with a five-game winning streak and a 26-13 overall record.  One ugly series doesn’t ruin a season, especially when many games are left.

The College’s top two performers, senior pitcher John Farrell and sophomore first baseman Michael Katz, had their worst outings of the season against ODU. Katz, who has a .391 batting average, only had one hit during the three-game series. Farrell, the Tribe’s undisputed ace, lost his first game of the season Saturday, getting pummeled with six runs over five innings. His poor showing on the night raised his ERA over 2 for the first time this season.

That isn’t what we have come to expect from these two, and it certainly should not be what we expect from the team at large. The Tribe had a full week of rest to prepare to welcome George Mason to Plumeri Park today — plenty of time to refocus itself for the final stretch of the season.

Sitting in third place in the Colonial Athletic Association with 13 games left to play, the College should set its sights on earning one of the top two spots in the conference tournament, giving them a first-round bye. While catching red-hot UNCW (31-11 overall, 12-2 CAA), a team that just beat No. 1 North Carolina, is out of the question, the Tribe is only a game and a half behind Delaware (26-14 overall, 11-7 CAA), which sits in second place.

The Tribe doesn’t lack for talent in either hitting or pitching. The core starting pitchers Farrell, sophomore Jason Inghram, senior Brett Koehler and sophomore J.T. Castner have an aggregate ERA of 3.24. Also, besides Friday’s implosion against ODU, senior Matt Wainman has been a rock-solid closer for the College. On the hitting side, you can’t ask for much more pop than the top of the order have provided for the Tribe this season. Katz, junior second baseman Ryan Lindemuth and senior center fielder Ryan Brown have all slugged their way to a combined 63 RBIs.

Anyone who saw the Tribe’s last two games at ODU, during which it scored just one run over both games, understands just how much this team relies on its top hitters. The trio combined for just four hits in those games as run-production grinded to a halt — not the mark of a CAA championship-caliber team.

Still, this is a team with enough pieces to make a run in the conference and maybe even steal a slot in the National Collegiate Athletic Association tournament. The deciding question, however, is Katz. It’s unfair to blame him for dropping his batting average from a celestial .450 to a merely incredible .391 in two weeks, but the Tribe has become accustomed to having a world-beating slugger at the center of its lineup. Without Katz playing to his potential, the College’s small-ball machine breaks down. Slumps are part and parcel to baseball and no one player is above them. Let’s just hope it’s in the past now.

Overall, head coach Jamie Pinzino’s players have given us little reason to doubt their ability so far this season. They have repeatedly demonstrated the batting strength and pitching depth to compete against almost anyone so get ready for a raucous May for Tribe baseball. The Tribe should make the CAA tournament fairly easily. And once it’s in, regardless of its seed, the rest of the conference should beware of this team

Don’t be fooled by the ODU series — a team equipped with such stars as Katz and Farrell can’t be held back for long.