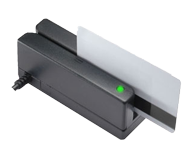 Upon entering  dorms this fall, students may no longer need to deal with old ID card readers that refuse to unlock. But now, if you lose your card, you’ll have to pay.

Over the summer, the College of William and Mary overhauled its ID card and W&M Express program, replacing card readers across campus and consolidating Express programs into two all-inclusive websites. The updated system is called the Identification System Project.

This $1.2 million change affects door access, vending and laundry machines and copy center and dining transactions, as well as the temporary ID system. ID cards and associated programs are now on a system called CSGold.

“The College was notified that the dated Blackboard system, which was 17 years old, would no longer be supported and a replacement was required,” Auxiliary Services Assistant Director of Marketing Eden Harris said. “The timing worked well because the College wanted to implement a new system that was scalable to meet William and Mary’s needs for the future.”

Current ID cards have been automatically updated for IDSP, so the differences may not be obvious to students.

“While much of the work has occurred behind the scenes, students will notice a few changes as they move throughout campus,” Associate Director of Auxiliary Services John Byxbe said in an ID Office release.

“W&M Express has seen the installation of new equipment that will allow for quicker transaction times and easier depositing of funds,” the ID Office stated in the release.

The vendor working with the College to launch IDSP has brought many new merchants online for Express, including Pita Pit, Brickhouse and CVS.

Campus buildings also have new card readers. Auxiliary Services has been switching buildings’ card readers throughout the summer and plans to complete the project by the end of September.

Another significant change regards the temporary ID policy. Until this semester, a student with a lost or stolen card could obtain a temporary ID. Now, those without cards must immediately pay $23 to get a replacement from the ID Office or College police.

Melissa Palacios, IT Department web content and communications specialist, said this is a measure of security. She explained that people could  pass around temporary IDs because the cards were not connected to a specific identity.

“A benefit of the new ID system is enhanced campus security. However, this doesn’t work if there are ID cards that are not tied to individual people,” Palacios said. “That is why all types of ID cards not connected to an individual’s Banner number have been discontinued.”

Palacios also pointed out that a benefit of the new system is that students can obtain replacement cards immediately instead of having to wait for a new card to be processed.

However, Danett Song ’14, Head Resident of Jefferson and Barrett, expressed concerns that the fee is unfair to students and may even pose a security risk itself.

“I think that despite the $23 fee for a replacement card, people are still going to lose their IDs,” Song said. “I would worry that upon losing an ID, since there are no temporary IDs, a student would just try to tough it out as long as possible, which leads to security issues.”

Harris maintained that the fee for new ID cards is not a reprimand for students. She also stated this fee is not intended to drive revenue for the ID Office. Rather, Harris said the $23 fee is an inherent cost associated with operating the system.