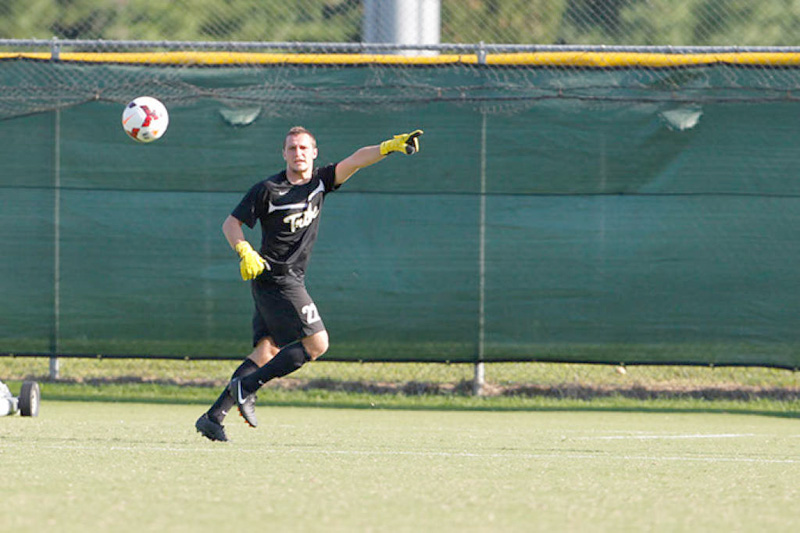 Few could have predicted William and Mary’s offensive explosion against Old Dominion, especially considering High Point held the Tribe scoreless in its season opener last week. The Tribe (1-1-0) found its stride and responded to a tough 1-0 decision in its home opener by crushing rival Old Dominion (1-1-0, CAA) 4-0 Saturday evening.

The College rode its balanced offensive attack to victory, striking goals early and often despite the Monarchs boasting a 20-12 shot advantage.  Saturday’s output might have foreshadowed a much-improved offense over last season, when the Tribe scored just 16 goals in 18 games. The College’s ability to convert goals from inside the opposing team’s 18-yard box was pivotal toward the outcome Saturday.

In the fifth minute, junior forward Josh West crossed a ball into the box that was eventually located by sophomore forward Jackson Eskay on the far post. Eskay gained control of the ball and struck it past Monarch goalkeeper Matthew Sanchez, setting the tone for the rest of the game.

Not finished yet in the first half, the Tribe continued to apply pressure against the Monarchs. From a set piece in the 31st minute, courtesy of junior midfielder Chris Albiston, senior midfielder Chris Perez hit a pretty volley that careened into the back of the net to make the score 2-0. The goal was Perez’s first of the season.

By half-time, each team registered seven shots, with the Monarchs even having a 3-2 advantage with shots on goals. However, redshirt freshman goalkeeper David Phillips protected his net with aplomb and veracity, plucking out Monarch threats time and again. The College’s last line of defense provided a spectacular effort, stopping all three shots on goal by the Monarchs in the first half and totaling seven blocks over the course of the game.

In the second half, the Tribe continued to play aggressively. It scored its third goal of the night in the 66th minute. Countering a Monarch set piece, Eskay found Albiston behind the Monarch defense, flashing down the field. One-on-one with the goalie, Albiston converted an impressive finish to notch the College’s third goal of the game, but the show was still not over.

The Tribe topped off its shutout victory in the 74th minute. Sophomore midfielder Ryan Flesch found West inside the box, who barreled the ball past Sanchez and into the back of the net, thus putting the finishing touches on an impressive victory for the Tribe. With its four goals, the College scored its most goals in a game since the Sept. 26, 2009 victory against Towson.

While the College still has yet to prove whether the four goals Saturday were a misnomer, Tribe fans can’t be blamed for being extra hopeful for the season after this smashing result. The Tribe has five more non-conference games before Colonial Athletic Association play starts.

The Tribe returns to Martin Family Stadium at Albert-Daly Field Tuesday, Sept. 10 against N.C. State in search of its first home win of the season. Kick-off is set for 7 p.m.