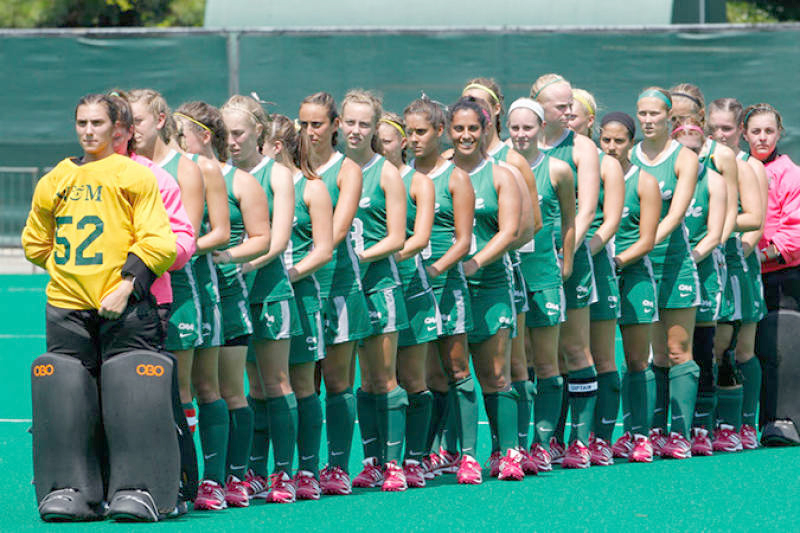 After starting the year with comfortable wins over Radford and Virginia Commonwealth in Williamsburg and then sputtering against Louisville and Ohio in a tournament in Kentucky, William and Mary traveled to North Carolina this weekend to complete the second half of its four-game stretch of road games against juggernauts Duke and Wake Forest.

The College began the weekend against No. 9 Duke (4-1) in Durham, N.C. Friday. The Tribe’s offense struggled, recording only a single shot in the first half. On the other end, redshirt sophomore keeper Cate Johnson kept the College in the game early, saving four shots before allowing a goal.

Duke forward Heather Morris drove a shot past Johnson from 10 yards out in the 25th minute to give the Blue Devils a 1-0 lead. The Tribe withstood two more shots before retreating to the locker room.

Coming out after halftime, a rejuvenated College offense scored its first goal just five minutes into the second period. Junior midfielder Brittany Hopkins threaded a pass to senior forward Taylor Hodge, who beat a defender to clear space for the game-tying goal.

Duke yielded few other chances the remainder of the game. Offensively, the Blue Devils continued to connect and to create scoring opportunities. The Tribe defense finally yielded in the 61st minute. Within five seconds of each other, Duke forward Jessica Buttinger and defender Paula Heimbach rocked shots off the Tribe’s goalpost before Johnson made a save.

The Tribe faced No. 18 Wake Forest in Winston-Salem to cap the road trip. The offense struggled again, recording just three shots throughout the entire match. Wake Forest (5-1) turned in an even performance, showcasing two goals in each half to pace the Demon Deacons to the 4-0 win.

Demon Deacons midfielder Jess Newark started the scoring in the 15th minute, putting a shot past Johnson for the 1-0 lead. Five minutes later, Wake Forest midfielder Holly Brown scored to up the advantage to 2-0. For the second time in three days, the College sought the refuge of halftime after an anemic start.

With the Tribe producing virtually nothing offensively, the majority of the game played itself out in the defensive third. Wake Forest’s Newark and Brown teamed up again in the second half, as Newark’s pass found Brown for the third goal of the match.

Newark scored her second goal of the game  on a rapid strike, putting Wake Forest up by four in the 54th minute. The goal would be the last action Johnson saw, as head coach Tess Ellis replaced Johnson with sophomore goalkeeper Meredith Savage.

Savage didn’t allow a goal in the final 15 minutes of action. With the Tribe offense at a standstill, Wake Forest walked off with the 4-0 win.

Ellis and her squad return to Williamsburg winless in the last four outings. The College opens a three-game home stand Friday, hosting Michigan at 7 p.m. on Busch Field before facing Davidson Sunday.