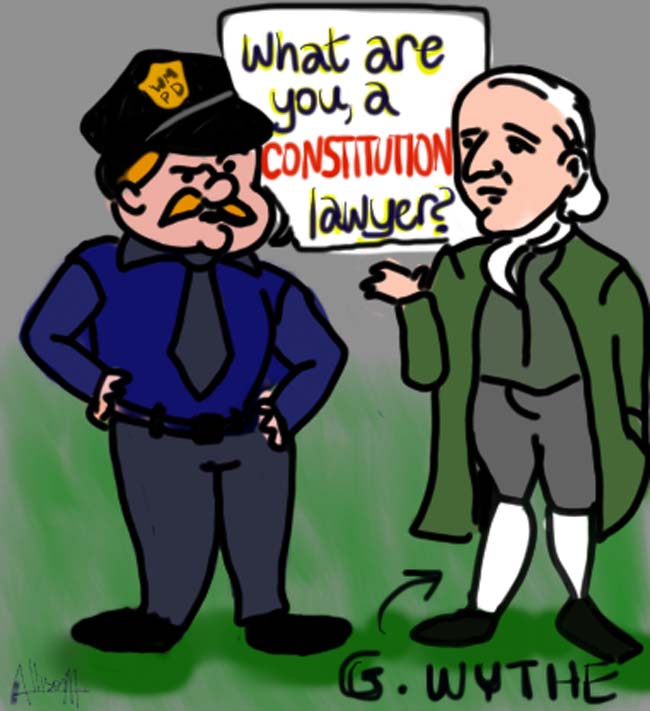 On the evening of Friday, Sept. 6, my housemates and I threw a party at our house near Griffin Avenue. We actively managed the noise, and at no point did we judge the volume to be burdensome to the neighbors (who, I should say, are all students). In fact, we asked one neighbor the next day, and she had not heard a single thing all night. Despite these precautions, we witnessed a display of unprofessional, insulting and illegal behavior from three Williamsburg police officers.

At around 12:10 a.m., three officers of the Williamsburg Police Department arrived at our home. After briefly talking in the front yard, two officers began to walk into the side yard when my housemate and I both indicated that we did not grant them permission to enter the property. The officers immediately adopted an aggressive, threatening and mocking attitude.

One officer threateningly pointed his finger at me and said, “What are you, a constitutional lawyer? Don’t tell us how to do our jobs, and shut your mouth.” We continued to cooperatively inform the officers that we did not consent to a search of our property, and were again told, “Shut your mouth.” The officers made many other statements that evening that were unnecessarily aggressive, unprofessional and flat-out disrespectful.

My housemates and I watched as one officer walked through the entirety of our side yard, some 50 feet back from the street, shining his flashlight in our windows and on our porch. He then exited the back of the property and entered the side yard of the house behind our own. At no point were the officers granted permission to enter the properties, nor did they provide probable cause, clearly violating our fourth amendment protections from unreasonable search.

This is not an isolated incident; it exemplifies an increasingly visible bias and unprofessional attitude that the Williamsburg Police employ against student residents of Williamsburg. I know from speaking with other students that similar experiences are common. Those who exist to protect and serve are knowingly stepping on students’ basic rights and treating us with aggression and disrespect. Students need to stand up, assert their rights as full and equal citizens of this city, and demand the same treatment and basic courtesy that older residents receive.

I am writing to tell every College of William and Mary student that they do not have to put up with being treated this unfairly. If something like this happens to you, file a complaint against the officers to the chief of police, contact your Student Assembly representative, email studentassembly@email.wm.edu, or call Scott Foster on City Council — do not just sit back and take it.