Home Opinions No to privatization 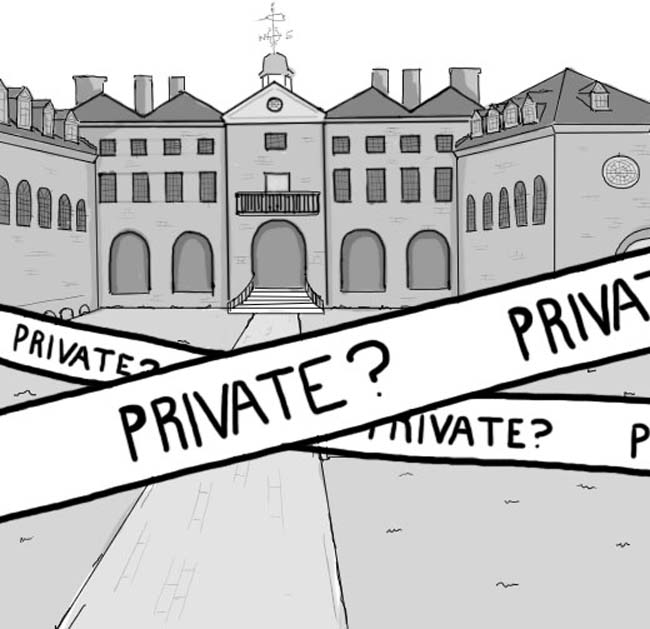 In the midst of dwindling state funding for Virginia’s public universities, a University of Virginia panel proposed that the school transition from public to private. While the change is unlikely to happen, that U.Va. is even considering the transition reflects a dramatic shift away from state investment in public higher education, one that the College of William and Mary has felt to its core.

Currently, the commonwealth of Virginia contributes about 12 percent of the College’s operating budget, leading some to consider the possibility of privatization. That mindset is understandable; we have deep fears about the College’s future, especially about our ability to attract quality long-term faculty. However, privatization is infeasible.

If the College were to decide to privatize, it would need to come up with an additional $905 million in endowment, on top of the $700 million we currently have in our endowment, to replace state funding. Next, the commonwealth would have to agree to sell the College to itself, which it would not. Additionally, the College would have to close the 11 percent funding gap on its own. Granted, fundraising efforts at the College have been outstanding this past year, but even they could not realistically cover this gap.

That being said, the commonwealth’s rapidly decreasing funding puts the College’s quality at risk. Right now, our faculty pay is at the 17th percentile. If we cannot provide incentives for quality professors to teach here, we will lose them to colleges that do. We will lose valuable research opportunities along with the money and prestige that come with them. We will also become a school of adjuncts and visiting professors, instead of one that can offer long-term job security and long-term student-professor relationships. We should not be a stepping stone for professors and administrators on the path to better jobs. We need to offer those better jobs.

As a state school, we are a viable, affordable education option to Virginia residents. If we cannot offer better salaries and retain higher-quality teachers, we will lose an essential part of what attracts Virginians to the College. We may even lose them to out-of-state schools.

There was a time when Virginia funded 43 percent of the College’s operating budget. That time has long passed. And it’s easy to understand why: There is a broad national trend of decreasing state investment in public universities, and a weak economy means less tax revenue for states. However, we as a nation still believe that education is important, so much so that the number of college applications is skyrocketing. If we are serious about education, public funding for higher education ought to be a priority. The slow death of the “public” aspect of public universities does not bode well for the education of our populace.

Privatization may look like an attractive option now, in lieu of more public funding, and that mindset comes from reasonable fear for the College’s long-term future; but it could ultimately exacerbate our lack of funding and drive up costs for Virginians. Nor do we have the funding or power we would need to make this drastic switch. A lack of practical alternatives places the College in a pernicious situation, one with which we are all too familiar and unlikely to escape any time soon.