Home Variety Behind Closed Doors The myth of friends 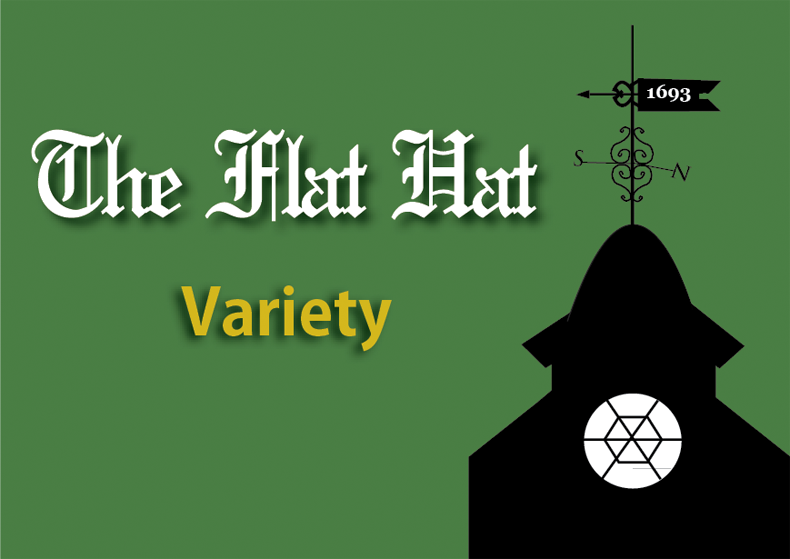 Anyone who knows me knows that I’ve been in a relationship for nearly the entirety of my college career. I was fortunate enough to meet someone very special during my first month of college, someone who just so happened to live on my freshman hall — yes, we committed the infamous “hall-cest.” Needless to say, throughout the past two years I’ve spent at the College of William and Mary, I haven’t taken part in the typical college hook up.

However, for the sake of this column, let’s travel back to a far away time.

It was the first week of college. I was a young, naive freshman living in Jefferson Hall. Guys and girls conveniently roomed on the same hall, separated only by a common kitchen space. Within the first couple of days, the girls and guys had gotten to know each other. Soon enough, friend groups began to solidify across the divide. Our Orientation Aides had warned us not to commit the dreaded “hall-cest,” but, of course, I brushed it off as meaningless advice that could never apply to me — ha, little did I know.

Growing up, I’d always had a lot of guy friends. My closest best friends were three lovely ladies I’ve known since 6th grade, but the rest of my friends were guys. They were the ones I had classes with every day, the ones I sat next to at award ceremonies, the ones who drew penises on my notebooks, and the ones who fueled my competitiveness in everything we did. There was never any confusion as to the boundaries of those friendships, so for the most part, the interactions I had with persons of the male sex were all smooth sailing.

College guys? A whole different story. What I thought was a hall filled with guys to replace my friends from back home turned out to be a boiling pot of sexual tension, confusing love triangles, and a whole lot of awkward encounters. Before you get your hopes up, I will not be delving into the intricate details of what happened with whom, how many times, whether there were multiple hookups in one night, or the length of these “flings.” Instead, I will simply tell you this: The “hook-up culture” of college is real.

Most life lessons are most obvious when viewed in hindsight. It’s not until long after the event occurs that you wish you could go back in time and tell yourself the one word that would have saved you from humiliation and discomfort: “No.” So here’s the realization I came across quite early in my freshman year, although not quite early enough: In college, the “hook-up culture” creates an environment in which hookups are expected to happen.

The friends I made on the guys’ side of my freshman hall would never be the same as my high school friends. College is a completely different playing field. I wasn’t just going to school with these guys; I was living with them. They weren’t just people I would see in passing in the hallways and sit next to in class. Never before had my interactions with guys been in such close proximity, sustained for as long, or occured so frequently. It was all so different, yet I kept telling myself the opposite: that I’d always had guy friends, and these weren’t any different. That’s where I went wrong. I hadn’t changed, but the atmosphere in which my friendships existed was vastly different.

Remember when you were in middle school, and the second you were friendly with a person of the opposite sex, it meant you were a couple? And whether there were romantic feelings or not, those under question would always yell out in frustration: “Can’t we just be friends without everyone thinking we’re together?” Well, it turns out that not much has changed since those days. There were certain guys on my hall that I connected with, so I spent most of my time hanging out with them. I didn’t think much of it. Unfortunately, the same couldn’t be said for the guys in question. It was almost as if every guy I tried to befriend had different expectations. It’s one thing for two people to start as friends and to eventually fall in love, but it’s another to assume that just because a girl talks to you during the day and gets lunch with you, she wants to be in your bed later that night. If I saw a friend from my hall at a party, it was as if the familiarity instantly meant, “Let’s hook up.”

Now, to be clear, I’m not saying this only applies to guys. Women can be just as sex-crazed as men. And it doesn’t even need to be sex. It could be the desperate desire to label whatever it is that’s going on between two people.

The college “hook-up culture” can be a driving force behind decisions that ultimately end in regret and a handful of awkward silences, but if you can understand it and decide what you want out of it, take these years to embrace it. College only happens once.

Mariana D is a Behind Closed Doors columnist and recommends that boys and girls try and not mistake platonic friendship for romantic gestures.