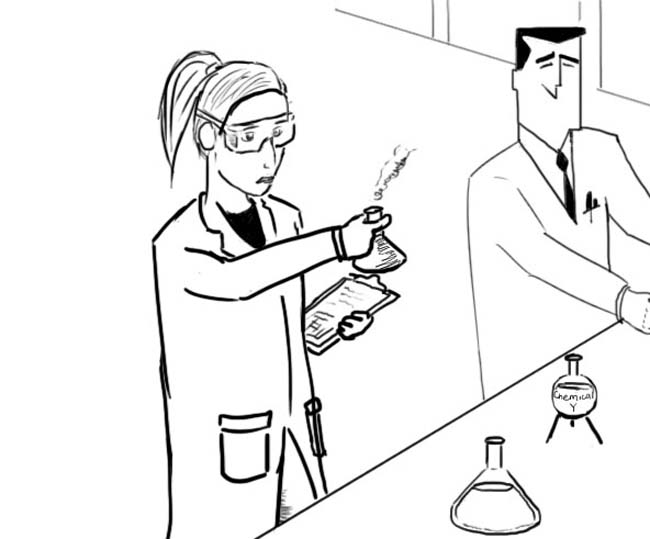 Gender equality has come a long way since Marie Curie won the Nobel Prize in 1911, when the thought of female scientists would have elicited hearty laughter from most of the scientific community. Before we start patting ourselves on the back in a fit of self-congratulation, we should realize that discrimination against women in science, technology, engineering and mathematics fields is still very real, only more subtle — which is why it persists.

Last year, a Yale University study found that chemists, biologists and physicists of both genders were significantly more likely to hire a male when faced with a choice between job applicants of both genders and the exact same credentials. It also found that when professors were presented with imaginary applicants with identical accomplishments, they would set women applicants’ salaries about $4,000 lower than men’s. On a scale of one to seven, employers rated identical male applicants a half a point higher than females on competence and employability.

It seems unlikely that the gender discrimination that exists in the professional scientific community is indigenous to that community. Given that academic life often immediately precedes professional life, it is worth considering the possibility that this discrimination has its roots in prior educational experiences. The act of encouraging (or not encouraging) children has an incalculable effect not only on their achievement but what they study later in life; it needs to be made explicit to children of both genders that they can pursue careers in science if they so choose. In high school, females take fewer higher-level math and science courses and score lower on standardized tests than males. Granted, this gap has narrowed considerably over time, but it is still wide enough to be concerning.

If it is the case that this gender discrimination begins in college, then college is where it has to be stopped. The College of William and Mary should survey its male and female students majoring in STEM subjects to gauge sentiment. The women could be asked if they have ever felt that the College or academic life has discouraged their STEM pursuits, and the men could be asked how they treat their female counterparts. If the results are concerning, the College could, and should, take action to address the issue. The College should organize science programs that appeal to women. Additionally, professors, advisors and parents must not discourage their female students if they want to study STEM subjects.

In order to combat gender inequality in STEM fields, we must first recognize that it exists. Once we do that, we need to start building a community that neither implicitly nor explicitly endorses the notion that only males can succeed in STEM. As Eileen Pollack aptly alludes to in her recent article in the New York Times Magazine, this means dumping the “Big Bang Theory” Sheldon-Penny dynamic in favor of a more complex, truthful one. The STEM gender gap is not a deficiency of female talent and ability, but unexploited potential.