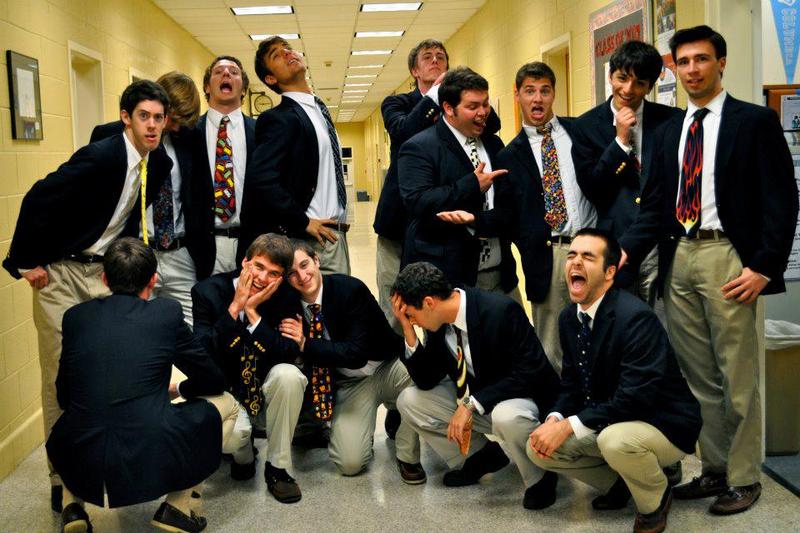 The Gentlemen of the College: With a name like that, this group had better be able to entertain a crowd with nothing short of regal talent.

These guys never fail to deliver. Wednesday’s Wren Ten was especially delightful as the Gentlemen treated the crowd to a Halloween-themed rendition of their performances.

While the various costumes were wonderful — two Gentlemen dressed as each other while other costumes included the blue sky, a cowboy and an Indian — the singing was even better. A prestigious and difficult group to break into, the Gentlemen never fail to please. In addition to raw singing talent, they inject their performances with elements of carefree fun and humor.

Wednesday’s set list featured several Gentlemen classics, including Imagine Dragon’s “Radioactive.” The second encore of the night was a new and entertaining rendition of Ylvis’ “The Fox.” The song, despite its silly lyrics, really worked to showcase the variety of talents within the group.

The best parts of any Gentlemen performance are the extra things that entertain the audience without detracting from the anticipated a capella.

Wednesday’s skit — performed by the newest members of the group — was particularly amusing. Two of the three new members played pumpkins in a patch while the third played someone coming to pick them. Without giving too much away, the saga ended tragically, with several freshly baked pies.

Small tidbits like these skits are an undeniable part of what makes the Gentlemen’s performances so enjoyable. They don’t take themselves too seriously, but their musical skills are certainly no joke.