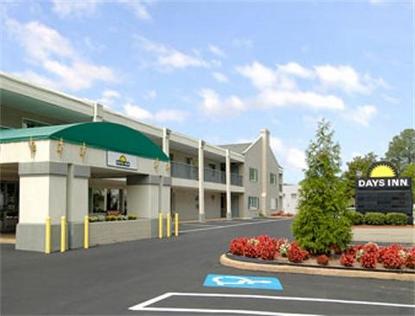 Local hotels and inns are benefitting from the Hospitality House’s closure, especially during this past Homecoming.

The College of William and Mary purchased the Hospitality House, the previous 295-bedroom hotel located across the street from the Walter J. Zable Stadium, in March 2013. In June, it was converted into the dorm One Tribe Place. It was a popular hotel for tourists and alumni because of its moderate prices and proximity to campus.

Each year, when the College announces the date of Homecoming, local hotels and inns immediately start booking reservations  for returning alumni. After the Hospitality House was purchased, many had to find alternate arrangements.

George Hollingsworth operates the Colonial Capital Bed and Breakfast directly next door to One Tribe Place. He says that guests could look out of their windows and see his business. The bed and breakfast has four rooms. During Homecoming, he says College alumni rented at least three rooms.

“I do know I have gotten guests who have normally stayed at the Hospitality House,” Hollingsworth said.

Another Richmond Road hotel, the Days Inn, has benefited from the closing of the Hospitality House because it offers similar room rates. In the fall, the hotel generally is at 20 percent capacity. During Homecoming, the Days Inn sells out with an 80 percent increase.

“This year we were full much earlier because the Hospitality House closed,” Shannon Atwood, front desk manager at the Days Inn, said.

Besides Homecoming traffic,  she has noticed a slight increase in booking activity since the larger hotel’s closure. Additionally, the Days Inn receives more business from the Hotel to host guests.

Billy Scruggs, owner of the Fife and Drum Inn on Prince George Street, said he had noticed the Days Inn parking lot is much fuller than it has been in prior years. His inn is more upscale than the Hospitality House, and priced accordingly, therefore he thinks hotels like the Days Inn have seen a sharp increase, although his business has seen little change.

“Interestingly enough, I’m seeing a little bit more traffic because the Ho House has closed down, but they had slipped so far,” Scruggs said.

Due to the recession, room occupancy rates slipped in the Historic Triangle and still have not fully recovered. In 2011, the room occupancy rate in Williamsburg was 41 percent. Scruggs said the Hospitality House was getting “slammed” on TripAdvisor its last few years and had decreased its rates to $89 or $99 a night.

For the past eight or nine years, the classes of 1972 and 1974 have reserved spaces in the Fife and Drum for Homecoming. Because of this arrangement, Scruggs didn’t notice a change this year.

However, Scruggs has seen an increase in guests who are touring the College, which he attributes to the prime location. Additionally, he has worked with the College, especially the Mason School of Business, to host more visiting guests.

“I have seen an uptick there. I’m enjoying it. I love hosting those people,” Scruggs said.