Home Variety Confusion Corner No, we don’t know how to use a phonebook 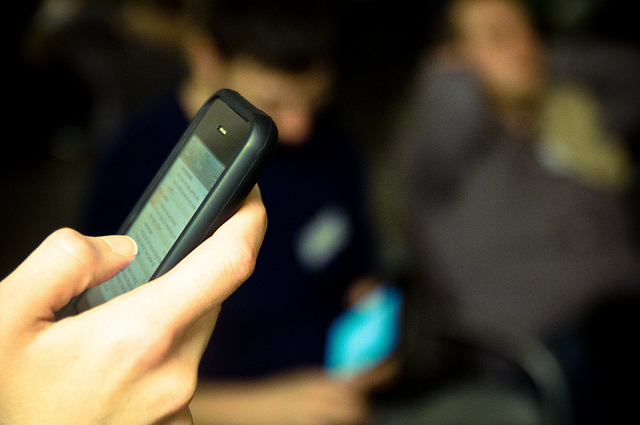 It’s hard being in your twenties, right? I have been in my twenties for about six months, and I am already over it.

The second I turned 20, my ambition waned, I lost my ability to wear pants every day, and I now spend most evenings on Jezebel while watching “Sex and The City” re-runs and wondering why I am so alone. These are the side effects of being 20 and a millennial, according to viral websites such as Buzzfeed, Upworthy and Thought Catalog.

Is this decade of our lives really that difficult? Most people go through it, and plenty make it out mentally sound. I am not just saying that to comfort you; there are billions of people over the age of 29. Sure, some of them could probably benefit from seeing a psychologist once they emerge from their twenties, but so could teenagers, and definitely a few in the seven to 10 bracket.

What I’m saying is, I’m not sure being in your twenties is any harder than being in your thirties, forties, fifties or so on. Everyone just wants you to assume that it’s futile and depressing all the time. It’s like if you’re not complaining about the struggle that is your twenties, you can just get out. We don’t need your positivity here.

For starters, everyone on the Internet thinks millennials are useless and in need of guidance. If you don’t know what a millennial is, what kind of accommodations do you have under your rock? Do you have room for one more? It seems impossible to escape this overused term. By definition, millennial is another term for Generation Y and is a term that describes anyone born between the early 1980s and the early 2000s. This means you hardly remember a world where “Google it” was not a common expression. To me, a millennial, that is incredible.

I love the convenience of having the answer to all of my mundane questions only seconds away. Can you imagine having to go to a library to find a book about vegetables that time you wanted to know whether or not there are eggs in an eggplant? I am annoyed just thinking about that, and older people on the Internet see something intrinsically wrong with me because of that mindset. Something is wrong with our generation because we love Google and iPhones? Okay, Judgmental Judy, relax.

Recently, Buzzfeed created a list called, “13 Skills Your Grandparents Had That You Don’t.” The “you” here refers to millennials, and thus, everything on the list was an implication of our apparent overdependence on technology.

For example, one of the skills listed was “the ability to use a phone book.” What? Who cares? That doesn’t make my grandparents any better than me. Remember your last job interview when you were asked about your critical phonebook-use skills? Yeah, me neither. It is interesting to consider how times have changed, but too many discredit millennials for being so willing to use new technology.

The authors of articles like that aren’t living your life and granted, neither am I, but the difference is that I’m not trying to make you feel guilty or anxious that you’re missing out on “real life” because you’re 22 and you enjoy live tweeting episodes of “Scandal.” You’ll be okay. We’re millennials; we’ve been cyber-bullying before it was illegal. We’re tough. We’ll make it through okay.

Zoe Johnson is a Confusion Corner columnist and knows you need to break a few eggplants to make an omelet.