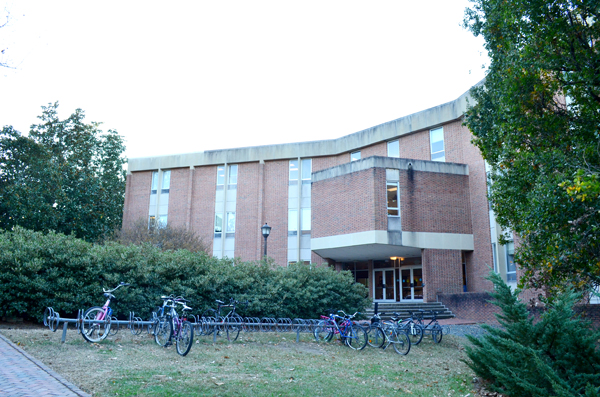 Morton’s myth may be built on faulty foundations, but that doesn’t mean the building itself is without fault.

“This [building] is not very functional and not very aesthetically appealing,” government Professor Clay Clemens ’80 said. “It’s not very attractive looking and all sorts of little features of it just don’t work.”

Morton Hall, the College of William and Mary’s home for the economics, sociology and government departments, has been known for its complications on campus since its construction in 1973.

To Clemens, the largest problem Morton has faced over the years has been its faulty foundation, which, at one point in time, appeared to be sinking. About 15 years ago, it was discovered that Morton’s foundation was settling, causing the building to be essentially pulled apart, a phenomenon evident in the cracks that line the basement walls. To monitor the cracks, Facilities Management installed small meters that measure the shifting of the buildings foundation, which can still be seen today on Morton’s basement walls.

Almost a decade ago, the problem became even more prominent when Facilities Management investigated the area beneath Morton’s basement and discovered the floor was suspended over six feet of empty space.

“Facilities Management half-seriously said we shouldn’t plan on holding any square dances, because they were worried about the foundations,” Clemens said.

Beyond foundation issues, Morton has also faced problems with flooding over the years. John McGlennon, chair of the government department, began teaching in Morton in 1974, only one semester after the building opened.

“My earliest memories of this building included seeing the chairman of the department at that time, a lovely lady named Margaret Hamilton, with a mop and pail and her pearl necklace, cleaning up after the floods,” McGlennon said.

Since Morton’s foundation has stabilized, flooding has occurred less frequently and is no longer is a major problem.

Beyond physical flaws, Morton is often the subject of some criticisms concerning its aesthetics. Carpeted walls, a windowless room, faulty air conditioning and an elevator that is infamously slow are just a few of these imperfections.

“It’s very drab in appearance,” Clemens said. “If you look at it from the front it has a big kind of nose sticking out. All of that is very unsettling. [There are] some wonderful trees that just look like something out of Disney’s ‘Fantasia.’”

Professor Carlisle Moody has taught in Morton Hall since the building opened and said he finds the building’s overall layout itself to be a problem.

“The way the building is designed, it’s in a ‘Y’ shape, which means it has no central core,” Moody said. “It puts people away from each other rather than bringing them together.”

Despite Morton Hall’s flaws, there are a few qualities left which give the building some advantages.

“This building has one advantage over all other building’s on this campus and that is that it has a huge parking lot right outside,” Moody said. “That’s its main attraction.”

“It’s a building that suggests that the human spirit can accomplish great things even in the most miserable surroundings,” McGlennon said.