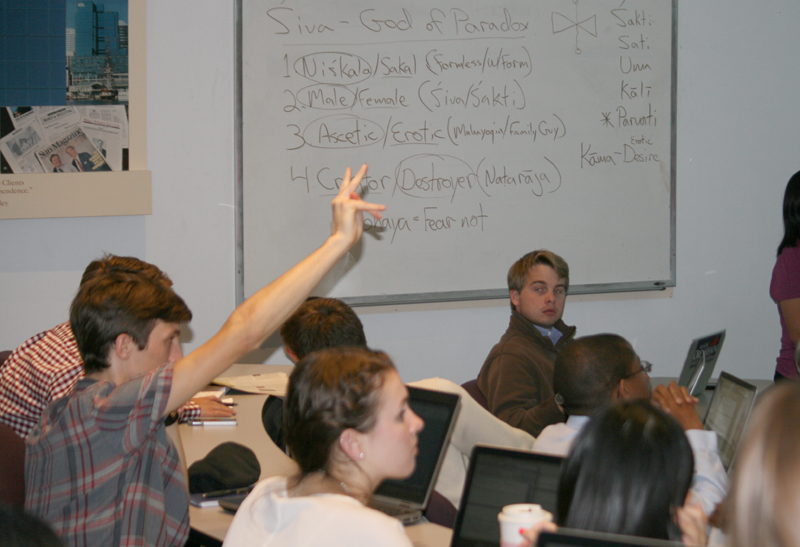 At the final meeting of the fall semester Tuesday night, the Student Assembly senate unanimously passed the Code Revision Committee Act, which focuses on updating the SA’s current code.

The act calls for a committee composed of senate, undergraduate council and graduate council members who will evaluate the current code and make suggestions for how to make it more comprehensive. The senate created the committee last year and is continuing the tradition.

“I love this bill. I think the code revision committee is one of the best things that we did last year,” Sen. Colin Danly ’16 said. “I hope that future senates will continue our kind of tradition of bringing this up every year. The code in my mind is a living document. It’s very dense and takes a lot of time to really synthesize it all and really revise it to keep up with the times.”

Senators also raised concerns about a clause in the bill dealing with permanent funding for publications. A discussion arose about whether publications receive that money from the Executive Appropriations Committee as stated in the bill or from the Publications Council. The clause was eventually deemed unclear, so the act was tabled.

Undersecretary of Religious Affairs Hannah Kohn ’15 introduced the Religious Diversity Act. The bill allocates $1,000 to go toward a survey that aims to increase understanding of diversity, religion and spirituality.

“What I want to do with [the survey’s results] next year is use this information to really make programming engaging and relevant and important for our campus and it will also be used in conjunction with faculty training … so it will be used in a lot of different venues on campus,” Kohn said.

Senate Chair Will McConnell ’14 assigned the bill to be discussed in the student life, outreach and finance committees.

Senators also discussed the Charter Day Concert Act, and the performer should be announced during the exam period.

“We do have a contract that’s out in the works and we are waiting on [the artist] to sign it,” Secretary of Outreach Kendall Lorenzen ’15 said. “We are planning on announcing it at the Yule Log Ceremony.”

Secretary of Health and Safety Alicia Moore ’14 presented her monthly update to the senate, reviewing the expenses of the subsidized STI testing funded by the SA. For the 2013 fall semester, $3,334 was spent on the subsidized testing, leaving $16,252 in funding for next semester.

“The subsidy is fine. It definitely decreases the barriers to testing for some students,” Moore said. “And for those who still can’t afford it at that reduced price … that’s why we think that doing a free [STI testing] week once a semester is a good idea.”

Secretary of Diversity Dylan Frendt ’14 spoke about the SA’s Department of Diversity’s project in conjunction with student photographers “Humans of William and Mary.” The project is based off the “Humans of New York” movement and aims to tell the stories of William and Mary students. The movement is already gaining prominence on campus after only being active for two days.

“The ‘Humans of William and Mary’ page has garnered 1,534 likes in less than 48 hours,” Frendt said. “We could very soon be the biggest ‘Humans’ college campus in America and the world.”

Lastly, senate Secretary Jimmy Zhang ’15 tendered his resignation Tuesday, as he will be studying abroad for the spring semester in La Plata, Argentina. He received a standing ovation by the senate after the announcement. Zhang has served on the senate since his freshman year.

“I’ve given it considerable thought,” Zhang said. “I thought that this would probably be my only chance to go abroad and have that experience. … It’s been such a great pleasure to be a part of the senate.”