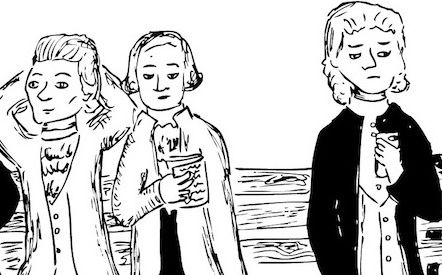 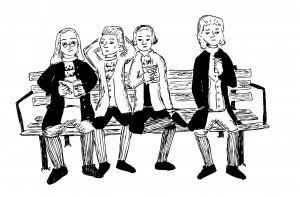 “The study of early America is diverse and dynamic, both geographically and in the number of disciplines involved,” Visiting Editor of the William and Mary Quarterly Eric Slauter said. “It encompasses not just the history of North America, but the contributing cultures of the entire Atlantic world of Africa, Europe and Latin America.”

Falling under the umbrella of the Omohundro Institute of Early American History and Culture, the WMQ is an academic journal which publishes scholarly work on early American history in such diverse fields as anthropology, art history, economics, literary studies and political science.  The publication was founded in 1892, but the third series — the most current journal in production — began in 1943, along with the Institute itself.

Experts from all over the world and from many areas of study submit their research in the hope of being published by the prestigious journal; it was named one of the top journals in the field of history by the British Academy. Many authors of accepted articles consider  publication in the WMQ one of their greatest achievements. Recent obituaries in the New York Times for two prominent historians even mentioned their WMQ articles beside their prize-winning books.

“The William and Mary Quarterly has sought to publish contributions that cross disciplinary boundaries with work by not just historians, but also scholars of literature, architecture, archaeology, cartography and material culture, to name a few,” William and Mary Quarterly Managing Editor Meg Musselwhite said. “What I enjoy most of all is the variety of approaches the articles demonstrate, because with every issue, I learn something new.”

On average, 110 submissions from all over the world pour in each year. The process that authors go through in order to be published is extensive and thorough.

When an article is received, Slauter and office manager Kelly Crawford send it out for peer review as quickly as possible. These readers’ reports combined with the submissions make a formidable pile of reading for the staff to complete in order to deem an article WMQ-worthy and applicable to the readership of the journal.

“The Quarterly is unique because we ask for the opinions of five experts on any one manuscript,” Slauter said. “That is a level of intensity that few journals have ever aspired to attain. We do this because it helps the people whose articles we accept as well as those that we cannot accept.”

Of the submissions that are received, only around 10 percent are accepted and published in the journal, so the rate of rejection is high. However, Slauter says the rejected authors still receive helpful feedback about their work.

Once the reader reports come back, the WMQ staff renders a decision in which  they let the author know whether they want to publish  the article, want to postpone publishing the article, or feel that the article doesn’t target an appropriate subject for the Quarterly.

After an article is accepted and edited, it is then sent off to the fact-checkers — otherwise known as graduate assistants.

“[The apprentices] painstakingly and wonderfully make sure every single quotation is correct with the page number, double check references, and even check the data from tables to make sure it is as accurate as it can be when the information is presented in the journal,” Slauter said.

Five graduate assistants are responsible for fact-checking footnotes, quotes and data in each and every article before it is considered ready for publication. These first-year students in history and American studies graduate programs are given the opportunity to work in apprenticeships, and can note their program preference. Their applications are reviewed by Musselwhite and Arnette as well as by the editors of the Omohundro Institute’s Publications department; five students ultimately join the staff.

“It is really interesting because it shows you that even these experienced scholars, historians and graduate students make mistakes at first, too. It’s nice in a humbling way,” graduate apprentice Caylin Carbonell said. “There is a high level of detail maintained through the whole process and it is a lot of work, but it’s nice to be able to see the process that goes into publishing a journal with this much prestige.”

After undergoing the fact-checking and editing processes, the manuscripts go to a copy editor: either Managing Editor Margaret Musselwhite — who also works on the Review of Books section — or Assistant Editor Carol Arnette — who manages the journal’s production schedule. The editor reads through the manuscripts to confirm that the articles read well and ensure that the finished articles will speak to the widest audience possible.

“We work with the authors to make the articles as clear and correct as possible,” Arnette said. “Authors are so involved in the subject matter of their works that it can be difficult for them to see what information is missing to make their point clear. We help them see how a reader who is not familiar with their subject matter will understand their article. We work with the authors through multiple rounds of editing and page proofs to look for small remaining errors.”

They often ask the authors questions about their research as well. This back-and-forth process can sometimes continue for weeks before the article is finished, proofed, checked by the author again and then ready to be published.

The storage database JSTOR, founded in 1995, now has thousands of journals to look at, but the WMQ was one of the ten  journals requested at JSTOR’s founding. All articles from WMQ are now kept there for students and scholars to peruse.

WMQ journals serve many purposes, from providing classroom material to publishing groundbreaking research which has won the journal approximately 30 awards for articles it has published.

In 2012 alone, three articles won awards: David Silverman’s “The Curse of God: An Idea and Its Origins among the Indians of New York’s Revolutionary Frontier,” won the Herbert H. Lehman Prize for Distinguished Scholarship in New York History; Juliana Barr’s article, “Geographies of Power: Mapping Indian Borders in the ‘Borderlands’ of the Early Southwest,” won the Bolton-Cutter Award from the Western Historical Association; Katherine Grandjean won the American Society for Environmental History award in environmental history for her research entitled “New World Tempests: Environment, Scarcity, and the Coming of the Pequot War.”

“We want pieces on both perennial themes and novel topics, with research that speaks to large issues or that introduces new methods or sources. We want articles that are asking or answering big questions,” Slauter said. “There isn’t a cookie-cutter Quarterly article — there is such a great diversity — and it’s completely humbling too because no one editor can be conversant in all those issues.”